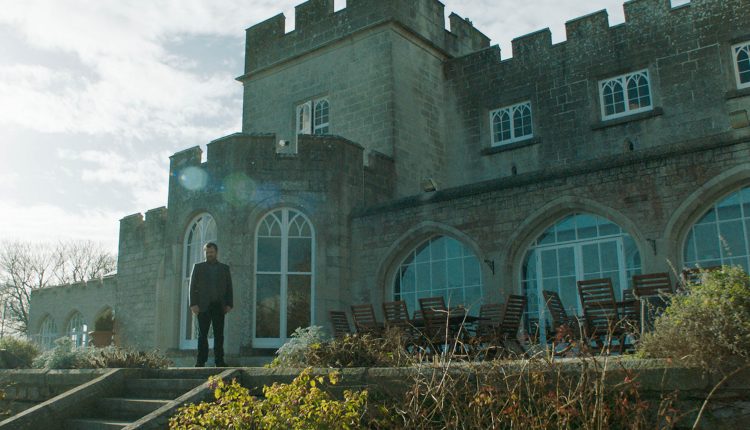 Your typical American family drama will test a previously stable household with the threat of it falling apart. The British sort, on the other hand, accept that chaos, arguing and bad blood is simply how families operate. So Happy New Year, Colin Burstead is sort of familiar film in the context of British cinema but is a stand-out in the back catalogue of its creator.

The fifth directorial feature from Ben Wheatley reunites him with Kill List star Neil Maskell, in the title role as the self-made-man inviting his extended family to a remote country house for a New Year’s celebration. Given the writer/director’s past form (this is the first time wife Amy Jump has not got a screenwriting credit), a significant amount of the tension in the film’s first half is generated from the expectation that something unspeakaably horrible and probably quite violent is going to happen.

Except Happy New Year, Colin Burstead never bursts into High-Rise style mania, nor the bloodily black comedy of Free Fire (and Kill List fans should be reassured: no hunchbacks here). Instead, Wheatley cross-cuts between the mounting — at times near-unbelievable — number of simmering tensions, arguments and divisions within the Burstead family as they turn up at the party.

Father Gordon (Bill Paterson) needs to borrow money from his son after a deal gone wrong, but refuses to elaborate on the details to wife Sandy (Doon Mackichan). Uncle Bertie (Charles Dance) is preparing a speech about his encroaching mortality. Family friend Sham (a scene-stealing turn from People Just Do Nothing co-creator and star Asim Chaudhry) recently broke up with the caterer (Sinead Matthews).

Worst of all, estranged son David (a wonderfully smug and punchable Sam Riley) has been invited, which nobody seems happy about, his encroaching arrival providing the conflict for the film’s opening half hour. There’s recognisable DNA in Happy New Year, Colin Burstead — its plausibly flawed characters, viciously sharp comedy and political subtext are very Mike Leigh, in content if not style; there’s something of Festen in the handheld cinematography and warring family — but it’s Wheatley’s show.

Well, Wheatley and the cast, who are uniformly fantastic, with especially high marks for Maskell in the title role. Apparently the film was originally titled Colin, You Anus, both amusingly profane and a nod towards Shakespeare. Maskell’s character is not always on screen, but he is almost always the one being talked about. He is the one trying to create the illusion of a perfect family, at least making an attempt, something they alternately despise and deify him for.

If the ending of most American family dramas has some sort of unity being recovered, it’s not spoiling anything to say Happy New Year, Colin Burstead accepts that you can’t change — nor escape — your family.