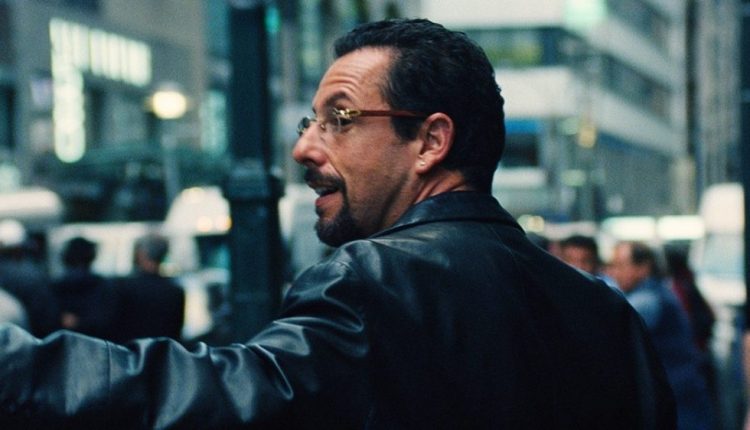 Uncut Gems was a brash, bold and nerve-shredding choice for this year’s #LFF Surprise Film. One that proves writer-directors The Safdie Brothers are diamonds in the rough.

Howard Ratner (Adam Sandler) is a New York jeweller who is up to his eyes in debt at the bookies. Upon receipt of an uncut opal stone, Howard sets in motion of chain of events that will either set him up for the ultimate win or find himself digging a deeper hole he won’t get out of.

It has many similarities with their previous film Good Time, which drew you in to the protagonist’s story and chase for resolution. The real skill is taking characters who are not necessarily the most likeable but still have you willing them to succeed.

Adam Sandler is someone who has delivered a number of questionable films over the years. To the point that finding a quality film or performance is like finding a sterling silver needle in a haystack. Yet here, he is absolutely magnetic that, just like the eponymous uncut gem, you cannot take your eyes off him. He is like a cinematic Energiser Bunny. His energy keeps the audience on the edge of their seat. Channeling that anger and charm into arguably his finest performance since Punch Drunk Love.

The Safdie Brothers take that energy and use it to propel the film forward. Using Darius Khondji’s cinematography and Daniel Lopatin’s score to maintain its breakneck pace that never takes its foot off the gas for a second.

It is one of the most intense movie-watching experiences of the year. Audiences will find themselves captivated and completely emotionally invested in the outcome of a basketball game… even if they are not sports fans.

It was famously said that “Diamonds are a girl’s best friend”. For fans of cinema, especially those who love A24 films, Uncut Gems is your new best friend.