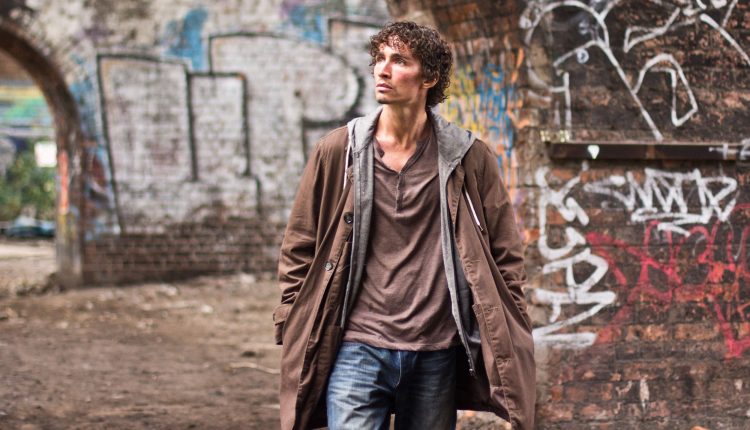 I wonder how long it will be until someone tags this film “The Sick Sense”? In fact, I should stop wondering. I just did it, didn’t I? Well, that’s a not entirely inaccurate summation of this movie. Robert Sheehan plays the central character, a young man, Jack, driven to insanity by the dead coming to talk to him, and asking him to pass along messages that nobody believes. When he’s approached by the spirit of a man who was recently murdered (Jack Fox) he tries to dissuade him. The dead may have good intentions, but things don’t always work out as planned. The man insists, however, and Jack is soon struggling to keep himself together as the errand takes its usual mental toll.

I don’t say this often, but The Messenger would have been a better movie if it hadn’t been so unambiguous throughout. People with psychic powers have been shown to be struggling to deal with them before, of course (with The Sixth Sense, Stir Of Echoes and The Gift showing the various damage that can be caused to seers of the dead), but this movie takes time to depict the main character as someone with real problems. To wonder whether the problems were caused by the sightings or whether the sightings were a symptom of some other problem would have been an interesting way to view the movie. Sadly, writer Andrew Kirk doesn’t seem interested in that viewpoint. Which isn’t to say that there’s nothing here of interest. Just seeing how people react to Jack, and the attitude that he’s built up over the years to deal with the resentment and disbelief that he encounters, is interesting enough, and there are some other insights into the human psyche that will leave viewers with something to mull over after the end credits have rolled. It’s just a shame that those credits come along about 5-10 minutes after they should have.

Director David Blair packages everything well, with plenty of flashbacks and transitions helping to display Jack’s mindset, so often rooting through his past to figure out why he’s stuck in his present circumstances. The fact that he has Sheehan in the central role is the biggest positive for the movie, because that young man has proven himself time and again to be one hell of an actor. He doesn’t disappoint here. The same can’t really be said of Lily Cole, Tamzin Merchant, Joely Richardson, Alex Wyndham or Jack Fox. Cole is the best of the supporting cast members, not counting the dependable-as-always David O’Hara, but the rest never come close to acquitting themselves admirably alongside Sheehan.

It’s difficult to figure out just who this is best suited to. Those who enjoy the drama of it may be put off by the mild supernatural element, and those wanting anything spooky will be disappointed. If you like macabre humour then there’s some here for you, but not enough. And too many scenes undo any moments that could have been looking seriously at someone with rapidly deteriorating mental health. Yet I hope people give it a chance. It’s good, and not being able to pigeonhole it doesn’t detract from that fact.