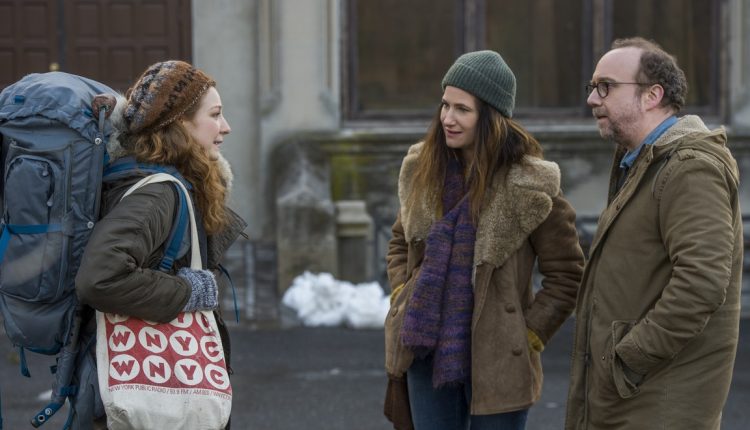 Say what you will about their wider effects on the industry — and Cannes will surely continue to do so — but Netflix have almost single-handedly revived the mid-budget American adult drama. They bought up Noah Baumbach’s The Meyerowitz Stories (New and Selected) last year, released Nicole Holofcener’s The Land of Steady Habits just this month, and now we have Tamara Jenkins’s Private Life following in the same vein.

What do all of these films have in common? Well, all centre on a particularly privileged East Coast bubble, so your mileage may vary on how much you sympathise with the #FristWorldProblems of Manhattan brownstone dwellers. They also have a uniformly low-stakes (relative to, say, Infinity War) narratives with nary a hint of inciting incidents or propulsive plots. They’re character dramas which observe the minor collisions of overlapping relationships.

In the case of Private Life, those relationships are the childless marriage between writer Rachel (Kathryn Hahn) and theatre director-turned-artisinal pickle maker Richard (Paul Giamatti). They’re trying for a baby by any means necessary: IVF, adoption, you name it. It’s not working. The arrival of step-niece Sadie (Kayli Carter), a college dropout who could help them out of their bind with her healthy young ovum, might suggest the start of some Juno-esque hijinks.

This is a more quiet, considered film than that, though. It’s not an out-and-out comedy, although there are plenty of laugh-out-loud moments, mostly from the frustrated and hormone-drunk Hahn. One of the side effects of the fertility drugs she takes is “emotional incontinence,” and there are moments when the disappointments and angst of her and Giamatti’s characters boils over into loud confrontation.

It’s not the gritty naturalism of Cassavettes Jenkins picks at here, though, nor the preciousness of Wes Anderson that occasional collaborator Baumbach sometimes strays into. It’s somewhere in between, alternately cosy and gentle and sharp and serious. Its colour palette and unashamedly intellectual bent recalls the recent films of Ira Sachs (Little Men, Love is Strange). It doesn’t shy away from the slow-churning internal tumult of its characters, nor the broader moments of Sadie bickering with her parents (John Carroll Lynch and Molly Shannon, the last doing wonders with a not-wholly-sympathetic part as Sadie’s disapproving mother). 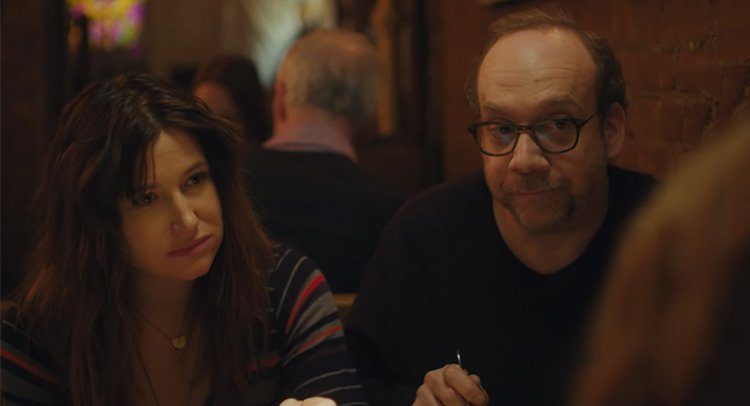 “Adult” is the word, not to imply anything pornographic or arousing — there is some casual full-frontal nudity, and the film opens with a gag where Hahn is framed in such a way that you think her and Giamatti are about to do the horizontal mambo, only for him to jab a needle into her butt — but in the way it explores the less bombastic, clerical emotional drama of its middle-aged protagonists.

This can make Private Life a bit of a hard sell. Like Holofcener, Tamara Jenkins hasn’t made many films, often with significant gaps between features. This is her first since the similarly engaging, mature The Savages from 2008, with Laura Linney and the late Phillip Seymour Hoffman as estranged siblings dealing with their dying mother. Partly this is down to the continued culture of male privilege and unexamined, internalised misogyny of Hollywood. It’s also because “this is a sort of sad, sort of quiet film about a couple trying and failing to have a kid, but in a fairly low-key way, but also it’s very good” is way too long for a tag line.

It is accurate, though, and Private Life is very good. It’s for a very specific audience, one who can handle discussions of literary magazines and whose eyes didn’t roll entirely out of their heads when they read the words “artisinal pickles” a couple of sentences ago (although I wouldn’t blame you if they did).

For those that can bring themselves to invest, the dividends are small but precious: some of Giamatti’s best dramatic acting since Sideways, a fully complex character in Hahn’s Rachel, a career-making role for Carter in what could have been a cliched lost-arts-graduate character. A poignant, deliberately reduced, little drama attuned to the gentle (if sometimes choppy) rhythms of everyday life.