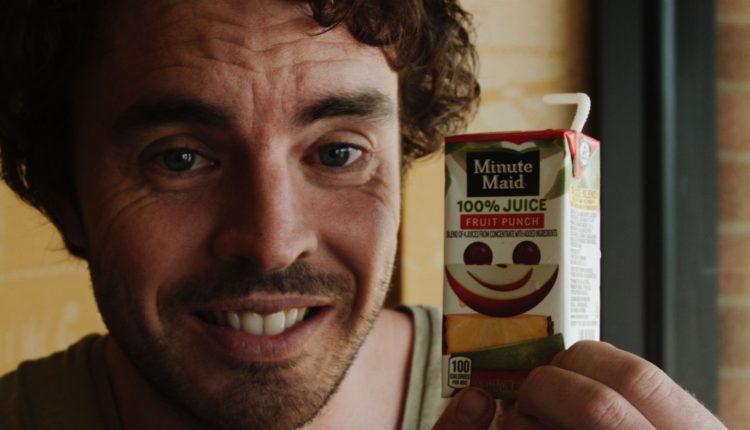 Did you know that sugar can create a mindset similar to those of an addict? Did you know that many of the foodstuffs we buy nowadays contain hidden sugars? Did you know that the companies looking to profit most from the product that they sell also fund research that shows their stuff is relatively harmless to our bodies? These obvious statements, and a few more besides, are put on display in That Sugar Film as if they are earth-shattering insights. They’re really not, and Damon Gameau already knows that, which explains why so many moments here are dressed up with graphics and visual stylings that set the whole thing up as some kind of primer for young schoolchildren. Hey, maybe that’s the whole idea. And commendable it is.

Gameau, who has avoided refined sugar in his diet for many years, has decided that he wants to find out more about the effects sugar can have on the human body. So he does this by assembling a team of experts to monitor his health, and going on a new sugar-centric diet for 60 days. His goal is to consume 40 teaspoons of sugar each day. Which is an average amount for us all. In fact, sadly, it’s probably a below average amount for many. Yes, I would also be very surprised if the very first title considered for this documentary wasn’t Sugar Size Me.

I know that I’m griping, but now I can start to tell you what Gameau gets right here. First off, he’s a likeable, fun guy. So that’s a big plus point. Second, his diet challenge requires him to eat foods that would otherwise appear to be healthy. He’s not to binge on candies or fizzy pop. Perhaps the most worrying aspect is the way in which Gamea can easily reach his daily target by eating and drinking breakfast cereals, fruit juice, smoothies, yoghurts and many more items that we wouldn’t think of as unhealthy options. Third, That Sugar Film really educates people (including myself) on the little-known topic of all calories not being equal. One calorie of the wrong sugar affects your body very differently from one calorie of the right fat, for example, and in highlighting this factoid the documentary really does a service to everyone wanting to look after their own health.

The middle section is where the film peaks. Whether he’s showing you how the sugar in your food and drink would look without being packaged or hidden away, or showing a young lad with teeth so rotten from drinking too much Mountain Dew that he will need them all removed, Gameau packs in plenty of shocks to try warning us all off overdoing the sweet stuff.

Unfortunately, that middle section is bookended by some dull, familiar content that barely manages to inform and/or entertain viewers without being just a bit too patronising. And the least said about the ridiculous musical number that ends the whole thing the better.