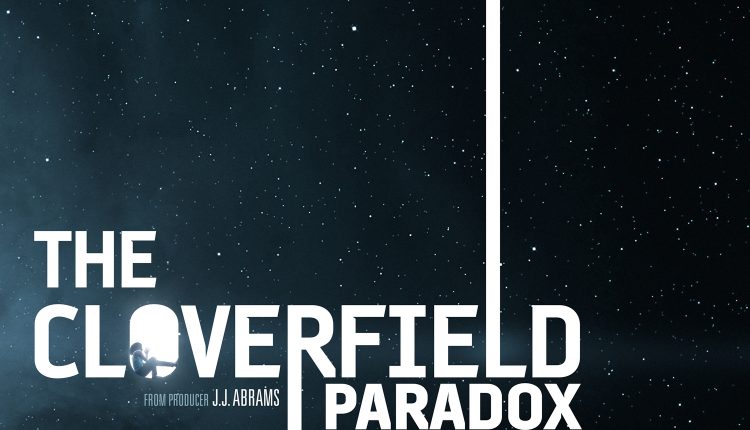 In space, no one can hear you stream.

Cloverfield is one of the more inconsistent franchises out there.

The original, released in 2008, was a monster movie that tapped into post 9/11 fears, replete with shaky imagery and a large, Godzilla-like creature, that stomped and screamed its way through New York, eating yuppies and camcorder wielding loft dwellers.

Its sequel, 10 Cloverfield Lane (2016), by far the best of these films, was a neat, claustrophobic thriller that bottled it in the final act, turning its back on the ingenious psychological horror of its set up and running back into the arms of its b-movie roots.

Which brings us to The Cloverfield Paradox (2018).

Paradox is an appropriate title, for at the heart of these films has always been mystery.

However, three movies later, the mystery is starting to peel, making any future instalments less tantalising, the paradox being, the more we know, the less we care.

Paradox is also a statement of intent for its distributer Netflix, who have decided to release the film without so much as a trailer, let alone hype.

Away from the Super Bowl hyperbole about the film being a first, in terms of release strategy (although let it be noted that Steven Soderbergh has been talking about this idea for years now), the film, it turns out, is probably better suited to TV than the cinema screen, anyway.

Directed by Julius Onah, the story is mainly set on a large space station, unsurprisingly named The Cloverfield, orbiting an Earth on the brink of civil upheaval and manned by an improbably multi-national, bi-lingual, gender balanced, racially mixed crew (German, Russian, Chinese, English, American and Chris O’Dowd) that makes one wonder why they didn’t name the ship The Diversity.

Considering the breadth of cultures here, there doesn’t seem to be one particularly stand out character, other than O’Dowd, whose primary function is comic relief.

It’s a shame, given the talent on display, not the least of which includes a superb performance from Gugu Mbatha-Raw, an actor so good that she consistently lifts any project she appears in.

However, lift isn’t really what the film needs, as much as thrust.

The script, by Oren Uziel, meanders, the plot lacking any clear focus, before, somewhere in the second act, it seems to give up completley, happy instead to just throw any old science fiction cliché at the metallic walls, to see which sticks, which, as it turns out, are alternate dimensions, pissed off particles and dialogue so on the nose that it might as well be a piercing.

“These aren’t the things we know, because they don’t belong to us,”

“This dimension is eating us alive,”

Of course, it feels almost churlish to complain, and indeed, there are things to admire here. The visuals and effects work are wonderful, while the design of the space craft itself is impeccable.

You also can’t really blame Onah for falling back on tried and tested cliché, in a film that couldn’t possibly exist without the myriad films that have clearly influenced it.

It’s just that you feel like you’ve been here, many times, before, the film essentially the afterbirth one might expect if Ridley Scott’s Alien mated with Danny Boyle’s Sunshine, while being dragged through a black (plot) hole.

Highly creative use of a foosball table-as-weapon aside, The Cloverfield Paradox feels not so much a new twist in a franchise that nobody really asked for, as it does the fading light of a particularly buggered star.

The Cloverfield Paradox is available to stream on Netflix now.