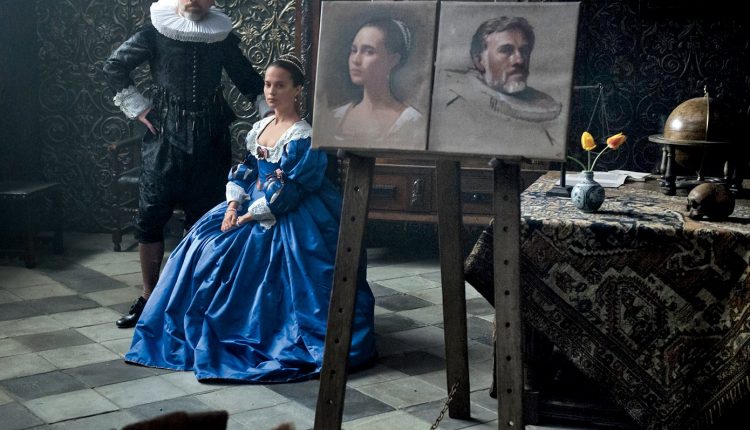 Internet critics have exaggerated: Tulip Fever is not a lifeless flop. It is imperfect, occasionally uncomfortable, but not disastrous. Although the film does not reach its full potential, its qualities, which consist of that potential, should not be denied.

There are some problems with narrative time, which lacks condensing and dynamism. This is largely due to the impression one gets that there is a convergence between the first and second part of the film, inexplicably. As a result the ending unravels and appears splayed, granted perhaps intentionally. It is also hard to deny that the plausibility sometimes leaves to be desired. Fundamentally,a daring choice was made in selecting a fabulous subject: the tulip craze that possessed Holland in the 16th century. With such an interesting and pliable topic, we could have been offered a more macrocosmic view of the phenomenon as a whole: we yearn for that above and beyond. Instead, we are offered a very focused love story between an orphan and an artist, which does include a surprising twist. Again, it certainly is by no means a low quality film, but one that simply rises slightly over the lukewarm threshold. When you see the trailer, it all looks very exciting, but falters in comparison in the film – although, perhaps, inevitably. It’s hard to live up to something that Dumas wrote about.

What is certain is that Tulip Fever would be much less appealing without its art direction. The attention to light and dark, rich blues and natural yellows seem to draw their inspiration from Vermeer and Rembrandt, and certain stills do capture that quintessential Dutch charm of those paintings from long ago, even if it is an English production. Holliday Grainger, who plays well, has a rosiness that enhances the effect. Even the grungy filth of the streets carries credibility – and what was clever was the presence of religiosity permeating both the larger collective and the individual consciousness, giving characters a moral foundation that catered to the epoch and did the plot a favor by preventing a slip into a cheesy and overly conventional love story.

Judi Dench, as always, is irreproachable, even as a somewhat collateral character. Christoph Waltz merits particular applause for handling a not entirely intelligent role with grace.

Memorable? Vaguely. It’s an undeniably pleasant film, with pretty people and pretty scenes. We get an impressionistic expression of a remarkable society: an experience in its own right.

Scene Stealer – What d’you say we get a cup of coffee?