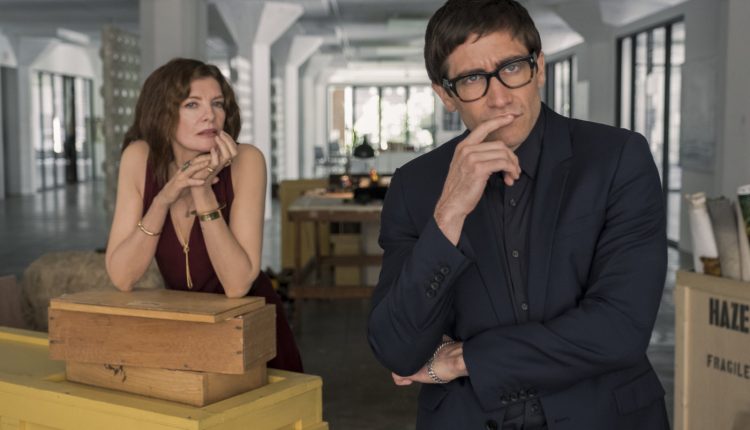 In the art world, people spend a lot of time seeking meaning and answers within a piece of art. Art like the movies, can be entirely subjective. Different people see different things. So just like the wonderfully monikered Morf Vanderwalt, how should one approach and critique Velvet Buzzsaw? After all, “critique is so limiting and emotionally draining”.

Some people are approaching Velvet Buzzsaw like it should be in the same realm as Nightcrawler, the first film that teamed writer-director Dan Gilroy with Jake Gyllenhaal and Rene Russo.

In reality, Velvet Buzzsaw is nothing more than it initially appears to be. There is no deeper meaning. Like Ronseal, it does exactly what it says on the tin.

Velvet Buzzsaw is a late night horror. A piece of Grand Guignol trash. Pure and simple. And what glorious trash it is.

Jake Gyllenhaal has proven himself to be one of the finest actors of the last 15 years. Yet there is something about a Netflix production that brings something out of him. A willingness to take even bolder choices and swing for the fences (e.g. Dr. Johnny Morris in Okja). His preening, presumptive, preposterous art critic is a joy to behold and proof that he knows exactly what type of film he is acting in, complimented by the types of vacuous, awful people that the audience cannot wait to see get their comeuppance in inventive, grotesque ways.

Cracks in the film’s glossy veneer start to appear however towards the end with a frustrating lack of answers to the mystery at the heart of the killer artwork.

Velvet Buzzsaw is a Jackson Pollock-esque composition of (The Ring + The X Files) x The Episode Of Friends with Phoebe’s picture of Gladys and while it may not be as provocative and celebrated as a Banksy, it will supply Netflix with a plethora of the new modern art form… Memes!