10 Harry Potter Quotes to Live Your Life By

Billions of people around the world live their lives adhering to the scriptures found inside a book. The content of the holy text may differ depending on culture, country and custom, but great swathes of the human population find solace and direction in words written down centuries ago.

What if people took the same approach to quotes from the ‘Harry Potter’ franchise? Of course, that’s not to suggest you should begin brushing up on your spells or practicing on the broomstick, but the books and films do yield a veritable treasure trove of wisdom. Here are a handful of the choicer quotes from the pen of J. K. Rowling.

1) “Differences of habit and language are nothing at all if our aims are identical and our hearts are open.”

Following on from the point made above, Rowling underscores the idea that regardless of nationality, ethnicity or creed, we’re all human at heart.

2) “But you know, happiness can be found even in the darkest of times, if only one remembers to turn on the light.”

3) “It does not do to dwell on dreams and forget to live.”

Failing to plan is planning to fail… but then again, if you spend all your day planning, you’ll never accomplish anything. Be confident about what you want – and then go and get it.

Hagrid’s proud affirmation of his identity should resonate with all of us, because there’s nothing more tragic than hiding your individuality to fit in with others.

5) “Words are, in my not-so-humble opinion, our most inexhaustible source of magic.”

Though Rowling puts these words in the mouth of Albus Dumbledore, we can sense that she is speaking directly to the audience here. Imagination, given life by language, is indeed magical.

6) “We all have both light and dark inside us. What matters is the path we choose to act on.”

It’s all very well and good exploring the Dark Arts at the Warner Bros Studio Tour, for example, but differentiating between good and bad in everyday life – and then having the courage to act upon those convictions – is what really shows character. 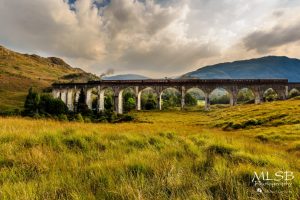 In today’s social media-dominated world, peer pressure has never been more oppressive for the average teenager. Standing by your beliefs in the face of social coercion speaks volumes about who you are.

8) “If you want to know what a man’s like, look at how he treats his inferiors, not his equals.”

Though “inferiors” might be a strong word, it’s true that you can tell more about a person from how they treat those with which they’ll have fleeting contact (waiters, cab drivers, bartenders) than you could from hours in their company.

9) “Perhaps those who are best suited to power are those who never sought it.”

This quote, lifted straight out of the annals of Plato, provides an intriguing hypothesis on the nature of ruling. Of course, those who don’t seek power rarely come into it, so the theory remains largely untested.

10) “It is the unknown we fear when we look upon death and darkness. Nothing more.”

Somewhat paraphrasing the legendary American president Franklin D. Roosevelt (“the only thing we have to fear is fear itself”), Dumbledore extols yet more wisdom on how to best conquer our innermost terrors. 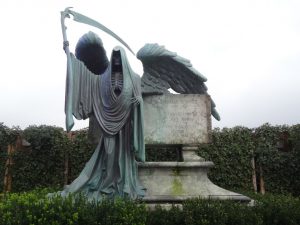