“Sure, Kill Bill’s a violent movie. But it’s a Tarantino movie. You don’t go to see Metallica and ask the fuckers to turn the music down.” Quentin Tarantino.

This week, Variety reported that Tarantino’s new flick, believed to involve the infamous Manson Family, is set for release on the 50th anniversary of the LaBianca murders. This comes as film fans are already concerned with regards to how the slaughter of five people, most famously including actress Sharon Tate, will be handled by the former enfant terrible of cinema. 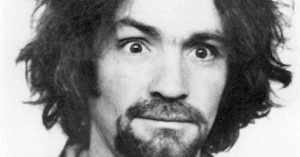 Factor in the recent death of Manson Family patriarch Charles Manson on November 19th, and this is already sounding like the most interesting, if not contraversial Tarantino film in a long, long time.

How are you feeling about Tarantino taking on Manson? Let us know in the comments below.