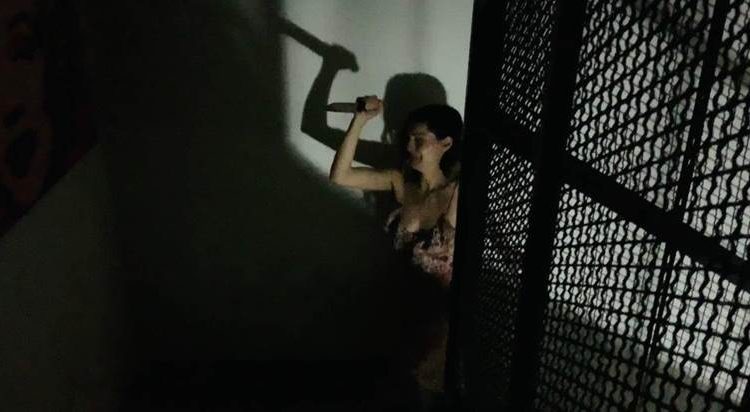 What do you do if you’re Italian musician and film director Federico Zampaglione, confined in lockdown with your daughter Linda and partner, actress Giglia Marra? You grab your iPad and shoot a short horror film of course.

Taking inspiration from the tensions which arise during confinement within an isolated house, and the catastrophic effect these have on a mother (Marra) and her daughter (Linda), the nine minute film was shot over three days.

Zampaglione says that he suggested making the film because his daughter was bored being stuck in the house during the current lockdown, and that he thought they “should have some fun together and stay in a better mood”. Going by the result – a claustrophobic and disturbing exercise in strained relationships – the young Linda could have a whole new screen career, once our turbulent world returns to normal.