Action films. Whether they’re the typical Saturday night ‘beer and pizza’ movies, nostalgic childhood favourites or unashamed guilty pleasure…let’s make a sweeping generalisation and say that everyone loves action films. Even if it’s only the one. We put it to Flickfeast’s team of esteemed writers and expected assertive answers. We were wrong. First up…

It is a commonly-known fact that I love martial arts films. Whether they involve guns, swords or physical hand combat scenes – I prefer these over rom-coms any day. While Enter the Dragon is my first film foray into the genre, it taught me that a film with fists flying can pack a bigger punch than a cheesy love story.

When it comes to favourites, several come to mind – most of them star Hong Kong legend Jackie Chan, who has never shied away from a death-defying stunt to entertain audiences. His films in the late 1970s-early 1980s are the best, ranging from the comical Project A to the intense Police Story, which had the most amazing fight scene in a shopping centre. A special mention goes to Wheels and Meals, which sees him fight against kickboxing champion Benny Urquidez – a pairing that saw what is often regarded as one of the greatest martial arts fight scenes in cinema. 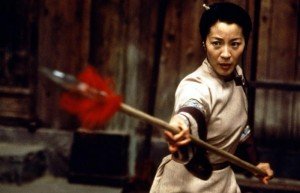 However, another action film close to my heart is Crouching Tiger, Hidden Dragon. In my eyes, it broke down barriers that I never knew existed. It not only stars two compelling female leads who dominate the screen with both their beauty and athleticism, but it opened up aspects of Chinese culture to receptive Western audiences. The fact that it was nominated for ten Oscars shows that the Academy felt the same way.

The martial arts genre has evolved gradually over recent years but it is one of the very few genres that can still surprise you.

They’re brown, with a pasty texture. They taste awful and they come in a little glass jar. Okay, so maybe not quite the analogy one strives for, but we can all agree that they are definitively love/hate.

Outside of critical tongue lashings, however, Bay is often overlooked as a truly great director of action. What he isn’t, is a natural born storyteller, preferring instead, to blow shit up when the plot (if there is one) hits a brick wall. Bay’s solution: blow up the wall. With a tank. That was thrown from the blast of an asteroid, killing everyone except a dog. Dogs always survive.

Bruce Willis and his rag tag team of oil drillers drill a hole large enough to fit both a bomb and an audiences suspension of disbelief.

In Armageddon, Bay grew tired of simply destroying buildings and cars and went global, destroying cities instead. And what glorious drivel it is, too. While certainly not a masterwork, Armageddon hits all the right notes for me, making it one of my ultimate guilty pleasures. Canvases don’t really come much bigger.

Working from that tried and tested action movie cliché of the average underdog saving the day, here we have Bruce Willis and his rag tag team of oil drillers, elected at the request of a government who must be really, really out of options, to blast into space, land on an asteroid the size of Texas and drill a hole large enough to fit both a bomb and an audiences suspension of disbelief.

There is peril aplenty, wisecracks flying at the screen as fast as the space gravel churned up by a decidedly nasty big bad, and Ben Affleck’s jaw bone, which wobbles in time with the thump of Trevor Rabin’s screeching score. Elsewhere, the world braces itself for biblical oblivion, with many a middle eastern community gathering around a tent to watch CNN, although where they plugged in the TV we will never know.

Funnier still is the idea that oil drillers would have any business up on that rock at all. We’re told they’re the best of the best, although quite why NASA would have any knowledge of this is never really clear. Perhaps they have a list for times of crisis. The best pilot, the best lover, the best Lego builder.

Ridiculous? Of course. But fun? Absolutely.

Having never been a fan of the term ‘guilty pleasure’ it feels quite conflicting to use it to describe this action film, but Face/Off would normally fit well into that category. I adore John Woo’s dumb-ass actioner although I know I shouldn’t. The difference is, who cares who knows?

Featuring both Nicolas Cage and John Travolta at the peak of their powers, their Terrorist and FBI Agent each undergo what could be more accurately referred to as a “Personality Swap” in order to eff each other up. This marvel of modern medicine turns a mild-mannered, remorseful Travolta into Cage, and a (guess what?) OTT and cruel Cage into Travolta. And that’s when the fun begins, with them trying to get things back to the norm.

The shoot-outs are so stylish, they may as well have been choreographed by Versace (Versace! Versace!). Double-hand gun poses, slo-mo diving shootings and unlimited bullets are the order of the day. And when the guns get dull, there are pocket knives, broken glass and a harpoon gun to go at. 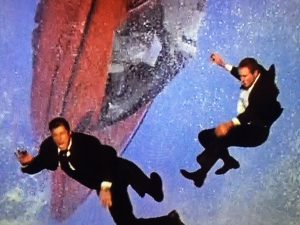 By the film’s third act it seems everyone’s given up on any semblance of the suspension of disbelief. The boat chase sequence (which follows the car chase, the car vs plane chase, the prison break, the church shoot-out etc) sees cast and crew finally give up and phone it in. The most blatant, slow-motion shots glorify the action at the expense of exposing the stunt men, signifying that you may see right through it…but you can clearly see that it’s cool AF. Or to quote Travolta’s Castor Troy: “It’s like looking into a mirror, only not.”

No one does action quite like Johnnie To. The prolific Hong Kong auteur has directed and produced close to 100 films in 40 years and is still going strong, though perhaps his greatest achievement is 1999’s The Mission. The cast includes many Hong Kong superstars (and To regulars) including Anthony Wong, Simon Yam, and Lam Suet. Five bodyguards are assigned to protect a triad boss, and…there isn’t much plot beyond that. Indeed, To has indicated that he prefers to work without scripts, instead improvising based on set pieces.

They mostly stand and wait for each other to appear while To’s camera elegantly weaves around them. It’s less of a gunfight and more of an architectural enquiry.

The film has a sense of detachment unusual for the genre, to the point where the fights are almost abstracted into pure rhythm and movement. The most notorious scene – a shootout in a shopping mall – is remarkable for how little the characters move. They mostly stand and wait for each other to appear while To’s camera elegantly weaves around them. It’s less of a gunfight and more of an architectural enquiry.

Many scenes are wordless – the super-proficient characters simply operate as a unit seamlessly working as one. It is a strange experience to watch an action film so evenly paced and apparently unconcerned with exposition – but this truly is a story told through action. That story is simply the formation of a bond of brotherhood.

If John Woo represents one end of the HK action scale – the school of excess and exuberance – then To is at the other end. This is action cinema done cool and calm: it’s all about restraint, rhythm, and an extraordinary aptitude with space and movement. Every bullet counts.

I guess you could say this action film encompasses a few genres: buddy-cop, action, thriller, comedy… I have such vivid, happy memories of this film and it is technically a Christmas film too, so I get to watch it every year. That’s right…no, not Die Hard. The other Action Christmas film-  Lethal Weapon.

What more does an action film need? Quality opening scene? Check: a drug-overdosed jumper. Mel Gibson’s hair? Check. Kicking, shooting and witty remarks? Check. Must be a 1980’s action film then. They just don’t make them like they used to, that’s for sure.

If you haven’t watched the original Lethal Weapon and instead heard about the new TV show (brrrr), then go and check it out immediately. The uneasy “friendship” between Danny Glover and Gibson blooms fantastically throughout the film, ensuring many, many notable and comedic scenes.And who can forget that fight scene between Gibson and Gary Busey. Martial arts, kicking-the-hell-out-of-each-other fighting in the middle of the night – what a way to spend Christmas. 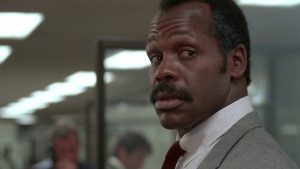 Written by Shane Black (of Predator fame – yes that too is an awesome action film), it features some quality writing which holds up in today’s world; including Murtaugh’s, “I’m too old for this shit,” featured in all four films and generally re-quoted around other films and general day-to-day living by those considering being too old for their shit.

So, without a shadow of a doubt, Lethal Weapon is in my top 10 action films (it’s impossible to have a favourite) and I think, to take the words from Riggs (Gibson), “What did one shepherd say to the other shepherd? Let’s get the flock out of here!”

What are your favourite Action films? Reckon we’ve missed the mark on any? Let us know in the comments below.