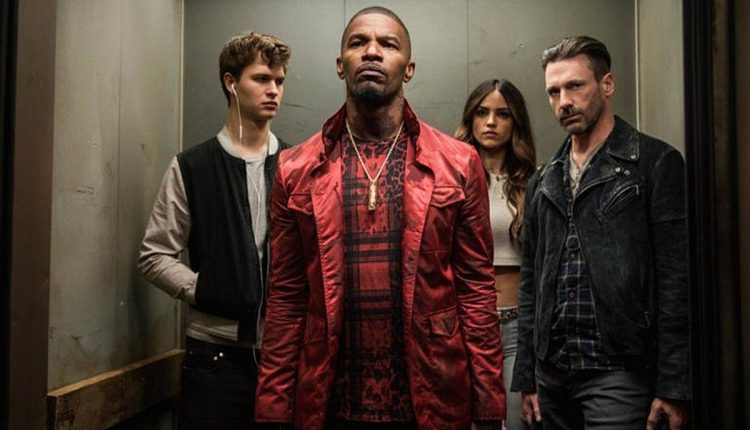 Baby Driver: The Movies Behind the Movie

Last year, Edgar Wright published an extensive list of his favourite films of all time, with 1,000 movies dating back from 1920. With an eclectic cinematic mix of horror, westerns and cult classics, it is easy to see the inspirations behind his latest feature Baby Driver. Starring Ansel Elgort as the eponymous character, as well as Kevin Spacey and Lily James, the film already has a 100% Fresh rating on Rotten Tomatoes and looks set to win audiences on its general release on 28 June.

At first glance, Baby Driver is a high-paced, adrenaline-fuelled caper. However, amid its melee of guns, cars and music, there is a mixture of themes and inspirations that collectively represents something else – a celebration to modern cinema.

With Baby’s intention to leave his life of crime to be with sweet waitress Debora (James), the idea of abandoning a criminal career for a love interest is a common narrative for characters seeking redemption, such as Douglas ‘Doug’ MacRay (Ben Affleck) in The Town, the tragic Benny (Phellipe Haagensen) in Brazilian film City of God, and The Getaway with Steve McQueen and Ali McGraw. However, this escape is conflicted by the relationship between Baby and his boss Doc (Spacey), who coaxes the former into one more job. Like the relationships between Vito and Michael Corleone in The Godfather, federal agent Johnny Utah and the ‘Ex-Presidents’ in Point Break, and even Harry Hill and mobster Paulie Cicero in Goodfellas, there is a dynamic between the two that combines a sense of loyalty, danger and reluctance that dramatises the protagonist’s emotional conflict.

In addition, Baby Driver is an evident crime caper that is full of guns and inventive car chases. With famous car films such as Bullit, American Graffiti, Vanishing Point and The Blues Brothers being a clear inspiration, Wright also incorporates a handful of elements from Quentin Tarantino such as the heist briefing scene in Reservoir Dogs and  Pulp Fiction. In addition, there is a level of familiar camaraderie among the group, including Doc’s ragtag group of self-serving associates, who won’t hesitate to act first and work together later. Films that have a similar level of character chemistry include cult film Battle Royale, True Romance and dark comedy Cheap Thrills.

However, the key element in the film is its extensive soundtrack. With 35 songs on its soundtrack, Wright includes tracks by Queen, Simon & Garfunkel and Blur to name a few to shape and drive the film to a stunning effect. From the opening scenes, he instils a gracefulness in scenes where music is the main focus, reminiscent of musicals such as Gene Kelly’s Singin’ in the Rain, An American in Paris, The Blues Brothers, and All That Jazz. As a result, Wright imbues a seamless sense of style that reincorporate the idea of a modern jukebox musical with beat-for-beat choreography.

With a melee of music, action and cars, Baby Driver is a wild ride. But with Wright’s extensive knowledge of pop culture, it has the makings of a modern classic.

Baby Driver is out in UK cinemas on 28 June.

Remembering Michael Bond – the man who put Paddington on the map