BAFTA 2016 Predictions: Who Should Win, And Who Will?

by James McAllister
in Spotlight

Perhaps because there’s been no stand out star to root for, this year’s Awards Season has seemed to drag on for an eternity. Well, finally, we can see the light at the end of the tunnel, which will illuminate tonight with the BAFTAs. The nominations have been out for sometime, so you’ve all had time to pick your favorites, and here are ours; for you to ridicule at your at your leisure once the gongs have been given out. 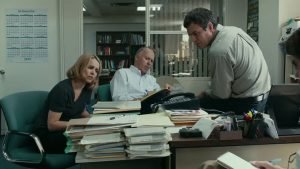 Who Should Win: Spotlight
Tom McCarthy’s tremendous ensemble piece about the Boston Globe’s exposure of corruption within the Catholic Church is insightful, intelligent, and achingly important. Plus it evokes memories of All The President’s Men; this should surely walk away with a BAFTA Mask!

Who Will Win: The Big Short
Sadly, all the evidence seems to be pointing towards Adam McKay’s baggy banking drama The Big Short bagging the big award… maybe because everyone feels sorry for Steve Carrel having to sport such a wretched wig. 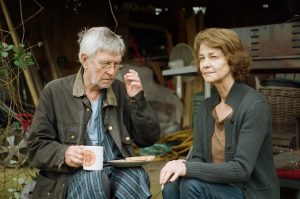 Who Should Win: 45 Years
The best film of 2015 has been sorely under-represented in the run-up to this year’s Awards Season, so it definitely deserves to be recognised by BAFTA as the best of British.

Who Will Win: Ex Machina
Well, if the BIFA (British Independent Film Awards) are anything to go by, this is Ex Machina’s to loose. 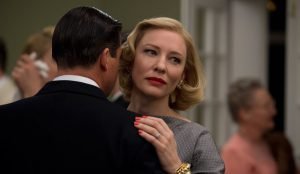 Who Should Win: Todd Haynes, Carol
This 50s-set romantic drama comes straight out of the David Lean School of love, and so much of that is down to Todd Haynes’ immaculately coutured direction.

Who Will Win: Alejandro González Iñárritu, The Revenant
Because why wouldn’t you want to reward a filmmaker so dedicated to style over substance? 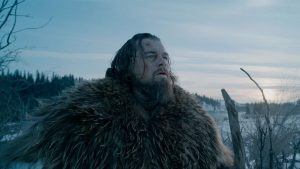 Who Should Win: Leonardo DiCaprio, The Revenant
Leo ate raw bison liver and slept in an animal carcass to keep warm whilst filming The Revenant, his Mask is all but guaranteed

Who Will Win: Leonardo DiCaprio, The Revenant
HE ATE A RAW BISON LIVER… Grr! 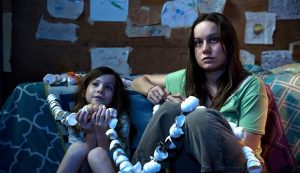 Who Should Win: Brie Larson, Room
Brie Larson deserves all the plaudits for her poignant portrayal of a woman determined to shield her son from the enveloping horror of their forced imprisonment.

Who Will Win: Cate Blanchett, Carol
Blanchett delicately encapsulates the individual ardours and agonies that come from offering up your heart and falling in love in Carol, yet it’s a performance too cold to be worthy. 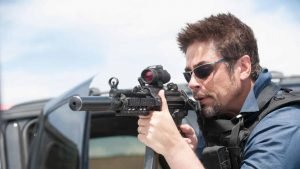 Who Should Win: Benicio del Toro, Sicario
The magnetic energy and enigmatic depth of del Toro’s performance augmented an atmosphere of constant, imposing threat in the stiflingly superb Sicario.

Who Will Win: Idris Elba, Beasts of No Nation
Elba’s portrayal of an unhinged warlord was wired with rich, real life complexity, shame the script seemed so keen to draw him as a larger than life figure. 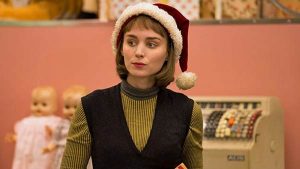 Who Will Win: Alicia Vikander, Ex Machina
Alicia Vikander, however, stole our imagination with a showy performance playing sexy android Ava in Alex Garland’s popular paranoia thriller Ex Machina, which is likely to be enough for her name to be read out on Sunday night.