The awards have been handed out including the coveted Golden Bear to Iranian film Taxi, the last screenings have finished and the circus that surrounds the Berlinale moves on for another year. The competition section was a rocky affair this year, and as ever with Berlin, the programme is so massive it can be hard to distinguish the wheat from the chaff, though there’s always magic buried somewhere.

More importantly though, what has their year’s festival taught us? Here’s the top five lessons to take away.

It was not a promising start for animal lovers. The opening moments in the opening night film, Nobody Wants the Night, see Juliette Binoche sneaking up on a Polar Bear before gunning it down. Sure, the vivid red blood against white ground looked pretty, but will somebody please think of the Polar Bears? It didn’t get any better from there. Diary of a Chambermaid saw a friendly ferret casually dispatched, though nothing plumbed the depths quite like Pablo Larraín’s fantastic The Club. Let’s just say it’s not good to be a greyhound when the Catholic Church is in town.

2.       Can somebody please give Terrence Malick a hug

Existential angst has now fully subsumed the veteran auteur’s mind. It’s not as if his films have ever been particularly cheery affairs, but after tackling all of existence in 2011 with The Tree of Life, he slipped into a cod-Philosophical hole with To the Wonder (2012) where mopey Ben Affleck strolled around beautiful scenery struggling with relationships. There’s no improvement in Knight of Cups. This time its Christian Bale left to doubt his entire Hollywood screenwriting career. I don’t know whether endlessly walking across sand can cure his malaise. Either way, can the next person to recognise the famously private director give him a hug and tell him it’ll be ok. 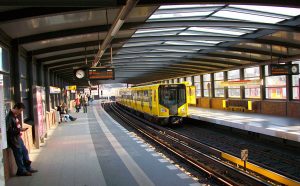 Ok, this one is more of a personal lesson. Having scheduled an interview when the press screening for Golden Bear winner Taxi was taking place, I thought I’d catch it the next day. Alas, it turns out I was not quite as up on the Berlin transport system as I’d come to believe. Already cutting it close, I hitched a lift the wrong direction on the U-Bahn. By the time this mistake had been rectified, it was too late to make the screening. There’s a lesson about reading maps in there somewhere. Though you probably knew that already.

4.       Running a corporate empire is a lot easier than it looks 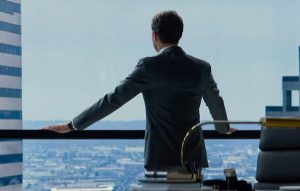 We hear a lot about the hard graft that goes into making a fortune. It even comes directly from the mouth of youthful billionaire Christian Grey in Fifty Shades of Grey. Yet the man never appears to actually do anything that might be mistaken for running a business. He argues on the phone a bit and looks moody, but the rest of the time he’s sat by his computer awaiting messages from Anastasia, the student he’s busy stalking. I can sit at my desk and reply immediately to private messages the moment they come in. Why has no one given me billions of dollars? 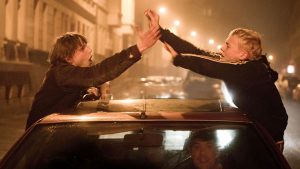 In As We Were Dreaming, a gang of teenagers stampede around post-reunification Leipzig trashing the place. Andreas Dresen’s film shows them shoplifting, joyriding, vandalising cars, scrapping with neo-Nazis and abusing the kindness of the elderly. A favourite pastime involves nicking a French car (the only type they know how to get into), careening around town before demolishing the vehicle. But don’t think these young wastrels don’t know a thing or two about home pride. They may steal the most expensive items, but when buying their own alcohol, they always go for the local brew. So that makes it ok right?