This is usually the first question someone will ask when they find out you are a James Bond fan. Most will have an answer ready to give. You will often find that people can answer this without really thinking. They know what their favourite Bond film is, or at least will have two or three films that occupy the top spot and the answer may vary at any given time. With the recent announcement that Danny Boyle will be directing Bond 25 we have been spurred into answering this question and have put together a list of our top ten James Bond films. 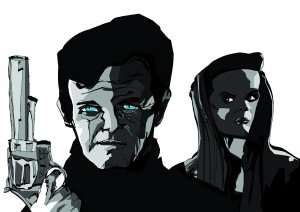 After the galactic exploits of Moonraker, the Bond producers decided to ground 007 in a more realistic adventure. For Your Eyes Only sees Bond sent to recover the Automatic Targeting Attack Communicator (ATAC) from a sunken British spy vessel in the Ionian Sea. With the Soviets also in pursuit, Bond’s mission leads him from Italy to Greece with Melina Havelock, a British-Greek who is seeking revenge for the murder of her parents. Combining some of the darker elements of Connery’s Bond with some of the more light-hearted aspects of Moore’s previous films, For Your Eyes Only delivers on all fronts. 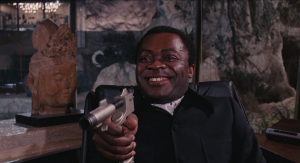 Having been courted since the 60’s, Roger Moore finally made his 007 debut in 1973. Live and Let Die gave audiences a lighter take on the Bond character.  Sent to investigate the deaths of three double-0 agents, Bond comes up against Dr. Kananga, a Caribbean dictator who poses as Harlem gangster Mr. Big. Boasting a number of iconic Bond scenes, including escape from an island of hungry crocodiles by using their backs as stepping stones, Live and Let Die is the highlight of Roger Moore’s run as James Bond.

Made during the height of sixties Bondmania, Thunderball had a budget in excess of the combined budget of the first three Bond films. Sean Connery sparkles in his fourth outing as James Bond in which the theft of two atomic warheads leads Bond to the Bahamas in search of the missing missiles. Lucianna Paluzzi outshines Adolfo Celi’s main villain Emilio Largo in a memorable role as Fiona Volpe, the series’ first bona fide femme fatale. A protracted legal battle saw Thunderball remade in 1983 as Never Say Never Again but the original version remains a classic. 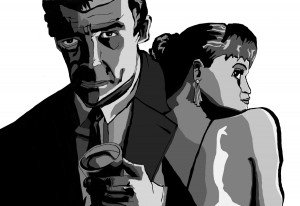 The first of the Bond films and made in 1962; Dr. No pushed the boundaries of sex and violence on screen and proved an instant hit. Investigating the disappearance of a British Intelligence officer in Jamaica, 007 comes up against the eponymous villain on his Island lair, Crab Key. Compared to later films Dr. No is a much more stripped back experience, the formula into which the Bond films were moulded would not be set for another couple of films so the central mystery and characters shine. Sean Connery, plucked from relative obscurity, was born to play James Bond. His charisma and dangerous good looks are key to the films success.  Dr. No  may have been bettered by some of the later films but this is the film to which the franchise owes its success. 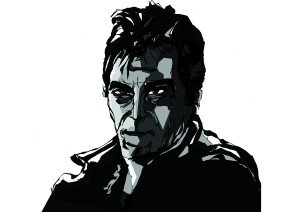 Timothy Dalton was keen to take Bond back to his roots and stick closely to the character of Ian Fleming’s novels. The Living Daylights gave audiences a more grounded 007. Dalton took the role very seriously and Bond as a result was a more sombre, hard-edged character, particularly when compared to the ebullient style of Roger Moore. While the plot may be slightly convoluted, a number of standout action sequences and a terrific performance from Timothy Dalton make this an under-appreciated classic. Dalton was able to perfectly blend his harder style with some of the lightheartedness of previous films to give a balanced tone in keeping with the series as a whole. The pre-title sequence set on the Rock of Gibraltar is arguably the best in the series.

For Dalton’s second Bond film, the humour of previous films was totally eschewed. On the day of his wedding, Bond’s CIA counterpart, Felix Leiter’s wife is murdered and Leiter is left for dead by drug lord Franz Sanchez. After being told to stop his hunt, Bond resigns from MI6 and hunts down Sanchez. A relative box office flop at the time of its release, history has been kind to Licence to Kill. It may not contain any of the iconic moments from the series but the darker tone can be seen as an early run for what followed in Daniel Craig’s tenure. At the time of release the more serious tone didn’t sit too well with audiences, but Dalton’s take on the character offers the closest representation we have of Fleming’s James Bond to date. 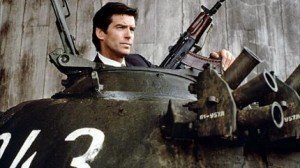 After Licence to Kill, legal issues kept Bond off screen for 6 years, the biggest gap between films in the series. Indeed, some people thought 007 had finally met his match and the series was finished. Luckily the legal issues were resolved and Pierce Brosnan brought James Bond back with a bang. Brosnan had originally been cast as James Bond for The Living Daylights only to be recalled to his role in TV’s Remington Steele. The show had been cancelled but a resurgence in popularity after Brosnan was cast as Bond saw an eleventh hour reprieve for the show. Goldeneye finds James Bond in search of a stolen Soviet weapons system leading Bond to confront his past. Being the first film released after the fall of the Berlin Wall, Bond is shown as an anachronism and slightly out of place in the modern world. While divisive among fans, Eric Serra’s score lends an unusual tone to the film which adds to the atmosphere. Iconic moments, a great support cast and a fantastic new leading man means Goldeneye goes down as one of the best and a film that had a new generation clamouring for more 007.

3 – From Russia With Love 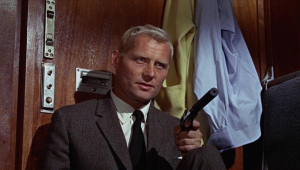 From Russia with Love remains the high point of Connery’s run as James Bond. A close adaptation of Fleming’s novel, 007 is sent to Istanbul to meet a Russian cypher clerk who is set to defect with the Lektor decoding device, coveted by MI6. Not only a great Bond film but a great Hitchcock inspired Cold War espionage thriller. Featuring a memorable villain in Rosa Klebb and the series’ best henchman in Red Grant, the outlines of the Bond formula to which the following films adhered can be seen here in the pre-title sequence and the title song. The highlight of the film is undoubtedly the fight between James Bond and Red Grant aboard the Orient Express, the close quarters setting and excellent choreography lend a ferociousness that is unrivaled in the series. 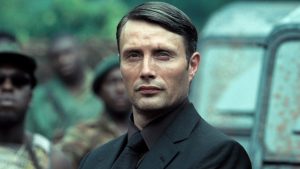 Daniel Craig’s casting as James Bond caused uproar among a certain section of fans leading to a website calling for his removal from the role. It was a gamble to cast someone who did not adhere to the typical ‘Bond type’. The gamble, however, was one that paid off enormously. Casino Royale was a fresh start for the Bond series, completely ignoring the previous 20 films. Craig’s Bond is sent to a high stakes poker game with the aim of bankrupting Le Chiffre, financier to terrorist organisations. Martin Campbell, director of Goldeneye, was brought back to oversee the reboot of the franchise and aided by the screenplay by Neal Purvis and Robert Wade with rewrites by Paul Haggis, we are given a much more human James Bond. Gone are the days of raised eyebrows and perfectly coiffed hair. Bond is more vulnerable and this gives more weight to the proceedings. A blistering debut from Daniel Craig and a reboot which set up a fascinating future for 007.

1 – On Her Majesty’s Secret Service 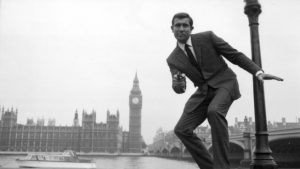 Perhaps the most divisive film in the series, but also the best. On the hunt for his arch nemesis, Blofeld, On Her Majesty’s Secret Service takes Bond from Portugal to Switzerland culminating in a climactic shootout at Piz Gloria, Blofeld’s mountaintop base. Having swindled his way into the offices of the Bond producers, George Lazenby landed the most coveted movie role of the time after Sean Connery had stepped down. Lazenby, with no acting experience, was able to deliver a performance that captured the swaggering machismo and charm of Bond and also show his more vulnerable side. While he may lack the acting abilities of the other Bond actors he never looks out of place and the devastating ending is one of the best acted scenes in the series. Lazenby had a real penchant for action and the fight scenes in particular stand out. The film was met with much criticism upon opening but like Licence to Kill, time has been kind to Majesty’s, with many fans now claiming it as their favourite Bond film. The soundtrack as well deserves a mention with John Barry delivering his best score. Despite its divisive nature, On Her Majesty’s Secret Service remains one of the most talked about films in the series to date.

A controversial choice? Or a well-deserved winner? What are your best James Bond films? Let us know in the comments below.