With the release of Trance (reviewed here) on shiny disc in the UK this week, I decided that now was as good a time as any to look back over the filmography of one of my favourite directors. In fact, I made him an honorary Scotsman after seeing his first two movies (Shallow Grave and Trainspotting) and still have to remind myself that he’s actually an Englishman who happened to launch his career with two classic films that made great use of their Scottish locations.

I happily admit my fanboy admiration/devotion for a number of directors (Kubrick, Carpenter, Ridley Scott, Peter Jackson, Edgar Wright), but not one of them has kept me as consistently interested and entertained as Danny Boyle. He can, seemingly, turn his hand to any genre and make either a masterpiece or a rollicking good piece of movie magic.

Despite thinking that I’d seen everything, more or less, that Boyle had ever directed, it turns out that I have missed out on quite a few of his projects. But such minor details have never stopped me before so I won’t let them stop me now as I try to remind people of the greatness of Danny Boyle. 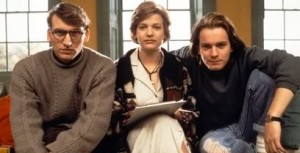 He may have started with a good selection of TV work, but it was Shallow Grave that made his name. It also helped gain recognition for director Andrew MacDonald, writer John Hodge and the main cast members – Christopher Eccleston, Kerry Fox and one Ewan McGregor. Despite this being the first feature film from Boyle, so much was in place that would help to define his work over the next two decades. The energy, the fantastic soundtrack choices, the canny casting and lead characters that weren’t all that sympathetic, but had viewers rooting for them nonetheless. There have been a number of fantastic debut features made over the years (the first one that usually comes to mind is Reservoir Dogs, directed by Quentin Tarantino) but few are as eminently rewatchable and sheer FUN as Shallow Grave.

Many of the gang stayed together for Boyle’s next project, an adaptation of Trainspotting by Irvine Welsh. MacDonald produced again, but Hodge proved just what an asset he was by turning the novel, about Scottish drug addicts at a turning point in their lives, into something that dealt with the sqaulor and horror of the situation while also allowing for moments of uplifting joy. Just watch the scene with Renton (McGregor also returning to join in the fun) suffering from an overdose to see what I mean. Trainspotting wasn’t just great cinema, it entered pop culture quicker and more intrinsically than any other movie I can think of. That was thanks, once again, to the energy, to that GREAT soundtrack, to the characters and cast. Robert Carlyle, Jonny Lee Miller, Ewen Bremner, Kevin McKidd and Kelly Macdonald all found themselves, for better or worse, as hot stars as soon as Trainspotting hit big. That’s not to detract from the original novel by Welsh, or the other creative decisions made along the way, but this was something all brought together under the savvy guidance of Boyle.

The next step was, inevitably, to Hollywood. Thankfully, Boyle passed on the chance to direct Alien: Resurrection, but few approved of the direction he ended up taking anyway. Well, those people just aren’t any fun. A Life Less Ordinary showed what the gang (Boyle-MacDonald-Hodge with McGregor remaining as their leading man) could do within the confines of a mainstream rom-com. I encourage people to revisit A Life Less Ordinary today and see what they think of it. Oh, some people still refuse to like the thing, but some are won round. The plot is a botched kidnapping attempt, with McGregor being the hapless kidnapper and Cameron Diaz as his fiery hostage. It’s standard stuff that has been seen many times before, but it’s all elevated by a fun, paranormal element and one or two fantastic set-pieces. 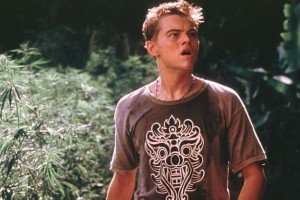 Love or hate the movie, there was no denying that the honeymoon was over for Boyle (a fact hammered home by the experience that left Alien Love Triangle hung out to dry for some years). When he adapted Alex Garland’s The Beach into a movie that starred Leonardo DiCaprio and didn’t pan out how anyone expected it to . . . . . . . . . . some felt their patience wearing thin. Another film due for reappraisal years after its initial release, The Beach is a cracking story of trouble in paradise, almost literally. Great soundtrack? Check. Fantastic style and energy? Check. Unsympathetic characters? Check. Nothing was different, but each movie still managed to feel like a unique experience. The Beach was an important movie in the filmography of Boyle because it introduced him to Garland, a writer he would go on to work with on numerous occasions over the upcoming years.

There were a couple of dips back into TV land but then came another big success. 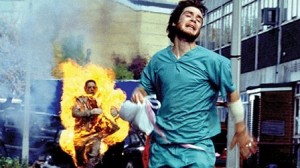 28 Days Later… was the contentious movie that came about as a direct result of Boyle and Garland working together to create something original. It remains a great film to argue over – there are people who claim that the movie is a zombie film and others who will argue passionately against that label – and a modern classic of British horror. The star this time around was Cillian Murphy, and I think it’s fair to say that this movie really helped take his career up a notch. As indebted to The Day Of The Triffids as it is to Nightmare City and even the likes of ’48 and Domain (both novels by James Herbert), 28 Days Later… takes plenty of familiar horror genre elements and stitches them together into something enjoyably original. The lead character may be one to root for, but the waters are certainly muddied during the finale. 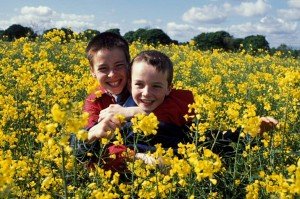 And then it was on to a movie, written by Frank Cottrell Boyce, that remains perhaps the most undervalued film that Boyle has ever directed – Millions. People either didn’t bother with Millions or didn’t like it, which is a great shame. I admit that the premise made it feel slightly dated almost immediately (some people find stolen UK money just days before the currency is all being changed to the Euro), but it’s a fairytale, a lightweight bit of whimsy. It’s also beautiful at times, very moving and still able to hold at least one classic Boyle sequence – in which an armed robbery is shown/intercut with the use of a toy set. Perhaps the most atypical movie that he’s directed to date, this is Boyle channeling Capra, with a sprinkling of De Palma razzle dazzle to keep things lively, and he shows that he’s more than able to “put on a different hat.” Of course, everyone else disagreeing with me may just make my entire opinion on this one incorrect. 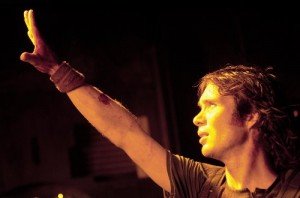 Boyle returned to work with Garland on the sci-fi movie, Sunshine (reviewed here, though I am tempted to raise my rating by a point), and easily showed that he was back/still on top form. Cillian Murphy returned to be his leading man, and the ensemble cast included Chris Evans, Mark Strong, Michelle Yeoh and Rose Byrne. Sunshine is glorious sci-fi. It’s thought-provoking, extremely well designed throughout and fairly intelligent. It’s far from perfect, and there’s a third act that people either enjoy or absolutely hate, but it’s yet another genre ticked off Boyle’s checklist. Seriously, is there anything he can’t do? 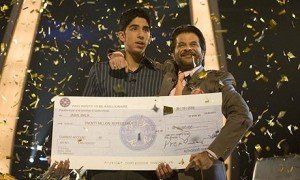 As unpredictable as ever, Boyle followed up Sunshine with Slumdog Millionaire. Part drama, part love story and part . . . . well . . part riveting quiz show, this is the movie that didn’t impress me QUITE as much as it impressed everyone else, but it struck a chord with the right people, the people who would then adopt the director as a national treasure and generally a bit of a darling. Good for him. The movie – all about a Mumbai teen (mainly played by Dev Patel) who ends up on the Indian version of “Who Wants To Be A Millionaire?” – is very good. It’s just not as good as everyone was falling over themselves to make out, in my opinion. 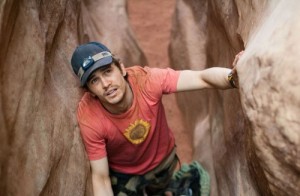 Slumdog Millionaire had been written by Simon Beaufoy and Boyle has a good habit of working more than once with writers who bring out the best in him, which is why the two reteamed for 127 Hours (reviewed here). James Franco took the difficult lead role, playing a man trapped on his own for the amount of time used as the title, and gave a superb performance in a film that was, once again, both as unique in the filmography of Danny Boyle as it was covered in his fingerprints.

From there, it was just a hop, skip and a jump through the world of theatre (with a warmly-received presentation of Frankenstein) to a certain EPIC London 2012 Olympic Opening Ceremony. The man could go on to do whatever he wanted. 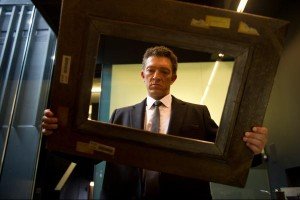