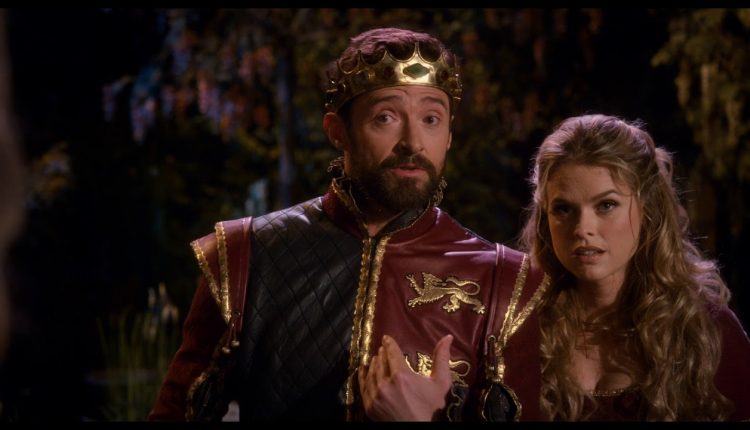 The definition of a cameo, according to Collins Dictionary reads: “a single and often brief dramatic scene played by a well-known actor or actress in a film.”

It’s hard to argue with that, even if it does come across as a little cold and clinical. For the audience, a cameo appearance can point to anything from an actor’s endorsement of a reboot, it can build bridges between films and franchises, or it can signal the ultimate in self-service and ego-inflation. Hell, sometimes it can be nothing more than a bit of fun.

With that in mind, we put it to the Feast Fam to come up with their favourite film cameos and as expected, it’s a concoction of the left-field, the accepted gold standard and the ‘huh’? First up…

Audiences bursting into applause in movie theatres tends not to happen in the UK. Audiences are more reserved, less emotional, more prone to…

Robin Hood: Prince of Thieves is one of those few films where I have experienced such an outbreak of audible finger abuse and the moment comes in the film’s final scene.

Robin (a never more American than when he’s pretending to be from the Midlands Kevin Costner) has vanquished evil, in the shape of bad guy Alan “call off Christmas” Rickman and saved his damsel in distress, a bored looking, criminally underused Mary Elizabeth Mastrantonio, whose Maid Marian is cousin to King Richard, who is off fighting in the Crusades.

As Robin and Marian are about to be pronounced husband and wife, a voice calls out.

Heads turn and a man dismounts his horse, wearing the face of none other than Edinburgh’s favourite son, and ex-milkman, Sean Connery, as King Richard, looking regal, sexy and bearded.

The audience I saw this with went bananas!

Now, admittedly, this was a theatre in Scotland, so the reaction may be a tad biased, and yet, it is most curious that a crowd should cheer and clap the most Scottish of Scottish men in the history of Scotland, playing an English King.

Then again, there is a lot about Prince of Thieves that doesn’t make sense and Connery’s cameo as the most Scottish of English Noblemen, is the least of its worries.

Connery, as we all know, doesn’t do accents.

You want an American? A Spaniard? An Irishman? Connery doesn’t care. And he takes millions of your budget for his efforts.

His appearance here, however, is laced with significance given Connery’s history with Robin Hood, having played the man himself, alongside Audrey Hepburn, for Richard Lester’s 1976 Robin and Marian.

And so, instead of a standard happy ending, he gives us a climax laced with grandeur, a grandeur he lent to most of his later roles. A grandeur that worked beautifully, as a genuine surprise, in those pre-internet days, when such an appearance couldn’t be spoiled by a hashtag in your twitter feed.

When we see the hilariously slow-mo credit sequence of Zombieland, A-list cameos are the furthest thing from our minds. But when Tallahassee (Woody Harrelson) drives the gang to the humble abode of Mr William James Murray, we are reminded of his prominence in the comedy genre. Known for his roles in Caddyshack, Stripes and, of course, classic horror comedy Ghostbusters, Bill Murray quickly becomes a focal point in the film and gives the film a chance to relax from the gore and impending doom.

Distressed and dressed in golf clothes, he appears as the gang finally let their hair down and relax. The initial shock of his timely arrival quickly subsides as Tallahassee revels in the presence of his hero, stuttering some of the most memorable dialogue in the film.

Considering Murray wasn’t the first choice for this A-list cameo, Zombieland could have been a very different film. But thanks to his understated, perfectly encapsulated performance, it definitely remains a memorably hilarious one.

Robb Sheppard – Yvonne’s alt-crew in Shaun of the Dead

In Edgar Wright’s rom-zom-com Shaun of the Dead, it’s safe to say that our protagonist isn’t the likeliest of heroes. From getting undermined by the younglings at his day job, to being strong-armed into visiting his mum, via not having enough change for the shop, there’s always someone who’s doing better in life than our hero. And that person is Yvonne (Jessica Hynes).

Having met up just as the undead apocalypse (we’re not using the ‘Zed’ word) was beginning to kick off, the audience learns that old friend Yvonne is already much better at adulting than Shaun (Simon Pegg), having just bought her own house whilst Shaun is still house-shares. Having Hynes, Pegg’s old Spaced co-star and co-writer turn up for a cameo in Shaun of the Dead was enough of a treat for any fan of the Channel 4 cult comedy but her second appearance is a cameo classic.

Having cooked up the plan to head to The Winchester’s Arms pub whilst all this blows over, Shaun’s gang of survivors is led through the back alleys and gitties of suburbia, before bumping into Yvonne and a gang of her own. All tooled up and ready for action, it’s clear that this gang is much more adept at navigating the end of the world than Shaun. Not one of them has a spot of red on them.

The gang are made up of a who’s who of British talent and a knowing nod to the comedy crossovers which first brought them together. Each of Yvonne’s gang is akin to an alt-universe version of Shaun’s, with each more successful than their counterpart.

Martin Freeman (who appeared in both the following instalments of The Cornetto Trilogy) stars as Yyonnes’ boyf Declan and is the yin to Liz’s (Kate Ashfield) yang. And at least they’re still together. On the ‘failed actress and a tw*t’ front you have Black Book‘s Tasmin Greig as Maggie and The League of Gentlemen‘s Reece Shearsmith as Mark, mirroring Lucy Davis’ Dianne and Dylan Moran’s David.

Bringing up the rear, fellow Spaced star Julie “Hello Bryan” Deakin stars as Yvonne’s mum and is equally as lovely as Penelope Wilton’s “we’re coming to get you” Barbara. The only one that always seems to not quite scan properly is Matt Lucas as Cousin Tom, the alt-Ed . He can get his own Cornetto.

After hearing of Shaun’s plan to hold over in the pub, he receives a consolatory hug from Yvonne, before each character nods an acknowledgement to their counterpart before being on their way. The meeting reminds the audience just how hapless our own heroes are, leaving us with a slight feeling of “can’t we go with them instead”? Nope. Off to the Winchester, we go. There’s a rifle above the bar.

Dallas King – Hugh Jackman in Night At The Museum: Secret of the Tomb

There have been so many great, iconic movie cameos over the years but it was a fairly recent one that was the first one that came to mind when the topic was announced.

In the third Night At The Museum film, the character of Sir Lancelot (played by Dan Stephens) is brought to life by the magic tablet and escapes the London Museum looking to return to Camelot.

He finds his location in London’s West End but it turns out to be a revival of the musical.

Upon entering the auditorium, the audience are struck by a male voice singing. It sounds very familiar, it couldn’t be could it?

Yes, as Lancelot interrupts the performance, the actor playing Arthur turns around to reveal himself to be Hugh Jackman… or “Huge Ackman” as Lancelot mistakes his name to be.

At first, he plays up the nicest man in show business angle dealing with what he believes to be a delusional fan on stage with himself and Alice Eve (playing Guinevere). However when Lancelot starts trashing the stage, Jackman gets mad and threatens to break him before adopting the classic Wolverine pose complete with X-Men music cue (both films are by 20th Century Fox) – albeit without the claws as Alice Eve points out it is better with the claws and no shirt.

One of the reasons this cameo is so enjoyable is that it came completely out of left field, had not been leaked or spoiled prior to release (sorry everyone who hasn’t seen it yet!) and Jackman gamely takes the mickey out of his on and off-screen personas… and just edges out his Marvel-ous one line cameo in X-Men: First Class dropping the first ever F-bomb in a Marvel movie.

Did we include your cameo of choice? Or have we blinked and missed something? Feel free to let us know in the comments below.