Of course, within the framework of erotica, this would all be fine and good. The issue, however, with Nabokov’s most famous novel is that the object of the main character’s affections, and sexual desires, is a 12 year old girl.

Hence, Lolita has, for the past 60 or so years, been labelled with that most terrifying of legacies:

And other four syllable words, such as…

Lolita has been adapted twice for the big screen, once in 1962, by Stanley Kubrick and then later in 1997 by Adrian Lyne. In between, there have been plays, musicals, even operas that have taken Nabokov’s prose, and moulded it to a new medium. And yet, it is within cinema, that most popular of art forms, and most manipulative of mediums, that the story has seemingly lodged within popular culture, retaining that dangerous edge of shadow, the most anti-romantic of love stories ever told.

That Nabokov’s novel is also one of the most significant artistic achievements in the last 100 years of literature, is often lost on people. 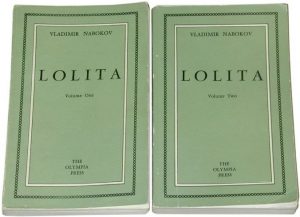 An English professor adrift in America, Humbert Humbert takes a room in the modest house of Charlotte Haze, a widow with designs on his recently divorced status. Humbert, however, has designs of his own, on Charlotte’s 12 year old daughter, Dolores, known through his secret journals as Lolita. Through machinations of both fate and Humbert’s own dark desires, he and Lolita end up on the road, travelling from town to town, and motel to motel, engaged in a sexual relationship. As paranoia and suspicions begin to plague the unorthodox couple, the story spirals into tragedy.

This is, of course, a simplistic overview of a story that is endlessly complex, deeply engrossing, and psychologically disturbing. The novel is told in a diary-like fashion; Humbert is our voice and our guide, all opinions his own. Nabokov allows his reader to enter the mindset of a man, clearly intelligent, well brought up, from wealthy roots. And yet, a tragedy from his youth has left him emotionally inept, stunted, with a child-like perception of attraction to the opposite of sex, hence his obsession with young girls. A dangerous idea, indeed, and a brave one on the author’s part, to give context to a monster.

More controversial, perhaps, than the book’s subject matter, is the sense the reader gets of Humbert’s likeability. He has a wit and charm, bolstered by an intelligence that makes his fish out of water musings both compelling and entertaining.

Humbert is writing a textbook on French literature for American students, already a glorious notion of culture clash. Europeans are undoubtedly more liberated in the ways of sex and romance, although ironically, the British are also repressed (even in today’s online society.)

It’s no surprise, then, that one of cinemas great ex-patriots would be drawn to such material. And even less of a surprise that the director of Fatal Attraction would, 30 years later, try his hand at adapting the same story. 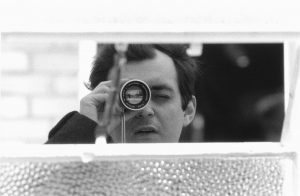 Stanley Kubrick’s films were never so explicitly influenced by the pop culture of the time, as Lolita, although the subject matter demands such attention, dealing, as it does, with the twin worlds of an Englishman abroad, and a teenage girl in her own domain. Kubrick had brought Nabokov onboard to adapt his own book, although the director would re-write the majority of the author’s work to appeal to his own sensibilities.

Humbert is here played by James Mason, who made a career for himself in Hollywood, playing characters who kept their emotions under tight security until breaking point would cause him to uncoil like a tightened spring. Mason played Humbert with a sense of pathetic inevitability, while swirling around him were an array of character actors, including Shelley Winters as Charlotte, and the then 14 year old Sue Lyon, as the “light of my life, fire of my loins,” Lolita herself. 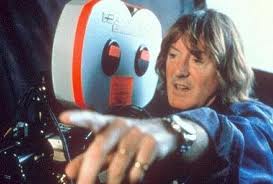 Adrian Lyne had a reputation of his own in Hollywood. As the director of 9 ½ weeks, Fatal Attraction and Indecent Proposal, Lyne had built his career on provocative material, all of which had proved lucrative at the box office, a trait that gave him a certain Carte Blanche to make the sorts of pictures he wanted to.

Lolita was a different proposition, however, particularly in the light of then recent events. The murder of JonBenet Ramsey was still fresh in the world’s memories: the 6 year old beauty queen’s death bringing with it questions of the danger of sexualising children, but also exposing the troubling statistics regarding paedophilia, not just in America, but all over the world.

Of course, these problems had always been there, but with media attention now focused, not to mention online, Lyne’s decision to retell Nabokov’s story, not to mention take on the cinematic legacy of Kubrick, who was about to unveil his final film Eyes Wide Shut to the world, did seem to be the dictionary definition of bad timing.

Lyne’s version, with a screenplay written by Stephen Schiff, begins with the story of Anabelle, the young girl that Humbert fell in love with as a child. They spend a summer together, but she dies, leaving Humbert locked in a permanent quest to find her again.

“The shock of her death froze something in me. I kept looking for her, even when my childhood was gone.”

It explains his later obsession with Lolita, but doesn’t excuse it. It makes Humbert (here played by Jeremy Irons) more sympathetic to the audience, but blurs the line between love and lust, perversion and perfection.

It makes the Lyne version far more problematic, from a moral point of view. Its no surprise that it ran into a maelstrom of media attention (all great publicity, of course, although it didn’t help the box office), with the accusation that he was attempting to excuse the actions of a paedophile, while exploiting a young impressionable girl through scenes of graphic sexuality. 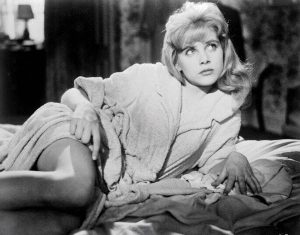 A scene in which Lolita (now played by Dominique Swain) is straddled across Humbert’s lap, reading a comic book, while they are clearly engaging in intercourse, is about as far as any picture could really go, without being burned by the legions of decency.

Is it necessary? Too much? These are questions with no genuine answer.

Art should be free to explore any and every possible subject, if its exploration is in the name of a better understanding of its chosen focus. But as a parent, you may find yourself recoiling in horror. Kubrick himself, decried, in ’62, that had he known the limitations the censors were going to impose on his work, he probably wouldn’t have made the film in the first place, as he felt he was never able to deliver the sufficient sense of eroticism that the story demands. Yes, its an uncomfortable proposition, but as the story is told through Humbert’s eyes, to deny his sexualisation of Lolita is to do the character and plot a dis-service. 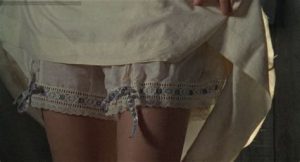 In this respect, Lyne’s version is far ahead of Kubrick’s, but then, times have certainly changed when it comes to what can and can’t be displayed on screen, a fact that left Lyne also ripe for attack. And attack they did, although, surprisingly, he had more to fear from the critics than the legions of decency.

Although, that’s not to say that if Mary Whitehouse had been alive, her head wouldn’t have exploded.

Humbert, as a character, is nothing new in literature. What drives his motivations (on the surface at least) are the same urges that have kept Richard the Third pacing back and forth on many a stage. Sex, driven by delusion, confused by emotion. Humbert is not a stable man, indeed, he is child-like, despite his education and intelligence. Arrested development at its most unfortunate, base level.

Is he evil? Certainly, his actions pre-meditated, his desires uncontrollable, to the point that he considers murder. But this doesn’t mean there aren’t elements to his character that the audience can’t sympathise with.

In his cinematic incarnation, casting is key to the characters likeability.

Next week, ‘Cheek to Cheek: the art of adapting Lolita Part Two’ covers Context and Character, Style and The Old and the New.