Another year, another flickfeast Christmas list. Again, largely based on what we’d like in our Xmas stocking (hint hint). So, if you are stuck for present ideas for that awkward relative, the husband who has everything or the fussy girlfriend,  if they love film we’re sure they’ll love our Christmas pressie suggestions….

For starters, there are loads of great new releases out already or due out before the big day, including Pacific Rim, Despicable Me 2, Man of Steel and Kick-Ass 2. We are also very excited that the Indiana Jones flicks are released individually on blu-ray for the first time.

If buying all the films your loved one wants this xmas would require a second mortgage, then how about a subscription to a film streaming account. Our fav is still LOVEFiLM.com, download and watch all your old favourites or the big new releases (they are also offering a free months trial, so you can try before you buy)

At flickfeast, when we’re not watching films we’re reading about them, and some of our film book recommendations include 1001: Movies You Must See Before You Die, the fun little Film in Five Seconds: Over 150 Great Movie Moments – in Moments! which condenses films into ingenious pictograms for film buffs and anyone with a sense of humour or a short attention span to solve. Another great book ice is The Greatest Movies You’ll Never See: Unseen Masterpieces by the World’s Greatest Directors, which includes writings from one of Flickfeast’s very own contributors, Cleaver Patterson.

If in the mood for music, we can but praise The Ultimate James Bond Film Music Collection by The City of Prague Philharmonic Orchestra, a true treat for any Bond fan. 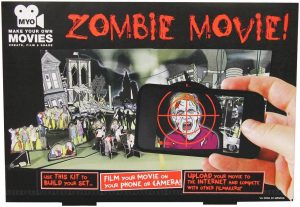 For the budding filmmaker, this neat little Zombie Movie Kitcan turn anyone in possession of a smartphone and a great imagination into the next George A. Romero. Also available in other genres. For the professional filmmakers through in some decent set lighting.

For those with a very large stocking the Full HD, 3D LED TV with Built-In Wi-Fi and Freeview is a lovely piece of kit, as are these snazzy glasses for watching movies on the go, for those who can’t bare to not be watching a film 24 hours a day. 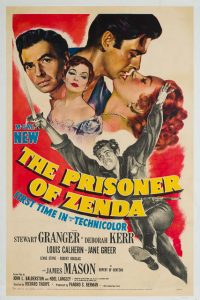 Finally, does your film fan have a favourite movie, actor, or genre?  How about an original film poster? Check out Orson & Welles for some fabulous posters that make for great presents.