Die Hard 4K: What Can Dads Learn From John McClane?

by Jessy Williams
in Spotlight

To celebrate the upcoming yippee-4K (yes, I went there) restoration and theatrical release of Die Hard this Father’s Day, the 17th June, I’ve taken a look at what dads can learn from the wise-cracking hero John McClane (Bruce Willis). Welcome to the party, pals…

A catchphrase can go a long way

“Yippe-ki-yay mother f***er!” is one of the most remembered one-liners in film history. Everyone knows it. Everyone loves it. The lesson? Get yourself a freaking catchphrase and you’ll go down in history. Sure, you might not be a talented cop or a good shot with a gun, but who cares when you can talk the talk?

This should be a no-brainer, but it’s definitely, always a bad idea to go to a party with your ex-wife. I believe that’s the most important lesson in Die Hard and, if you only take one thing from it, this should be it. Poor John hopes to rekindle the romance with Holly – who’s adopted her maiden name Gennero, triggering immediate alarm bells – by surprising her at her work Christmas party at the Nakatomi Plaza. This marks the first of many times where John is in the wrong place at the wrong time, because Hans Gruber and co. take control of the Plaza. The lesson? Stay away from your ex-wife. 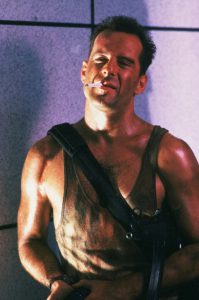 You can leave your suit at home, James Bond, because neat ties and sharp shirts are nothing when compared to the sophistication of a slightly dirty, off-white vest. John McClane is the epitome of badass masculinity and if you want to follow his fashion lead, then you have to remember that vests are badass. McClane didn’t opt for formal attire and it paid off greatly, so maybe it could for you too.

Duct tape is a life saver

It’s very unlikely that you’ll ever be in the same situation as John McClane in Die Hard, but it’s still important to learn that duct tape can be life saver. Sure, you’ll probably never need to tape a Beretta ’92 to your back to help you take out a criminal mastermind, but Die Hard is a great advert for the versatility and strength of duct tape. In short, always remember to have a healthy supply of duct tape wherever you go, because you never know when it may come in handy.

Losing your hair ain’t so bad

For many men the idea of losing your hair is a nightmare. It might haunt your dreams and plague you during your waking hours. Alas, if John McClane has taught us something, it’s that going bald ain’t so bad. He totally rocks his receding hair line, and let’s face it, if his hair was any longer it would have made crawling into small spaces a complete nightmare. Embrace your middle-age and age with grace; hair isn’t everything.

When Hans Gruber (Alan Rickman) slips up when referencing High Noon to John McClane, he ain’t having it.

Hans Gruber: This time John Wayne does not walk off into the sunset with Grace Kelly.

It’s one of Die Hard’s most memorable moments and a great example of McClane’s iconic wit, helping to craft him as an unforgettable and unique reluctant hero. The lesson here is simple: make sure you know your Hollywood Westerns, so that you can correct people who mix up their John Waynes, Glenn Fords and James Garners, purely because it’ll make you look cool.

Stepped on a stray kid’s toy? Not as bad as a shard of glass

John McClane can take a lot of pain and like actors Sylvester Stallone, Liam Neeson and Arnold Schwarzenegger, Bruce Willis has sustained a ton of on-screen injuries. He’s been shot, fallen down an elevator shaft, fallen off a building, hit with grenades and run over. Certainly not all in the same film, but definitely across the Die Hard franchise. One of his most icky injuries – and one that’s probably not for the very squeamish – is when he steps on a huge shard of glass and has to pull it out. Gruber cleverly tells one of his cronies to shoot the windows, covering the floor with glass and making it hell for McClane to escape. It sure as hell makes stepping on a lego, stubbing your big toe and tripping over a kid’s toy look like heaven. So, next time you get a minor injury, learn from Mr McClane; fix yourself up, grin and bear it and then get back to business.

What else can we learn from John McClane? Leave your thoughts in the comments. 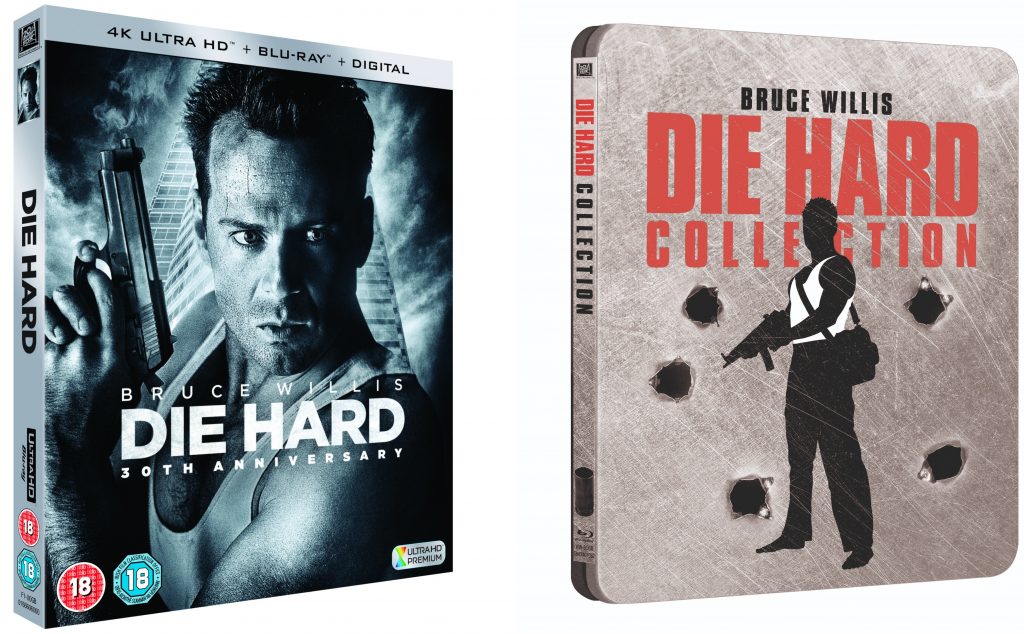