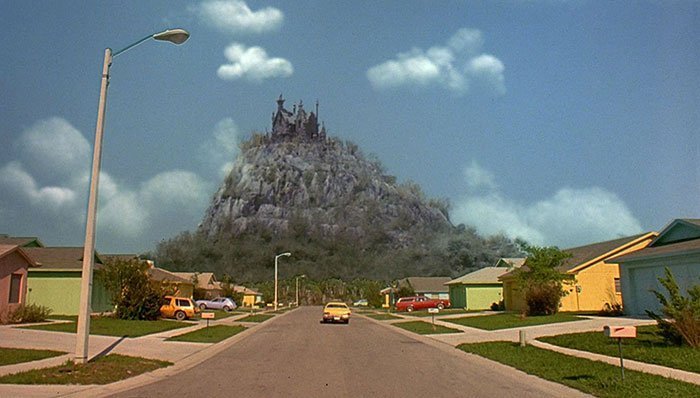 Edward Scissorhands (1990) represents the beginning of the unparalleled string of collaborations between Tim Burton and Johnny Depp. The quasi-adoption of a delicate youth with scissors instead of hands plays out in every direction, in equal measure hilarious and touching, as Edward struggles to integrate in highly orchestrated normalcy. Burton’s originality oozes in its purest form as Depp infuses the neo-Frankensteinian protagonist with pathos. It would be a mistake to omit mentioning that Winona Ryder, too, is unforgettable, shimmering in raw youth. 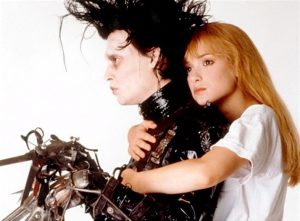 This film has it all – along with being a tearjerker for the sixteen year old outcast in every one of us, it also served as aesthetic inspiration during those impressionable years. Suburban gothic, anyone? It all says, ‘I’m weird yet ethereally beautiful. Deal with it!’. Oh man. They just don’t make movies like that anymore. 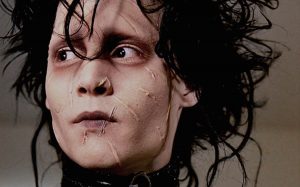 Here’s some woozy 80’s humour that’ll be sure to get a guffaw out of you. Beware, those at your desks: we aren’t quite plunging into the NSFW abyss, but it ain’t for the eyes of the ultra-puritanical. Please enjoy the skillful barber as much as the town vamp does! 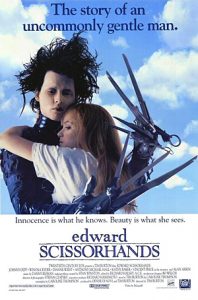