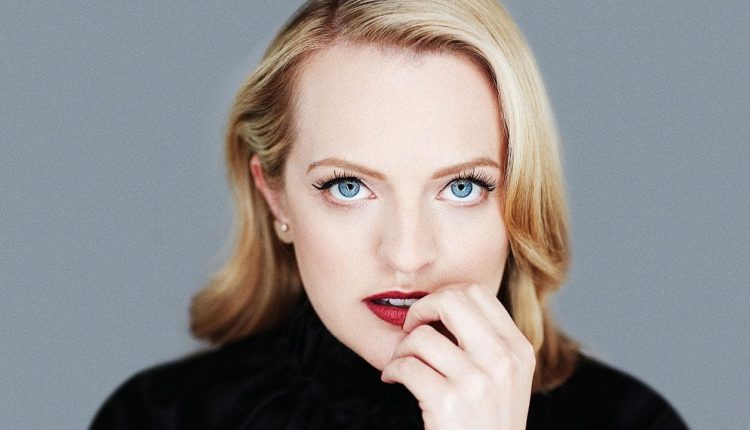 Summer nights and TV is one of the best chillaxing combinations. It is both after a hot day at the beach or after a long day at work that you want to finish off the day with some TV goodness – such as, for example, The Handmaid’s Tale. In that spirit, and as today’s her birthday, we wish to salute Her Highness, The Queen of Peak TV: Ms. Elisabeth Moss. And in true Flickfeast fashion, we will do this through a quick look through some of her best work. First up… 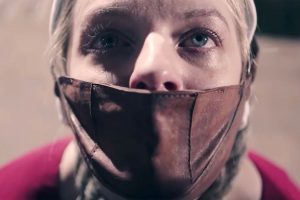 The Handmaid’s Tale is a story of a dystopian American society many where women became infertile due to environmental crisis and an STD epidemic. As a response, the Theonomic regime enslaved women who could still give birth, forcing them to act as child-bearers to the rich and the powerful, while the rest of the female population was reduced to strictly prescribed men-serving roles. The first face you see as Episode One begins is that of Elisabeth Moss and it is the one that carries the show. Her mixture of silent pain and enormous strength is more typical of film actors than of their TV colleagues, although this could be largely due to writing and a lack of complex female TV roles! But it seems a revolution is in store and not just in Gilead. TV is getting better day by day and, among many others, we have to thank Her Highness for it.

Strongly recommended as a one episode a day dose, rather than binging, The Handmaid’s Tale is a strong and impactful piece of TV for which you should give yourself time to process. 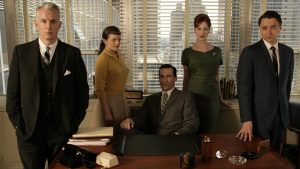 A jewel from the past. If you haven’t seen Mad Men when it was showing between 2007 and 2015, binge it now. Elisabeth Moss plays Peggy Olson, a secretary to Don Draper (Jon Hamm) in an advertising agency. Although the show is called Mad Men, it is about Peggy as much as it is about Don Draper and more than it is about any other man. Moss’s character is ambitious, determined, and in the end, succeeds in a man’s world. However, unlike many such characters who are usually played as out-of-this-world or a special-sort-of-person, Moss made Peggy Olson imperfect, relatable and human – flaws and all.

This show is perfect for the summer if you already haven’t seen it. Orange is the New Black‘s Taylor Schilling is a fan, as if you needed further encouragement and it’s also now showing on Netflix UK. 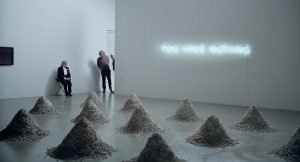 The Square, a candidate for Best Foreign Film at a great many festivals in 2017/18, although it also included some American actors such as the amazing Terry Notary and the great Elisabeth Moss herself. The Square tells a story about the hypocrisy of the art world and the fear of other people. The film as a whole is highly enjoyable but it is also one of those features that has many memorable scenes which stand out on their own.

Elisabeth Moss plays the role of a journalist who hooks up one night with the main character and curator Christian (Claes Bang). The pair play the ultimate scene of distrust where after some rather impersonal sex, Christian won’t let her throw away the used condom because he fears she will use it to impregnate herself. He would rather get up and flush it down the toilet himself to be sure. The Square is a long film, so do allow it time. It also needs to be seen alone and is definitely not recommended for a movie marathon.

So, these are some of Elisabeth Moss’ best work, although a lot more of her filmography and TV career deserves to be seen. Have we missed one of your favourites? Do let us know in the comments below.