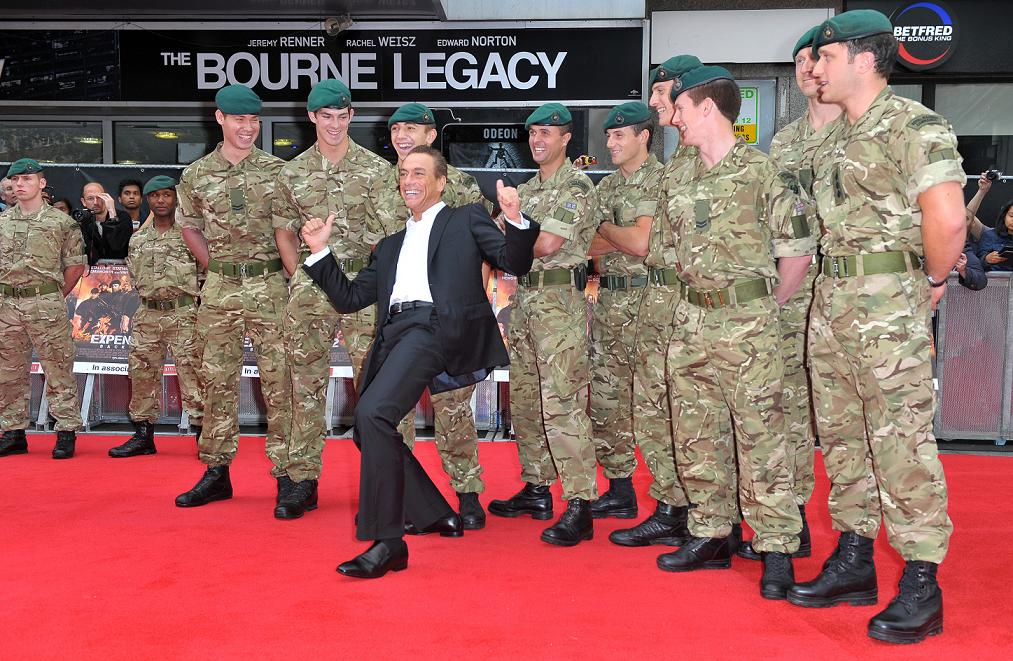 In an echo of the grand theatre of the Olympic Closing Ceremony, the Leicester Square Empire’s red carpet ran not just out the door but half way around Leicester Square itself, lined on either side five deep by 4 pm, as if a large scale metaphor or representation of that great British institution, the Post Office queue. 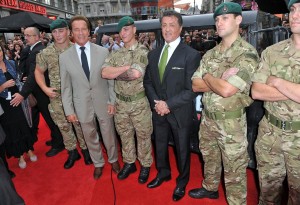 Like the Closing Ceremony it probably looked amazing from the air and took a long time for much to happen. But things eventually did, to thunderous roars, equally from crowd and “talent”, as the much of the collected greatness of the 80s hi-octane cinema: Schwarzenegger, Van Damme, Lundgren, Stallone, Statham strode along the running-track carpet. 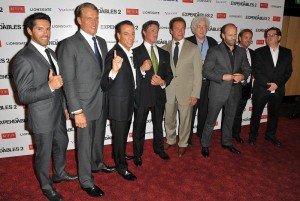 There has been a whole lost generation of new cinema stars, for these men in their dotage can still pack theatres and fill town squares, like no-one since: if there is one thing these men are not, it is Expendable. Sure, it might take eight of them now, but the crowd didn’t see it that way: on this showing Arnie by himself could have filled Stratford Stadium, and won all Austria’s medals by himself. He swept past, mobbed, flanked, inexpendable. Flickfeast never got to ask him whether there would be a Kindergarten Cops 2. 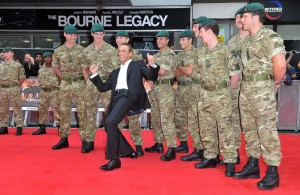 We did get a brief word with Van Damme and a longer one with up and coming star Scott Adkins, a handsome, modest and agreeable chap yet – perhaps for just those reasons – to acquire a Conan-sized swagger. Producer Avi Lerner was sanguine when Flickfeast asked him how one goes about assembling the greatest stars of action cinema in one place. “Find good roles; good characters for these guys to play,” he said. “And pay them!” With that he was off; then the former Governator swept briskly by, surrounded by a phalanx so deep it was hard to see him, let alone get in one of Flickfeast’s searching interrogatives.  He’ll be back; there’ll be another time.

In the end, the assembled blogger community were reduced to fans, loosing off iPhone rounds as if it were the final scene of Universal Soldier 5, as Lundgren and Statham and Van Damme spoke with the crowd. A light rain began to fall, and the Expendables were gone.