by Jae Prowse
in Spotlight

Father’s Day. The one restful Sunday in the calendar year when Dads can put their feet up and take a nice, big slurp of their coffee, tea or alternative beverage. Usually from a brand new mug emblazoned with the legend, ‘World’s Best Dad’, whilst safe in the knowledge that the lawn can wait until the following weekend for a trim.

In honour of this celebration of all things paternal, we’ve put together a list of five of the best screen Dads and, for balance, we’ve also included a selection of five of the worst. So, if you are a father (and even if you’re not), sit back, relax with a fresh mug of your favourite beverage, ignore the chores and enjoy. Happy Father’s Day! 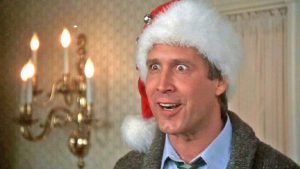 It’s difficult to recall a screen dad more family-orientated than one Clark W. Griswold. Whether he’s dragging the family on an epic, long-distance drive to experience the wonders of the Wally World theme park – even if that means holding up the security guard when they find it closed for repairs – or bordering on hysteria with his desire for a good old-fashioned family Christmas (complete with power grid-sucking exterior festive lighting), Clark is nothing if not an enthusiastic, if over-zealous, Dad. 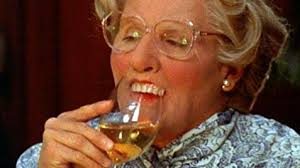 Divorced father Daniel Hillard wants to spend more time with his kids. So, he does what any sane, reasonable man would do: he convinces his ex-wife to hire him by disguising himself as a matronly Scottish nanny. Along the way he not only wins over his children, but becomes a better dad and learns a lot about himself, including the golden rule of latex disguises; don’t attempt the Heimlich manoeuvre in full costume. 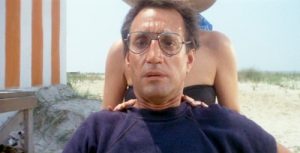 When the sleepy costal resort of Amity is thrown into chaos by a marauding killer shark that nearly claims the life of the eldest Brody sibling, Mike, Chief Martin Brody takes to the high seas to hunt the shark down. For extra dad points, and despite enduring the horrors of Jaws, he did it again in the sequel. For full father-and-son effect, check out the scene in which young Sean Brody apes his dad at the dinner table. Amid the aquatic horror, it’s a touching lull in proceedings and a beautifully captured family moment. 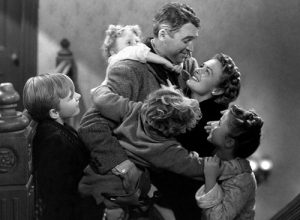 Life is getting on top of George Bailey to such an extent that he’s about to end his own life. Being the man he is, however, George instead rescues the life of his guardian angel, who shows George what the town he grew up, and still lives in, would look like were it not for George’s good deeds. Like his own father, George is a good man to everyone around him, and a great father figure despite having to relinquish his owns dream of seeing the world. His frustrations are warranted as he seemingly carries the weight of the world on his shoulders and despite almost coming apart, it’s George who holds the town and his family together. 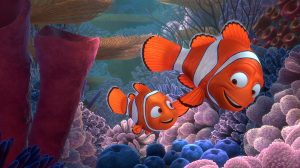 Definitely a contender for the World’s Greatest Dad award. Marlin crosses oceans, tangles with sharks, encounters the wrong end of a swarm of jellyfish and narrowly escapes a flock of seagulls, all to find his missing son, Nemo. Yes, Marlin is overprotective, even to the point of paranoia, but he’s a single parent and his words of warning have merit, particularly after Nemo is caught in a net and transported to a fish tank in Australia. 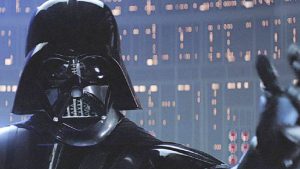 The Grandaddy of….um….Daddies. Darth Vader is a walking vision of a nightmarish father. Evil. Check. Absent. Check. Utilises the force for wrongdoing. Erm…Check. Until the great reveal at the end of The Empire Strikes Back, there’s no hint that Lord Vader might be in anyway related to Luke Skywalker, the farm boy from Tatooine. Being the dreadful dad that he is, Vader first cuts off Skywalker’s hand, before uttering the immortal, “I am your father!” Gee, thanks Dad! 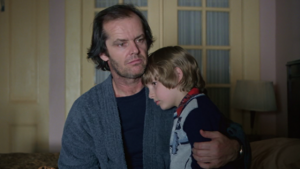 All work and no play might indeed make Jack a dull boy, but if he tried a hint of parenting maybe things wouldn’t have turned out so ugly. We jest, of course, but despite holing up with wife and child at the Overlook Hotel for the winter, ostensibly to write a book and do a little caretaking, Jack Torrence barely connects with his family, save for an attempt to bash Wendy’s brains in and chase little Danny through a snowbound maze with murder in mind. Charming. 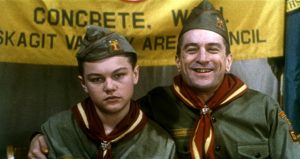 Ok, so Dwight Hansen isn’t the biological father of young Toby in Tobias Wolff’s memoir, but as stepfather of the boy, and a horrendous one at that, he deserves a mention. Emotional and physical abuse are the order of the day as Dwight seeks to make a man of his inherited stepson. While Toby’s mother is initially unaware of her new husband’s bullying behaviour, the layers are soon peeled back revealing the monster within.

While serving a prison sentence, self-appointed preacher and murderer Harry Powell learns of s secret stash containing $10,000 from a man on death row. Upon his release, Powell locates, woos and marries the condemned man’s wife and takes on her two children who seem to know the location of the money. A father-figure Powell is not, and once he murders the children’s mother, any pretence at a paternal relationship is swiftly brought to a halt as the ‘Reverend’ closes in on the cash. 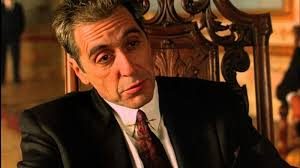 Jut when he thought he was out….Michael Corleone’s past catches up to him in this final, underrated chapter in The Godfather Trilogy. Decades of rule as the head of Corleone family, have taken a toll; not least ordering the execution of his own brother, Fredo. As father to Mary Corleone, Michael is something of a grey area. While his overriding interest is in her protection, steering her clear of anything that may put her in harm’s way, even forbidding her relationship with hot-headed lieutenant Vincent Corleone, it is ultimately the sins of his past that heap tragedy upon Mary and the family.

Happy Father’s Day! Who are your best and worst movie dads? Are there any we’ve missed? Let us know in the comments below.