With great power comes great responsibility. Can’t quite remember where we’ve heard, that but it most certainly applies to a film director. On the journey from the beginning of their career to the end, there are often often seismic shifts in directorial style, either aided by budget considerations, faith from the audience and studio or personal, contextual changes. Whether these help or hinder directors to achieve their vision is. of course, up for debate. And luckily, that’s why the FeastFam’s here. First up…

Every film maker has their obsessions. Spielberg has broken families, Herzog has eccentric dreamers. Kubrick has the Freudian unconscious, Tarantino has……feet? Then there’s Christopher Nolan.

Nolan has always dealt in fractures, be it narrative, character or within the very structure of the editing of the work as a whole. In this respect, watching his debut feature Following (1998) back to back with his most recent picture, Dunkirk (2017), one can see an artist’s evolution in its purest sense.

In both cases, the characters are in constant movement, always propelling the narrative forward. They are often of few words, predominantly male and missing something, something that makes them less than the sum of their parts. For the young man (Jeremy Theobald) of Following, it’s loneliness and a desperate desire to be someone else. In Dunkirk what’s missing for all the characters is the comfort of home, and of safety, in a war where even being rescued can result in oblivion.

If we see a switch in style, between 1998 and 2017 it is really only within the budgets that Nolan can now command. Following is a noir-tinged black and white 16mm calling card, which uses specific editing to craft its story. Dunkirk is IMAX-driven event cinema, and yet deceptively simple, were it not for the ingenious structure with which the action is weaved together, Nolan managing to take an otherwise average screenplay and craft it into one of the most beautifully paced and original war pictures in years, delivering three distinct takes on warfare: land, sea and air, that he merges into one collective, shared event.

Nothing can communicate time quite like cinema, and Nolan is a master of illustrating just how important time is, not just within the context of the story he is telling, but within the emotional spectrum. Time plays its part in all his work, from the prison of Inception’s dreamscapes, to the furthest reaches of Interstellar’s gravitational conundrums. From a stalker on the street to the soldier on the beach.

It is in this sense, that Nolan may be painting on a larger canvas, but his techniques remain the same. His films are about experience — for his characters and his audience.

David Fincher had something of a shaky start to his directorial career. Following in the sizeable footsteps of Ridley Scott and James Cameron, he took on the merciless, malicious, monster in the form of Twentieth Century Fox, sorry, the Xenomorph in Alien 3. The film’s infamously troubled production, studio interference and eleventh hour re-writes saw Fincher eventually storm off set, disowning the film and all subsequent cuts, returning to the music videos which made his name.

Regardless of being the franchise’s first misstep, Alien 3 made some daring decisions – killing off all of the major characters by the final frame – and created some iconic imagery along the way to become the contrarian’s favourite Alien outing.

Although having since moved on to TV, directing and producing the engrossing but terribly-titled Mindhunter for Netflix, Fincher’s last film was 2014’s Gone Girl. The novel adaptation kick-started the Gillian Flynn love affair, seeing Sharp Objects, Dark Places and the upcoming US remake of Utopia spring to life. Each is similarly unflinching and raw. What could have been a run-of-the-mill drama in another’s hands, Gone Girl is suspense in the truest sense, with deeply drawn morally-ambiguous characters, muddy motivations and the blackest blood you’ve probably ever seen.

At the grand old age of 90, Agnès Varda is finally getting her due. An installation of hers takes pride of place at the current Liverpool Biennial. Last year she received a long-overdue Honorary Academy Award. The release of her latest documentary Faces Places, a collaboration with the photographer JR, has heralded re-releases and touring retrospectives of her back catalogue. Faces Places is superb, warm and human, yet Varda hasn’t made anything those adjectives don’t apply to, beginning with her feature debut in 1954, La Pointe Courte. 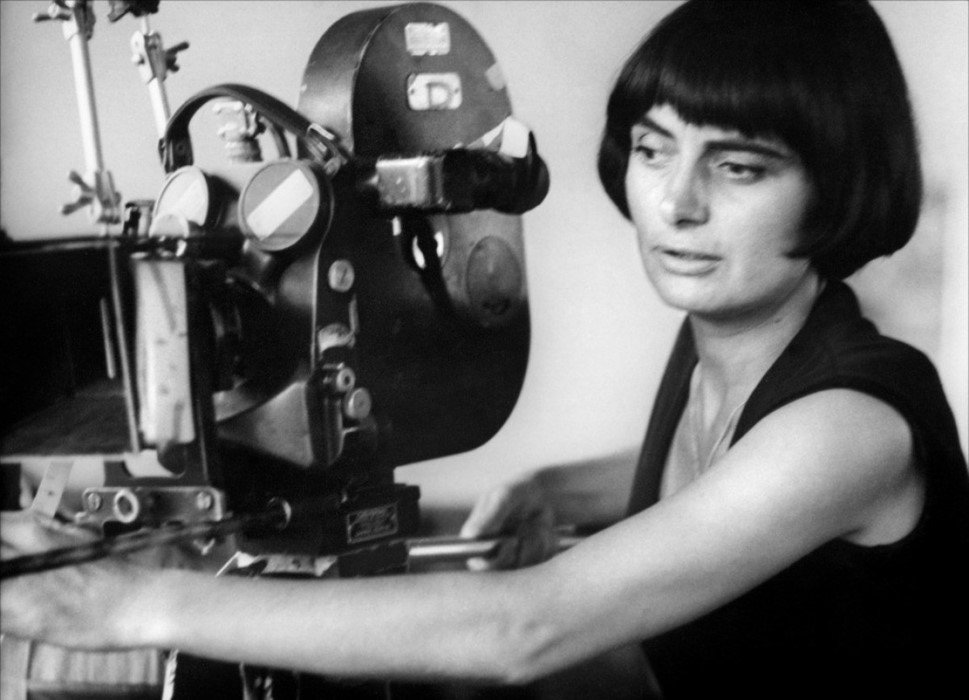 While a contemporary of the French New Wave, it has taken much longer for her to reach a similarly iconic status to Godard or Truffaut. The reasons for this are likely manifold, including ingrained cultural sexism. I reckon a lot of it’s down to the fact she shirks the easy, cool cynicism and chilly intellectualism of her peers for something brighter, if not trickier to take on board.

She’s never sentimental. In Faces Places, she and JR meet everyday folk on a roadtrip through rural France, taking their photos and pasting huge reproductions on building sides. Along the way she displays her characteristic wit, intelligence, and allegiance to radical causes including women’s liberation, class struggle and animal rights. These concerns are shown to be part and parcel with, rather than contrary to, her genuine love for and interest in human beings

La Pointe Courte displays this just as stridently. It follows the occupants of a small French fishing village, giving ample time to the quiet performance of everyday rituals — cooking, cleaning, hanging out the washing — as to the complex emotional lives of its working-class characters. Made over fifty years apart, Faces Places and La Pointe Courte were produced in very different ways (Varda has long since adopted digital filmmaking) but both express a uniformly curious, cheeky and provocative interest in normal people.

When lists of great directors are bandied about, there are the usual suspects and the former video store clerk Quentin Tarantino is one of those names normally mentioned. One of my favourites, his movies got me into movies.

Reservoir Dogs was Tarantino’s first feature and it links perfectly with his most recent work: The Hateful Eight. 23 years bridge the gap between his independent debut of mouthy gangsters and a Western with a mouthy rag-tag group, even in this long time, the style is still strong and easily identifiable as a Tarantino product.

In terms of similarity, there’s the settings: one may spend a lot of time in a claustrophobic cabin inspired by The Thing, while the other mostly plays out in a rundown warehouse sandwiching the previous diamond heist but both of these locations are great for the screenplay. Tarantino’s gleeful dialogue runs wild and sees his characters bicker, jab and seal their dooms.

The 1992 warehouse and 2015 stagecoach lodge are confined places which ensure the films focus’ are on the characters and dialogue. Action may wait around the corner but it takes a welcome backseat for people like Mr. Blonde or Major Warren to show off their extreme characteristics as their predicament heats up.

Music also plays a significant part in the storytelling and the 55 year old director has always been an aficionado for letting sounds do a big part of the talking. Where the differences start to become noticeable are in the Reservoir Dogs‘ DJ-like shuffle through selected songs, making the film like a Greatest Hits cassette which punctuates the exploits of undercover cops and guys with coloured code names. Alongside Harvey Keitel, Tim Roth and co are the wonderful pumping sounds of a Steven Wright-backed radio station which blasts out cool ’70s tunes, forever associated with this film.

Where The Hateful Eight contrasts is that legendary Western composer Ennio Morricone came on board for Tarantino’s first film to feature an original score. The combination of the directors’ usual flashy styles of violence and whip-smart dialogue, backed by brooding and swirling orchestral notes are a match made in heaven. You’re listening to this majestic orchestra gifting the story a hugely cinematic presence. This is further illustrated by the fact that ‘The Hateful Eight’ was taken on a grand 70mm roadshow; truly one of Tarantino’s most vividly filmy films to date.

So, with a meaty filling of samurai assassins, Jews and Nazis, and a Jack Rabbits Slim’s dance, it’s Quentin Tarantino’s first and most recent offerings that actually do well in being more similar than you’d expect.

Which director do you think have gone from strength to strength? Which have gone downhill, double quick time? Let us know in the comments below.