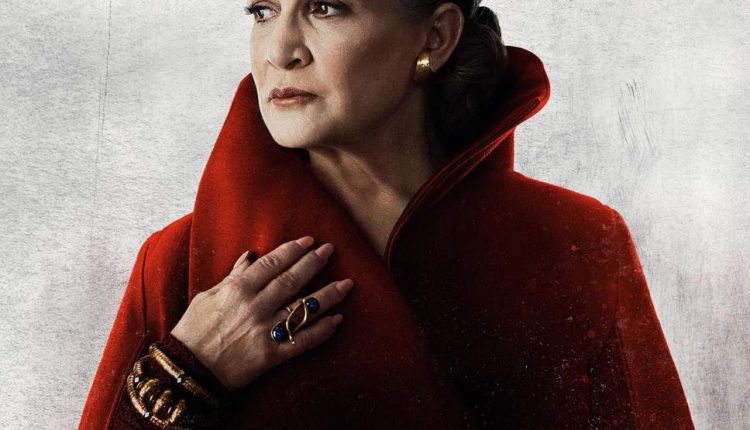 If you’re anything like us, your New Year’s resolutions have long-since lapsed, you’re wondering if you’ll ever see any daylight outside of work hours again and you’re waiting for something to come along and give you the kind of hit that Renton could only dream of. Good job then, that the writers at Flickfeast have got together to share our fave film previews for 2019. Fingers crossed they all deliver! First up…

As a huge fan of Stephen King’s novel It and horror in general, I was equally fearful and excited of Andy Muschietti’s 2017 adaptation. Nonetheless, the re-imagining/reboot/remake – whatever you want to call it – of It: Chapter 1 was a tremendous, sometimes terrifying and faithful adaptation of King’s story. Bill Skarsgard brought Pennywise to life in a chilling fashion, without mimicking Tim Curry’s previous eerie portrayal, and the young cast were all excellent. Naturally, the sequel is now my most anticipated film of 2019.

It: Chapter 2 fast forwards 27 years later and, although the Losers Club have moved on from their torment at the hands of Pennywise in Derry, they haven’t forgotten the promise they made all those years ago. Now, they must band together for the final time, return to Derry and put an end to Pennywise for good.

The adult cast for Chapter 2 is a great one. After months of speculation, Jessica Chastain was confirmed to be playing the role of Bev, joining James McAvoy, Bill Hader, Jay Ryan, James Ransone, Isaiah Mustafa and Andy Bean. Andy Muschietti also returns to direct a script written by Gary Dauberman. With a brilliant start and so much promise in the sequel I can only ask, what can go wrong?

I’m hoping to see the follow-up delve more into what Pennywise really is; his “true” form as it were. The 1990 mini-series was bold in its depiction of Pennywise’s arachnid identity, but I highly doubt we’ll see something like this in 2019. Will It be a spider at all? Or will we see something entirely different? What treacherous forms will we see from Pennywise in general?

There are so many questions that I can’t wait to be answered. It: Chapter 2 will land in cinemas on 6th September; just 8 long months to go.

Katie Smith-Wong – Once Upon a Time in Hollywood

Despite rumours of retirement and reports of his involvement in the Weinstein scandal, Tarantino is pushing ahead with ninth feature film, Once Upon a Time in Hollywood.

Not only is this the first Tarantino film to be based on true-life events, but it is the first not to be distributed by the now-dissolved Weinstein Company. Once Upon a Time in Hollywood centres on the infamous Manson family murders, which resulted in five deaths, including that of Roman Polanski’s late wife Sharon Tate (Margot Robbie).

The film highlights an ensemble cast that reunites Tarantino with Leonardo DiCaprio, Brad Pitt, Tim Roth, Kurt Russell and Michael Madsen. With his style and use of violence, this ties in nicely with Tarantino’s filmography and will surely be one of his most anticipated yet controversial features of his career.

Whilst pondering the big film releases of 2019, thoughts of which was the most highly-anticipated immediately led to a film primarily made with children in mind, but also one which was bound to reduce adults to mere jabbering wrecks by the end of it. Especially if the effects of the last instalment were any indication. That highly anticipated film is Toy Story 4. Obvs.

Toy Story 3 seemingly closed a chapter as Andy rode off into the college shaped-sunset, leaving Buzz, Woody and co. in the enthusiastic hands of an appreciative and imaginative Bonnie. As an audience, we dealt with it. We accepted it. We moved on. So, how’s about we drag it all up again, eh?

This time around, director duties fall to Josh Cooley (who penned the screenplay for Inside Out) withthe fourth instalment looking set to follow our heroes as they head off on a road trip, led by “Forky” who is, well, cutlery with googly eyes stuck on. Existential quandaries aside, it’s slim pickings when it comes to plot details, although it somehow still feels like it can’t possibly disappoint.

The overwhelming feeling is that this film will be the final, final chapter in the series with posters suggesting Woody’s ready to hang up his spurs. But throw in that classic voice cast returning along with the added vocal talents of Patricia Arquette, Jordan Peele and, woah, Keanu Reeves and we’re ready and raring to say; “Toy Story! Come on and take your best shot. We can take it.

It might seem odd to have a film that is listed on Imdb as “Plot unknown” as your most anticipated of 2019. Yet all I need do to justify the selection is spend 100 plus words reeling off the cast list because Rian Johnson has brought out the big guns for Knives Out:

This is Johnson’s first film since The Last Jedi, which was a radical (and welcome) change of pace for the Star Wars universe and the best film in the saga since The Empire Strikes Back (yes, I went there. Come at me bro!).

All that is known about the film is that it may be a “modern murder mystery in a classic whodunnit style”. Could this be Johnson’s Murder On The Orient Express? Or perhaps his take on Clue.

Only time will tell but he has successfully put his own twist on other classic genres such as film noir (Brick) and science fiction (Looper) so it would be fair to say, to quote a character in The Last Jedi, “This is not going to go the way you think.”

Is Luke really dead? Will Leia really die? Is Kylo Ren dead inside? Will Kelly Marie Tran return to Instagram? If Rey’s parents were indeed drunks, what was their tipple?

All these questions and more will be answered (maybe) in the final instalment of the Skywalker saga, which began a long time ago in a galaxy far far away.

Following on from The Last Jedi, an instalment so dividing that it made the cinema feel like Berlin in 1961, director JJ Abrams returns to finish what he started, with Star Wars: Episode 9, which is as yet untitled, although a few suggestions i would throw out there would be:

With so many plot strands dangling, like a buggered dream catcher, the anticipation levels for this particular episode are sky (walker?) high, not least because this is, essentially, the finale to that story of the young farm boy who was whisked away by a beard in a dressing gown back in 1977, the last piece of a family drama that has spanned nine films, if we don’t include the spin offs, and, judging by Solo’s box office, it seems that nobody does.

It’s a big deal, not least because as we wave farewell to the Skywalkers, we open up that universe for new stories, stories not dependant on past knowledge of who shot first, why Amidala wore those impractical outfits, or why on earth Yoda still had that pissing walking stick once he was a force ghost.

In short, for a generation, its the end of an era.

Star Wars has that uncanny ability to tap into our childhoods. For those of us who grew up with it (the toys, the videotapes, the god-awful rereleases and the below par prequels), it’s the cinematic equivalent of locking our toy box up for good.

Adventure? Excitement? This flyboy craves all these things.

You’ve read ours, now let us know yours. Which films are you most looking forward to in 2019? Let us know in the comments below.