Flickering Thoughts – Too Much of a Good Thing

A few years ago the prolific author Stephen King was quoted in the press as stating that he was giving up writing.  Of course he didn’t, and since then has produced some of his biggest books, including several non-horror volumes.  You then have the likes of J. K. Rowling who – having graduated Harry Potter – now seems set to be just as prolific, and successful, as a crime writer.

Those involved at the forefront of the movie business are often just as productive.  As with many in the arts and entertainment industry, people who work on the periphery of the film world can struggle to find work – eking out a living between occasional jobs with work which frequently has little or nothing to do with acting.  On the other hand if you are fortunate to hit the big time, your face seems to be everywhere.

Admittedly you’re only as good as your next job – particularly where the precarious world of film is concerned.  Cinema is littered with the corpses of stars whose once glittering careers lost their lustre and were consigned to the backlot of movie history – frequently after winning the top accolade of an Oscar.  In the light of this it is, I suppose, to be expected that actors, directors and producers want to make the most of it, before the fickle public moves on to the next hot thing.  Admittedly there are those able to go on seemingly indefinitely with everything they do turning to gold.  However, for every Meryl Streep, Clint Eastwood or Steven Spielberg there are a hundred Burt Reynolds, fondly remembered by fans of a certain age but now largely forgotten in the ever changing field of films.  So you can’t really blame the stars of today for churning out as much as they can, when they can.  However you do have to question whether you really can have too much of a good thing?

Take for instance the cute, and not without talent, Emma Stone.  In the space of nine years since she hit the big screen in 2005 she has, according to IMDB been seen in thirty two projects (including it has to be said a number of television appearances).  Add to this another six projects in development, and it appears that she will never be out of the limelight during the next couple of years.  Or how about the ubiquitous Tom Cruise who has a staggering eight productions in the pipeline.  Now, if everything the big names in film turned out, were of top end quality you may not mind.  However, even for the likes of Cruise, for every memorable appearance there are several which he would probably agree should be forgotten. 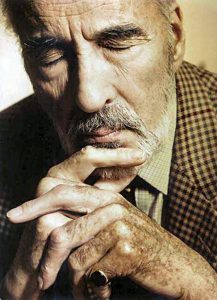 If you check online the output of the iconic master of horror Christopher Lee, you will see that in a career spanning almost seventy years he has starred in 280 productions – which averages out at around four a year.  If Cruise follows this road, he could break that record with ease if he lives and works as long Lee.

Clearly, as with Stephen King and his writing, if you love what you are doing for a career, then you won’t be content to just sit around – it’s in your DNA to keep working at what you know and do best.  But I do think that you can have too much of a good thing, and perhaps the occasional ‘rest’ as they call it in acting circles, could do wonders for a stars popularity as well as the longevity of their career.

Some of my best discoveries have been found by pure chance on YouTube.  Take for instance the obscure film I came across recently, which I can guarantee the majority of people have never heard of – unless you happen to be a devoted fan of the work of Angela Pleasence.  I discovered Symptoms (1974) because it was directed by José Ramón Larraz, the man behind another of my favourite films Vampyres (1974).  A truly unnerving delight Symptoms is not particularly gruesome – there are a few quite frenzied knife attacks, but hardly anything to cause sleepless nights.  Its appeal lies more in the air of forlorn melancholia and otherworldliness which saturates every aspect of the film.  Here is something perfectly suited to watch on a long summer evening, as it will create chills no matter how balmy the weather.  Check it out on YouTube and prepare to be disturbed.

Frightening Times – where has all the good horror gone