Flickering Thoughts – A Labour of Love

I still remember the first piece of writing I was paid for.  I was nineteen and had just spent three months working on a summer camp in America.  Camp America, the organisation I went with, paid me some money (I can’t recollect now how much) for an article I had published in a local Northern Ireland newspaper on my experiences at the camp.  With the money I bought a boxed set of The Chronicles of Narnia in hardback, which I treasure to this day.

Since then my writing has expanded beyond the remits of a local newspaper and, occasionally, so has the monetary renumeration.  The most I ever received was the princely sum of £500 for an interview I did (fifteen years ago) with the actress Ingrid Pitt and her daughter Steffanie, for the Relative Values section of The Sunday Times Magazine.  Though the editor of the section explained to me that the fee wasn’t very much, I was bowled over with the equivalent of half the monthly pay of my regular job, for a 2,500 word article – so I guess it’s all relative.

Following this my writing has increased though, sadly, the pay has not.  The majority of my writing is done for free.  The occasional magazine that I contribute to pays, though £50 for the odd article here and there is never going to be enough to allow me to give up my day job and write full-time.  However I’m not complaining.  I have friends who regularly ask how much I get for the work I do, as I seem to spend most of my spare time writing pieces for some publication or website.  Indeed I counted up recently that if I’d been paid even £10 (which is hardly astronomical) for everything I’d written within the last three years I’d have earned around £5,000.  My father, ever the businessman, once suggested that I stop writing for publications which didn’t give me some kind of momentary reimbursement.  But this is where the problem lies.

For every person who writes for a website or magazine there are probably a hundred (or more) wanting to take their place.  If I was to say I’m not writing any more until I’m paid, there would be countless others willing to do it for free.  Also I really have no one to blame for the situation, at least where websites are concerned.  Most of these are run in their spare time by people who love film and who, other than perhaps a little revenue from advertising if their site is successful, make no money from it.  Most sites make this quite clear before they take you on, so new writers know exactly what they are letting themselves in for.  However the payoff comes in different ways.  I recently contacted a web based magazine which I’d read, to ask if I could contribute some work.  When the editor heard of some of the other publications I wrote for he agreed without hesitation – the added bonus being that he does pay.  My web based writing has also opened doors to work on publications like the renowned Video Watchdog, the Curzon Magazine and Rue Morgue as well as pieces for a book last year and the booklet notes for an upcoming Blu-ray release by Arrow Films. 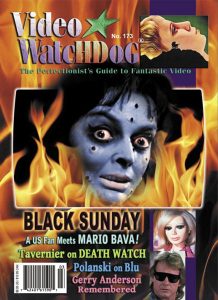 My writing compensates me in other ways too.  I now, as mentioned last week, have built up an enviable DVD and Blu-ray collection, as well as regularly attending film screenings and press conferences where I have seen big names – like Gwyneth Paltrow, Robert Downey Jr and Steven Spielberg – in the flesh.  So there are payoffs, but it takes time.  Sticking with it for free proves your worth as a writer, as well as demonstrating to yourself whether this is really something you want to take seriously or just dabble in as a hobby.  Though sometimes the motivation to meet deadlines is more difficult to muster, doing unpaid work does allow you a certain freedom to experiment and dare I say, make mistakes, which paid work may not.

I have a close friend (whose an author) that I’ve mentioned before.  She believes wholeheartedly that if I stick with it my writing will begin to pay dividends – which it is, slowly.  Besides I still get a kick from seeing my name in print, and knowing that perhaps someone is reading something I’ve written, which no amount of money could give me – which is surely all that really matters. 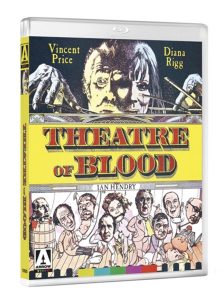 The highlight of my week was, without doubt, receiving the press release for Arrow Film’s upcoming Blu-ray release of Theatre of Blood, and the PDF of the booklet which I wrote to accompany the film.  I know I’ve already mentioned it (people who know me are probably sick hearing about it), but to see the finished booklet that I’d had a hand in producing was quite an emotional experience.  Imagine what I’m going to be like next month when the actual film is released.