There are times when I think film critics (myself included) don’t appreciate quite how lucky we are.  There could be worse jobs than spending a few relaxed hours, in a comfortable armchair, with a glass of wine, watching the latest film releases weeks, sometimes months, before the general public.  But what’s it really like to attend a film screening – the process of showing films, for review and publicity purposes, to the press and media before its general release.

Well for those who aren’t aware there are basically three types which, if not varying in degrees of importance, are different in form.

The first and perhaps most similar to what the general public is used to, are the large multi-media screenings.  Generally held for major blockbuster releases – I’m due to attend one for The Amazing Spider-Man 2 (2014) this coming Tuesday – these are usually held in one of London’s main West End cinemas.  Attended by website bloggers, press, radio and television journalists and lucky guests (I’ve never quite found out how they manage to get in), these are much like any night out at the cinema, sharing the experience and excitement of a film with several hundred other people.  Though those attending are often supplied with free food and drink – I remember one screening where hotdogs and beer were provided – the real appeal of these is the opportunity to see major releases before everyone else (and to write about it of course). 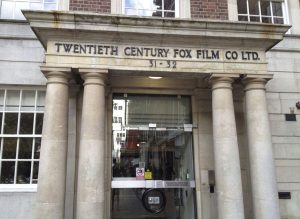 The best screenings to attend are those shown at the smaller, specialist screening theatres.  A number of these are dotted around Soho, either in venues like the Soho Screening Rooms in D’Arbly Street, or at studio headquarters such as 20th Century Fox in Soho Square or Sony in Golden Square off Piccadilly Circus.

Seated in plush armchairs, surrounded by state of the art sound systems in small rooms usually seating no more than twenty to fifty people and plied with wine, beer and sandwiches before the film, there really is no better way to spend an evening.

Last, but not least, are the screening discs you’re sent to watch at home.  These are generally for films prior to their DVD or Blu-ray release though occasionally you will receive a screener for a new cinema release if, for some reason, there has been no public screening.  Sent as non retail discs in paper pouches – no chance of copying or flogging them – the main advantage of these other than the relaxation of being able to watch a film in the comfort of your own home, is that you usually get to keep the film.  Since starting to review seriously again three years ago I have built an enviable collection of recent and classic films on DVD and Blu-ray, which goes some way to compensating for the fact that writing for anything other than a major newspaper or magazine is generally unpaid.

There is (unfortunately) a downside to all of this.  I see on average perhaps three or four films a week – not as many as some critics for whom it’s a full-time job, but probably a lot more than the average member of the public.  As a result I seldom go to the cinema now – as many do – for a night out with friends.  Quite apart from the fact that I’ve already seen many of the films before they’re released, a trip to see a film as a ‘treat’ doesn’t have the same appeal which it used to.  Don’t get me wrong.  I love going to the cinema – in fact for me the whole experience of sitting in a darkened film theatre as the lights go down and a film’s opening credits begin to roll still sets my spine tingling.  The anticipation of what’s to come and being transported – at least for a short time – to another world where anything (and everything) can happen is still as exciting for me now as when I first went to the cinema over thirty years ago.  The fact that I now get to do this as a job makes me feel enormously privileged.

The high point of my week was finding out that my thoughts on an upcoming film release are to be quoted on the promotional material which will accompany its release – I’ve got to keep the title hush.  Since I started reviewing I have been quoted on several posters and DVD covers – I even had my name appear with my quote at the end of the trailer for the gothic thriller The Monk (2013), which is probably the closest I’ll ever get to having my name in lights. 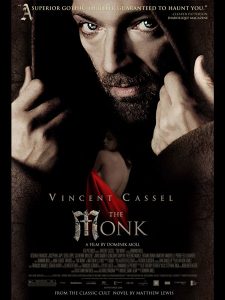 The tribulations of working for free.