When you just can’t take no for an answer

One of the hardest aspects of writing for publications – be that websites or printed matter – is getting people to take notice of you.  That initial step when you get people to give you a  break is difficult enough – as I said last week it’s often helpful to have contacts.  However, once you’re over that initial hurdle, you would think things would get easier.

I used to believe that once I’d written a piece for a major weekend newspaper supplement, other people would take more notice.  Now no doubt that has happened to an extent.  Even so almost twenty years later, the rejections when I approach people to enquire about the possibility of contributing to their publications, are still as regular as the acceptances.  Now clearly there are those forward thinking individuals, willing to take a chance and give you an opportunity.  Equally though there are those who politely, but firmly, tell you no – the usual reason given being that they have enough on their staff at the moment or that, due to cutbacks, everything is now done ‘in-house’.  I’m not saying this isn’t true, but I believe there could always be room for one more.  It may mean a regular contributor only gets four reviews that month as opposed to five.  However one less for them could be the make or break piece for someone just starting out.  Besides how does an editor know that the person they’ve just rejected isn’t going to be the next Roger Ebert or Pauline Kael. 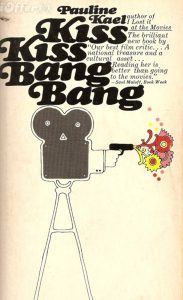 Do you take no as a final answer?  Constant email enquiries can be off-putting, so when do you accept that enough is enough – at least where a specific publication is concerned – and move on to trying another.   Or do you believe in yourself and refuse to take no for an answer – perhaps they haven’t received you enquiry.  Let me give you two examples which illustrate my point.

About a year ago I approached a well known publication (which I won’t mention by name) to enquire about the opportunity to write for them.  Fair enough I was relatively new to the game and this was a major title, but I’ve always liked a challenge, and believed that I was more than capable to write for the big boys.  After sending my initial email I received no reply.  It’s always hard to know the appropriate length of time to wait before you send a followup enquiry – just to check that your original one arrived and whether the person you’re approaching has had time to consider your request.  Anyway I waited about a week and emailed again.  Nothing rude or pushy, just a polite reminder.  Again no reply.  Now this presents a difficult dilemma.  Do you keep sending emails until you get a reply, or do you take the hint and try someone else.  I kept emailing, and eventually got feedback.  The editor had indeed received my emails, but had been at a film festival and was unable to reply until he’d got back to London.  In no uncertain terms he told me that my constant emails may appear to some people as bombarding and could put them off, and a more measured approach might be better in the future – incidentally, he also said that he didn’t have any opportunities available.  I took the hint, replied to thank him and apologise for my ‘over zealous’ approach, and quietly put it on the back burner.

Though the editor had a point, it can work both ways.

When you, the sender, receive no reply how are you to know that your email got there, let alone whether those you’re contacting actually took time to consider your request.  Editors at magazines and websites say that they receive hundreds of enquiries every week from people asking if they can write for their publication.  Very true.  But to ignore these enquiries is bad manners as well as frustrating to the person trying to get the break.  Even a standard reply costs nothing more than the push of a button to send, and at least lets those contacting the publication know that they won’t get anywhere – at least for the moment – by emailing again and again.

Now, a year later, I’m going to try the editor at that well known publication again.  I’ve leant a lot since my last attempt, not only in my skill as a writer, but also in my way of promoting myself and what I have to offer.

Then you have the other extreme.  More recently I sent a piece off to a magazine for publication on their website.  I’ve contributed quite a lot of work this year to the magazine, but only one previous piece to the site.  As a result I sent my new article to the magazine’s editor.  After receiving an email from the editor of the site saying that he was looking forward to reading the piece, I believed that my contact at the magazine had forwarded my piece and that everything was ok.  Having waited well over a week and seeing nothing appear, I tentatively contacted the guy in charge of the site to ask if my piece was going up.  He replied to say that he hadn’t received it and had been waiting to read it.  The confusion sorted I forwarded my article again and, I’m glad to say, that it has now gone live.  My point is however, if I’d taken the advice of the editor at the publication I wrote to last year, I could still be waiting for my article to be published – and the editor could still be puzzled as to why I’d never sent it to him.

The truth is there’s a fine line between appearing pushy and being too laid back.  Both approaches in their own ways can back fire, and it’s often hard to know how far to go.

My advice?  Well, if you believe strongly in yourself – which you have to do to be in the writing business – don’t take no for an answer.  Build on the outlets who have given you a chance.  Write for them as regularly and consistently as you can, using this experience to hone your craft and learn from your mistakes.  Give it a while before you try the publications which turn you down again, and when you do be able to show that you have progressed and developed since your last contact.  Hopefully the fact that you have learnt something as well as not being put off by rejection, will prove that you are serious and really do have some thing to offer.  And who knows.  The next time you write to them could be the same day that their regular writer has moved on and they realise your the very person to fill the empty space.

I know it’ll probably never happen – Matt Le Blanc confirmed that again on BBC1’s The One Show last week.  But who amongst the show’s millions of fans doesn’t still hold out hope that’ll they’ll change their minds and make Friends – The Movie.  I’ve been on holiday for the last week and started re-watching some old episodes, which just reminded me how much fun – and how clever – the show was.  If this mocked up poster and fake YouTube trailer I found on the internet are anything to go by, they’d have a surefire hit.  We can but dream.

Too much of a good thing – film star overdose