This week, my thoughts on… 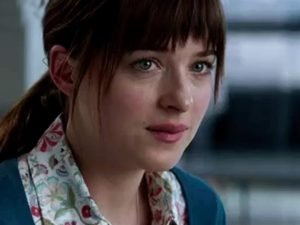 There’s a new one of this coming out, so thought I should probably see the first bit, ’cause I don’t want to look stupid.

Anyway, a lot of people were talking about this film, which always means it will be brilliant, unless it’s not, so I gave it a shot.

There’s a dude who lives in a large shiny building that looks like “The Apprentice”, and a girl with eyes and breasts who comes to interview him, but decides to do sexing instead, because he said he’d make her sign a contract, but that it totally wouldn’t make her a hooker.

There was about 20 minutes of sex things, but nothing my laptop can’t do on a weekend.

Watched it with a mate, who cried through most of it, but he is only 6.