Flim Weakly – Get Out

This week, my thoughts on… 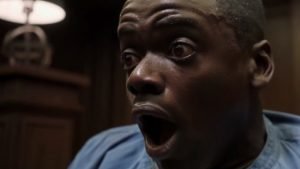 Get Out is about a man who goes to stay with racists for a weekend, which is stupid because he isn’t racist, so going to stay with some racists might make him racist too.

Some weird stuff happens, weirdly. His girlfriend is played by that girl who is friends with Lena Dunham, but she’s not in it, and the guy goes swimming a lot, while crying, which is also weird, because it’s supposed to be a comedy, or something.

Anyway, the guy gets angry and racism doesn’t win, which, in a way, is maybe also racist.