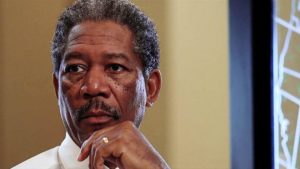 I thought this was a film about a giant space rock that is evil, but the poster lied to me.

It is actually a film about a housewife that can’t find satisfaction from sex, because her clitoris is in the very back of her throat, so she has to give a lot of BJ’s.

And I didn’t see Morgan Freeman in there either. At all. And I really looked.

It wasn’t too bad, though, even if it was filmed with grainy film stock, bad lighting and weird looking actors.

LFF video – Barnaby Southcombe and Charlotte Rampling on I, Anna