Stanley Kubrick was a man with a beard, who made films, just like that other man with the beard who makes films as well, except Kubrick didn’t make as many films as the other one, and definitely didn’t make E.T. 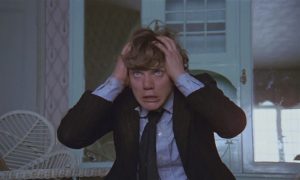 A gang of night bastards beat up everyone that isn’t them, until there’s no one left. Then the chief one, who wears fake eyelashes, goes to live in jail where his eyes get tricked into thinking bad things are bad. Then he goes home, cries a bit and gets beaten up by his mates, before going to live in hospital, where his eyes are made better again, allowing him to go back to being a night bastard.

Because they aren’t that stupid. Although they would like to offer our apologies to Stanley Kubrick’s estate.