Jean Luc Godard once said “Film is truth, 24 frames per second.” Now, I don’t know what that means, but I do know it’s wrong. The Greatest Showman cannot be truth, because it’s made of film, and truth is made of emotions or something. I also don’t know who Jean Luc Godard is, or what 24 frames have to do with it, as frames are usually found in Asda, for pictures and photos to sit in.

This week, I watched the new X-Men movie, which was awesome, because I didn’t know there was one coming out. 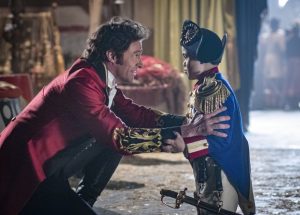 Wolverine starts his own school for weird kids, except most of them are grown ups, apart from one little boy, who has a really deep voice. The film I saw was a bit broken, because they all spoke like they were in Glee, but it wasn’t Glee, because I’ve seen Glee and it’s shit.

This wasn’t shit. But it was a little different from the last few X-Men movies, and didn’t have Mystique in it, which is a shame, because she’s really hot.

Anyway, the dude from Baywatch that wasn’t The Rock, falls in love with a girl who lives on a rope swing, while Wolverine doesn’t kill anyone and everyone ends up happy, except the weird kids, who stay weird, because Wolverine never finds a cure.

They probably all ended up dying.