A mate of mine said this film was the tits…. 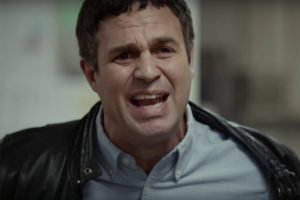 Paedophiles come under attack from a newspaper and try to fight back using God, but God helps the newspaper instead, because Batman and the Hulk work for them.

Sad things happen a lot, until they stop, because things get better, except they don’t, which makes all that effort seem a little pointless.

Hulk doesn’t Hulk out and Batman looks as wrinkly as a deeply moist fingertip.