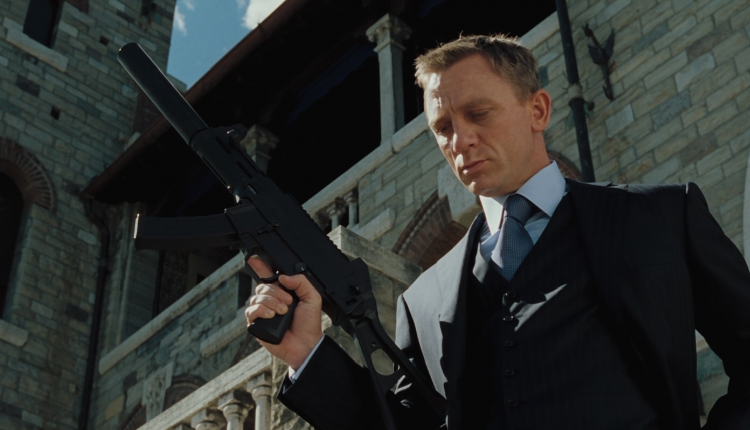 First impressions count. That’s what they all say. Whether it’s first dates, job interviews or the first time in the prison yard (or so we hear). But leaving a lasting impression? That’s what really matters. That final scene and those last few lines in film are often what linger long after the lights come up. Those last lines have the power to cement or save what you’ve just seen; they can turn it all on it’s head and invite a re-evaluation; they can be a punch to the gut or a farewell kiss.

So with that in mind, we would like to present, Feast Fam’s Greatest Last Lines in Film.

In the final scene of Back to the Future, Marty McFly is just beginning to relax. Realising he’s back in the present and everything has been put right he’s just settling into a snog with Jennifer when Doc Brown screeches into the driveway in the Delorian. Urging Marty to get in the car, he insists they need to go back to future and Marty says (inexplicably); “Why? What happens to us in the future, what are we assholes or something”? The whole scene was unexpected and served as the ultimate teaser.

In a snap poll of one, I asked my husband what he thought of the end of the movie. “It was brilliant” he said, “you knew they were going to the future and you couldn’t wait for the sequel.” But, when the screenwriters sat down to write Back to the Future Part II (1989), they were faced with an unwieldy hospital pass of their own doing. The directors later revealed there was never meant to be a second movie; that ‘To Be Continued…’ that flashes across the screen before the end credits was added when the movie was released on home video, at which point they knew the first film was a massive hit making the long line of sequels inevitable. They then had to shoehorn what was promised in that final scene into a coherent storyline for part II.

But at the time, the crew had believed there would never be a second movie and perhaps that’s what made the closing scene of the first so perfect. It doesn’t matter, they thought. Let’s put Doc in yellow satin pyjamas and some rude looking sunglasses, the flux capacitor runs on garbage, flying Delorian … yada yada yada.

And, when Marty enquires if there’s enough road to get to 88mph and Doc delivers that final line, “Road? Where we’re going we don’t need roads,” all the 10 year olds (like my husband and I were at the time) went, “Whoaaaa, THIS is going to be awesome.” And the rest is history.

Also, in an eerie foreshadowing of the future, Doc’s eyewear went on to be widely adopted by the Australian cricket team.

In cinema, as in life, it is very often what is not said that proves to be the most important piece of the story.

Or, in the case of Sofia Coppola’s second feature film, the Tokyo set Lost In Translation, it’s what you don’t hear.

As final lines go, this one may be hard to beat, given that the line in question, as fleeting as the romance at the heart of the picture, takes place between our two main characters, the disillusioned movie star Bob Harris (Bill Murray) and the lovely but lonely Charlotte (Scarlett Johansson)at the very end of their journey.

It’s a journey they have taken separately, but experience together. He’s there to endorse a whisky, she is the tag along wife of a geek chic photographer husband. He’s a mess of middle aged neurosis, she an outwardly confident, but inwardly lost, blank page.

Their friendship intensifies over the next couple of days, but, and this is key, never gets physical. That would be too predictable. They are ships passing in the night, kindred spirits who briefly settle on the same branch together. He gives her the direction and, indeed, perspective in life that she craves, while she allows him to dare to open a heart he thought had long since left the party.

And all in a haze of Coppola’s trademark lightness of touch. So light, in fact, that when they part, it feels perfunctory, polite, as if going through the motions.

Then, as Bob is making his way to the airport he spots Charlotte on a crowded street, dives out of his limo and catches up with her, ready to deliver that all important final line of the picture. This is the moment we wait for, crave, expect.

He whispers in her ear.

We hear only mumbles, and see only her reaction to what he’s saying. Then they kiss, once, gently, and he leaves.

One can only speculate on what he said. Murray and Johansson themselves refuse to reveal the dialogue. And that’s the genius of it. The promise that romance can exist in any form, between anybody, regardless of barriers, be they linguistic or emotional. Yes, my choice is a cheat, but in the end, it’s how it’s said, not what is said, that makes the film so unforgettable, so unique and so beautifully final.

One of the great things about Trainspotting is its iconic title sequence. While Renton (Ewan McGregor)’s voiceover talks about choosing life, it soon becomes clear that he and his so-called mates prefer drugs over trivial things.

After many trials and tribulations, the film’s memorable ending comes after Renton finally turn his back on his friends. However, as he contemplates his actions while crossing London’s Waterloo Bridge, he accepts that he was a bad person and cannot excuse his behaviour.

Nonetheless, he shows his willingness to turn his back on drugs and the negative people he saw as his friends – by reeling off all the things he previously rejected. By the time the title card appears, his choice is evident – he chooses life.

Joel Schumacher’s iconic 80s horror comedy makes it clear that strange things are afoot in Santa Carla from the second that the Emerson family roll into town. There are mall goths aplenty, posters of missing children plastered over walls, window and lamp posts as well as an excessively oily man gyrating with a saxophone. Add to that an unimaginative cover of The Doors’ ‘People Are Strange’ by INXS playing in the background, and you start to get a sneaky suspicion that something’s not quite right.

The Emersons, along with the viewer, soon become embroiled in the secrecy of Santa Carla: Sam (Corey Haim) through his association with comic store proprietors/wannabe Van Helsings, the Frog Brothers, and Michael (Jason Patrick) who himself gets peer-pressured into becoming a goddamn shit-sucking vampire. All this whilst trying to keep it mum from actual mum Lucy (Dianne Wiest) and their taxidermist Lothario grandpa (Barnard Hughes).

Of course, none of this stays secret for long and all concerned get their hands dirty during the climactic carnage: most emphatically and decisively, Grandpa himself. With the house half-destroyed and the undead properly dead, Grandpa trudges to the fridge with a seemingly heavy heart, and cracks open a frosty one;

“One thing about living in Santa Carla I never could stomach: all the damn vampires.”

No laugh. No acknowledgement. Just a matter of fact and a fade to black alongside the knowledge that he hadn’t warned his nearest and dearest of the dangers of life in Santa Carla. Turns out people are strange.

Naturally there are *spoilers ahead*. Psycho’s final line comes after the second of two masterfully executed twists. Two of cinema’s all-time greats.

Then, at the end of the movie, the audience discovers that Mrs Bates has been dead a long time and Norman has been dressing and acting like his mother the entire time.

As Norman sits alone in a prison cell to reflect on what he has done, his thoughts are narrated by his mother Norma Bates who has seemingly taken control of her poor son’s mind completely now.

Blaming her son for the murders, she believes that by sitting quietly and not swatting a fly on his/her hand, the police will she that she is harmless.

So harmless that she wouldn’t even harm a fly, just as Norman’s eyes rise up to stare down the camera lens, directly at the audience.

What makes the moment so chilling is Hitchcock’s use of editing as the shot changes from Norman to Marion’s car being dragged from the swamp (containing the Macguffin of the $40,000). For a split second, the image of Mrs Bates’s skull is superimposed on top of Norman’s.

After a 4 year hiatus and a production that was dogged with snide tabloid rumours, James Bond returned to the screen with a bang in 2006. Daniel Craig had the last laugh as Casino Royale was a critical and commercial success. Joining a beloved franchise that had spanned nearly 5 decades, Craig certainly had his work cut out for him. The preceding films had stuck to a formula which had carried the series through some peaks and troughs but it clearly worked, even the films which were considered flops turned a healthy profit.

It was a bold move therefore to break the mold with Casino Royale: a Bond audience expects certain things from a 007 film: action, adventure, exotic locales and interesting villains to name a few. Casino Royale has these but it somehow feels different to the traditional Bond movies. Certain key elements were missing: a scene with Bond’s gadget man, Q for instance, an encounter with M’s secretary Miss Moneypenny and most notably the James Bond theme was not woven throughout the score as would usually be expected.

It was a mark of genius therefore to end the film with something so familiar. As an origin story, throughout Casino Royale we get to see Bond evolving into the agent we are familiar with. His last encounter is with villainous puppet master Mr. White. He is tracked to a remote location in Italy. Bond phones him and a confused Mr. White asks; “Who is this?” just before being shot in the ankle. The Bond theme starts to swell as we see 007 walk up and loom ominously over the stricken bad guy. Having being so wilfully different for the duration of the movie, Casino Royale ends with the most iconic line from the series:

As the last lines are so important, we’ll leave them to you. Let us know in the comments below, which are your faves and which we might have missed.