What we can say about Australian cinema is that it’s vigorous and flexible. It runs from close personal dramas of relationship like Lantana to elegant period pieces like Picnic at Hanging Rock (or rugged ones like The Proposition) to glorious pulp like Mad Max. The frontier qualities of the continent are brought out in films featuring Aborigines, from Walkabout to The Fringe Dwellers to the Aboriginal-language Ten Canoes and the deeply sad but romantic Samson and Delilah. The brilliant, harsh new gangster film Animal Kingdom, which is both down-and-dirty and epic, blends several of those essential Australian qualities. It’s about crime in a world gone wild, civilization on the edge of chaos, but it’s about deep intense relationships too, an abbreviated nihilistic Aussie Godfather, if you will. The Australians have always taken English language films to new and wilder places in a wealth of genres. 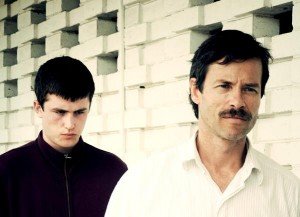 Guy Pearce, one of Australia’s finest movie actors despite having been born in England, has an understated role in Michôd’s film, but one that neatly fits both the film and Pearce’s world view. “I struggle with the whole notion of calling someone the ‘good guy’ or the ‘bad guy’,” Pearce has said. This is a hint of Pearce’s close relationship with the film noir sensbilbity, where the moral distinctions are blurred and the hero is often a fall guy or loser. Animal Kingdom is set in a seedy, but also rather ordinary, section of Melbourne where the line between cops and robbers has blurred. The police campaign to destroy the criminal Cody family is more like gang war than law enforcement. As Sgt Leckie, the detective who tries to ‘turn’ J, the hulking kid in the Cody family who might or might not help bring it down, Pearce is a slippery character, seemingly competent and friendly, a standup chap, actually manipulative and treacherous. Yet he does want to appeal to J’s good side. Key to Animal Kingdom is Smurf Cody, the earthy mother, who turns out to be both a protector and a betrayer in the family. She is the figure who most gives the scene its homey, intimately familial quality, and Jacki Weaver, who plays Smurf, has been most commented upon of all the strong cast (and got the film’s one Oscar nomination). Like Sgt Leckie, she’s not at all as she first appears. Warm, maternal, almost inappropriately sexual with her boys, she’s deeply at home in the gangster life they all lead because she’s tough and dangerous.

Pearce’s career has shown an actor as vigorous and flexible as Australian cinema and his accomplishment has brought him into the broader world of English and American films. In Priscilla, Queen of the Desert, he played an outrageous drag queen. 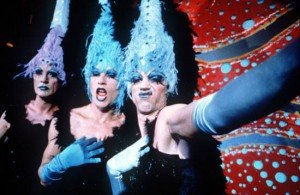 He will be long remembered for his performance as Shelby in Christopher Nolan’s run-backward non-linear debut masterpiece, Memento. There’s something quintessentially Guy Pearce in Shelby’s starved body and bony, haggard, haunted face. 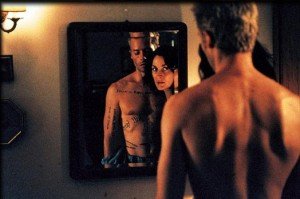 Often when Pearce pops up he is both recognizable and completely different. He fits suavely into the role of Exley, another profoundly ambiguous cop in the bright stylish dazzler of a movie Curtis Hansen and Brian Helgelund (the script writer) made out of novelist James Elroy’s very dark and lurid L.A. Confidential. Part of the fun of that very American movie is its using Australians Russell Crowe and Guy Pearce in two of the three main male roles (always remembering Pearce was born in Cambridgeshire). 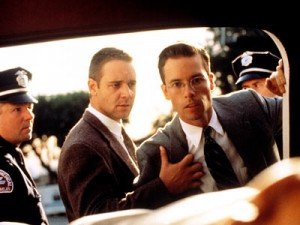 How can you describe an actor who’s a chameleon? Guy Pearce has both a slickness and an edge. He can be dangerous or soothing. He’s noirish, but there’s nothing noir about Priscilla, or Andy Warhol (in Factory Girl), or about the future Duke of Windsor in that English historical crowd-pleaser The King’s Speech. 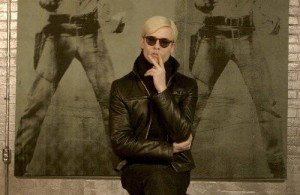 Pearce’s soon-to-abdicate English king is a droll, delicious turn. His Edward VIII is an idle playboy who just wants to run around with his divorced Yank girlfriend Mrs. Simpson, and is a little too chummy with the Nazis. However accurate the film is, Pearce makes his bit of it wittier. (Let’s not forget also that in that film it’s another Aussie, Geoffrey Rush, who teaches the English king to speak.) Pearce is game, up for anything, ready to have fun. He’s an actor’s actor, flexible, available for a starring role or a minor one. 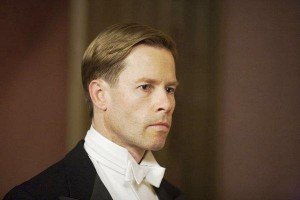 In The Hurt Locker, which the Oscar jury named as the finest movie of its year, Pearce is the meticulous — too meticulous — bomb de-fuser Staff Sergeant Matt Thompson, who gets all fitted out in the huge protective suit that his successor (Jeremy Renner) eschews, only to have his head blown off when his support team don’t respond fast enough to a telltale mobile phone user. A selfless role you may say, but Pearce brings class to everything he does, and The Hurt Locker is a fine film even to be killed in during the opening sequence. 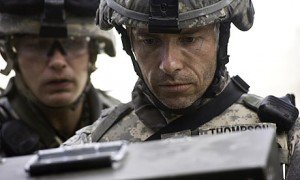 Judging from L.A. Confidential, The Hurt Locker and The King’s Speech, Guy Pearce seems to have a habit of being around when Best Picture Oscars are given out in Hollywood. He may just sneak off with an Oscar himself one day as his higher profile fellow countrymen Mel Gibson and Russell Crowe have done. But Pearce’s willingness to keep the profile low is one of his great virtues. He’s the kind of actor’s actor who surprises and satisfies, and you’ll want to see him in Animal Kingdom.