How Women and Gambling are Portrayed in Pop Culture Movies

Women and gambling are both represented in movies, though not always together. When we do see these kinds of wires crossing now and again, they often fall into regular tropes. The following portrayals are some of the standout ones that effectively show this relationship. 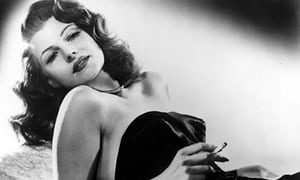 If we go right back in time to one of the first ways women appeared in gambling themed movies then we stumble across Rita Hayworth in Gilda. Back in 1946, she appeared as the wife of a casino owner in this smash hit film. This was a breakout role for the actress and she went onto a massively successful career.

This star of the silver screen didn’t win awards with this movie but she did win the hearts of her audience. She was caring, headstrong and confident – with a backstory that really tugged on the heartstrings. If you’ve not seen this movie then you should definitely consider giving it a watch. 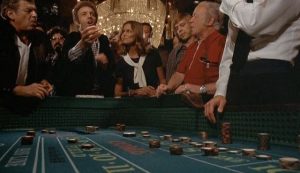 James Caan was the lead in the movie The Gambler, with Lauren Hutton appearing as his lovely wife. She’s not the most enchanting in this movie, as she’s more of a support for Caan, which is symptomatic of some of these films. Caan is the hardcore gambler, with a spiralling habit of poor decisions.

Hutton basically serves to show when his gambling reaches a fever pitch. This has her as a bit more of a tool rather than her own character, which is somewhat disappointing for fans. There are other gambling films with more compelling characters out there, unfortunately for Hutton. 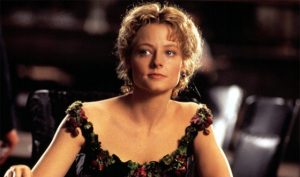 When we talk about strong female actresses, we can’t help but think of this actress. Jodie Foster starred in Maverick in 1994, alongside Mel Gibson. This was a great film for the actress and she really got to let her wild side out more than the average film. She’s a con artist in this movie and the card scenes are really great.

Nowadays, Foster is still appearing on the big screen. If you like to keep up with celebrity culture then you can create your own celebrity bingo card in this site to play with during the latest celeb happenings. Jodie Foster is an actress that just seems to have gotten better with age, we can’t wait to see what she does next. 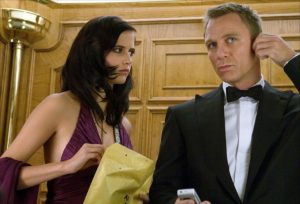 Our list would not be complete without a Bond girl and Eva Green is one of the best. She was in the standout movie Casino Royale, which was her biggest role to date. It seems like many girls grow up dreaming of being a Bond girl and Green successfully achieved her childhood goal.

The film came out back in 2006, with a range of stellar stars appearing therein. She’s a strong female character in this movie and she actually outfoxes the international man of mystery. If you needed any further convincing that women can take to the high stakes table, not just the bingo sites, then this film will do just that.

As you can see, the roles of women in these films can vary greatly, from trophies to strong leads. Gambling themed movies can definitely be tough nuts to crack and each of these actresses has done a great job in their role – though some of them could have been featured more.