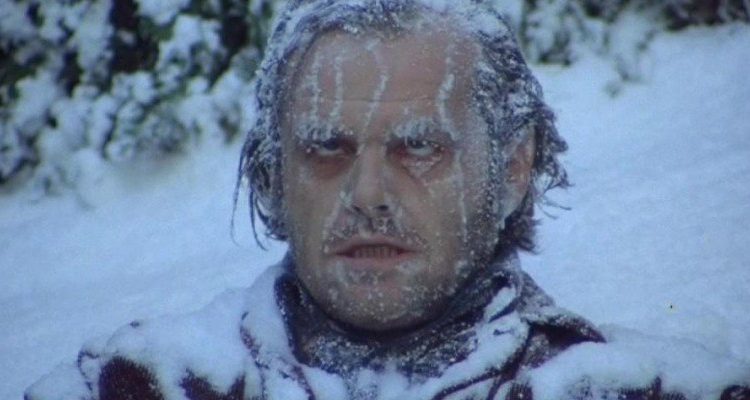 As part of July’s KubrickFeast, we asked the FeastFam team of writers to have a long, hard think about Stanley Kubrick and then wax lyrical accordingly. The results were…interesting! Next up, Jake Snape takes on The Shining.

The Shining is one of those films that comes with a big reputation; the first time I remember hearing about it was in the playground at primary school: a classmate had managed to watch half of it on VHS before getting caught by his parents. We heard tales of ghostly sisters, rivers of blood and a bathing lady who falls to pieces – he liked to exaggerate! I didn’t get to see the film until I was about 16 and by this time I’d developed a real love for film and was extremely excited to watch, despite being a little nervous of horror films. I loved it of course, It was everything I’d hoped it would be. I was suitably scared, intrigued and overwhelmed by the experience. So much so that I hadn’t watched the film again since.

Fast forward 20 years and I decided to take the plunge and watch again. As before, I had that feeling of anticipation that accompanies a film with a big reputation. Sadly this time was a completely different experience. I wouldn’t go as for as to say I disliked it but I was decidedly underwhelmed. I recognise the workings of the film are fantastic but I felt no connection to it as I did on my first watch. I think the weight of expectation had the opposite effect this time round. Most noticeably, the things that had a big impact on me first time round had somehow lost their power. The repeated scene in which we see blood gushing from a lift was stamped into my memory as an adolescent and actually made me uneasy about using them. I also developed an irrational fear of shower curtains due to the ghostly shape-shifting woman who seduces Jack before starting to decay who appears from behind one. This time however, those fears had vanished. I have to admit though, the ghostly sisters still send a shiver up my spine.

What this rewatch has done, is reignite my appreciation of Kubrick and several of his films have bumped their way to the top of my viewing list. I also had a disturbing realisation that I have seen far fewer Kubrick films than I had thought, most shockingly I’ve never seen 2001: A Space Odyssey. I’m now looking forward to exploring some films that have thus far inexplicably escaped my attention, so despite my rewatch of The Shining being a less than positive experience, something good has come of it.

Have you gone right off The Shining? Or has it grown on you over time? Let us know in the comments below…