Our third roundup of short films at this year’s BFI London Film Festival is a bit of a mixed bag. We have 5 films that veer in subject between sweet family animation and extreme experimental art, which is great, though they veer also in quality between highly polished and pretty unwatchable. Our films this time round come from South Africa, Italy, USA, the UK and Serbia.

In no particular order, then: 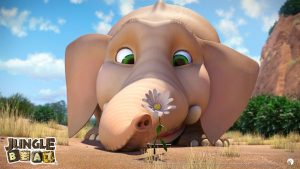 Crush is a fantastic little children’s film. It is beautifully animated story about an elephant who goes to extraordinary lengths to revive a delicate little flower that he has accidentally damaged and is in danger of destroying. His efforts lead to more trouble and a whirlwind of bent trees and flying water, though everything turns out just fine in the end. It is a great mixture of slapstick comedy with a pleasing message.

The animation is top notch CGI. Though Brent Dawes is credited as director and is senior Writer and director at Sunrise Studios in Cape Town, there is a small army of modellers and animators behind whose work is also fantastic.

Crush is part of a South African television series called Jungle Beat, which features in each of its 26 episodes a different animated character. It is a testament to the quality of work done by Dawes and his team that Crush is able to stand alone (at a Film Festival too) as a short film in its own right. 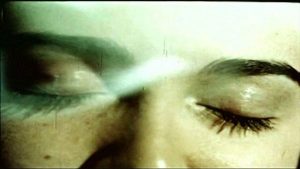 I don’t know where to begin with No More Lonely Nights. Oh hang on, I do. I hated every second of it. Every headache-inducing, eardrum-splitting second of it. Though I’ve made my dislike of concept-heavy experimenta clear before, I feel it needs reiterating here. The concept is flawed, the narration is gibberish and the images are cut together in an unpleasant blur of flashing lights and pointless static.

I quote below from the synopsis as it is written at www.reelport.com (where it also states, by the way, that this film won the Special Jury Prize at the Torino Film Festival) and I’m still none the wiser:

“This film is an excavation experience among the forms of the fictional film, especially of melodrama. Emblem of cinema as an imitation of life, under his polished surface melodrama hides the restlessness of life itself. Starting from the cliché of the woman crying over a lost love, a journey begins in search of the background radiation of fiction cinema. It was necessary to forget every linguistic and dramaturgical convention, and get lost in a multitude of images and sounds, of crystal universes about to explode and subatomic labyrinths, to the point where image ceases to represent, and becomes pulsation. It weaves fields of modulated tensions, and reveals the vibration of the unseen. Cinema becomes a language of the invisible. A whisper that one can hear between porosities and ripples of the image as simulation.”

Nonsense. Worthy, I have no doubt, in its use of reclaimed film-clips and images (though I’d rather just watch the films referenced themselves… and I hate melodramas), but utter nonsense. 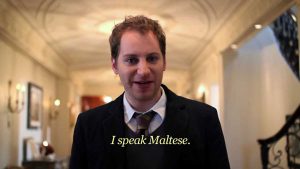 The Hyperglot is a very funny, very sweet American romantic comedy. Shot on location in New York, it tell us the story of the eponymous Hyperglot (which is, we’re told, one who can speak more than 10 languages) Jake, and his search through the labyrinthine tunnels of 30-something romance. He is able to speak whatever language the woman he fancies speaks, though he has yet to master the art of truly speaking to them. Partly this is down to his hunky Brazilian friend being with him all the time, but partly it is down to his inability to see beyond his desire to traverse the language barriers modern New York throws up.

The Hyperglot, written and directed by its star, Michael Urie, comes across as a perfectly structured sitcom episode. It could have been plucked mid-season from something like Louie or Bored to Death, both low-key but hilarious series about the maelstrom of language and personality and emotion that is the Big Apple. Jake sees a woman on the subway reading a book in Maltese, she catches his eye and fires his longing and so he proceeds to learn Maltese and track her down, which leads to an odd misunderstanding and a very unexpected connection.

If Michael Urie does not really speak all of the languages Jake does in the film then he is a fantastic actor. In fact, all of the performances in the film are great and it is a master-class in the use of subtitles and on-screen prompts; as well as sound, particularly later in the film.

Beasts (Life, But Is It A Dream? package) 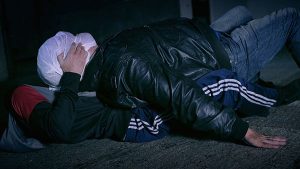 Beasts is a very unpleasant film. Unpleasant and violent and, assuming I’ve read its meaning correctly, both affecting and, at the same time, breathtakingly simple.

Over the course of its 6 minutes Beasts shows us two youths, both in thickly laid-on makeup, attempting to beat up and possibly kill a large violent looking man in an underground parking lot. We are spared none of the brutal effects (shot in Stark HD and mostly in slow motion) of the various blows landed on the three combatants. We are never told what the situation is – why are the youths in makeup? What is their relationship to the large man. Why are they so intent on doing him in? It is certainly extremely in-your-face and violent yet oddly captivating, like a bloodstained dance of missing teeth and bloodied noses. What makes it all the more unpleasant is the realistic nature of the violence. There are no Hollywood “thwack” or “Kerpow” sounds, no flying bodies or elaborate choreographies, only the dull pain thud of real pain.

This is made all the more jarring by the encroachment, every now and then, of shots of, presumably, the three involved in the violence as young children; innocent of face and happy of action, jumping up and down, oblivious to what their future selves (or, at the very least, adult analogues) have made of the world they live in, and are trying to prevent their fellow human beings from living in.

If I’ve read this correctly, it’s a quite thought-provoking 6 minutes. If I’ve not, then it’s 6 minutes of pretty well staged and shot violence.

Each of these films will be screening, at the BFI London Film Festival, with the rest of their respective packages.