by Bruce Bailey
in Spotlight

The short films on show at this year’s BFI London Film Festival are, as last year, attached to each of the strands and grouped together, broadly, by theme. There are significantly more short films this year, each strand having at least one set of shorts – in some cases, like the Experimenta strand, there are nine, though some of these are individual director retrospectives.

From the Debate strand, the collection of shorts is called Last Man Standing is a Girl, and, as the title suggests, takes a look at the role of the young woman in a world not explicitly designed for them.

Produced as part of The Guardian and Royal Court’s filmed microplay project and taking its name from the 1990 single by Deee-Lite, GROOVE… tells us of the enduring power of music and its loving curation to transcend time and carry emotions and memories through all of life’s moments. We see the good and the bad, the happy and the sad. A young girl (Ruby Ashbourne Serkis) makes a mix-tape, dancing and miming all of its music (the mix-tape becomes itself an emotional ritual performance – the care she takes to get the tape to start recording at just the right moment, for example) and lovingly creating its case. Years later, presumably, a man (Tobias Menzies) listens to the tape in the absence of the girl (we are not told where she is) and is carried away on the same emotional tide that created it. A slight film, leaving much unsaid (it does, however, say much of what it has to say in the subtle visual differences between the time periods), which nonetheless contains a lot of heart.

The festival programme describes this film thusly: A young girls sneaks out of the house one evening to see her classmates. And that pretty much says it all, really. Filmed in grainy black and white, with minimal dialogue, the young girl leaves the house, goes to the park, drinks some wine with a boy she presumably fancies (who then leaves with another girl) and returns home. We later see her returning to her house with her father (?). There is a slight menace about the film, given added urgency by the monochrome visuals, and there is an uneasiness about the ending that tells us that perhaps all is not as quiet and routine as we perhaps first thought. 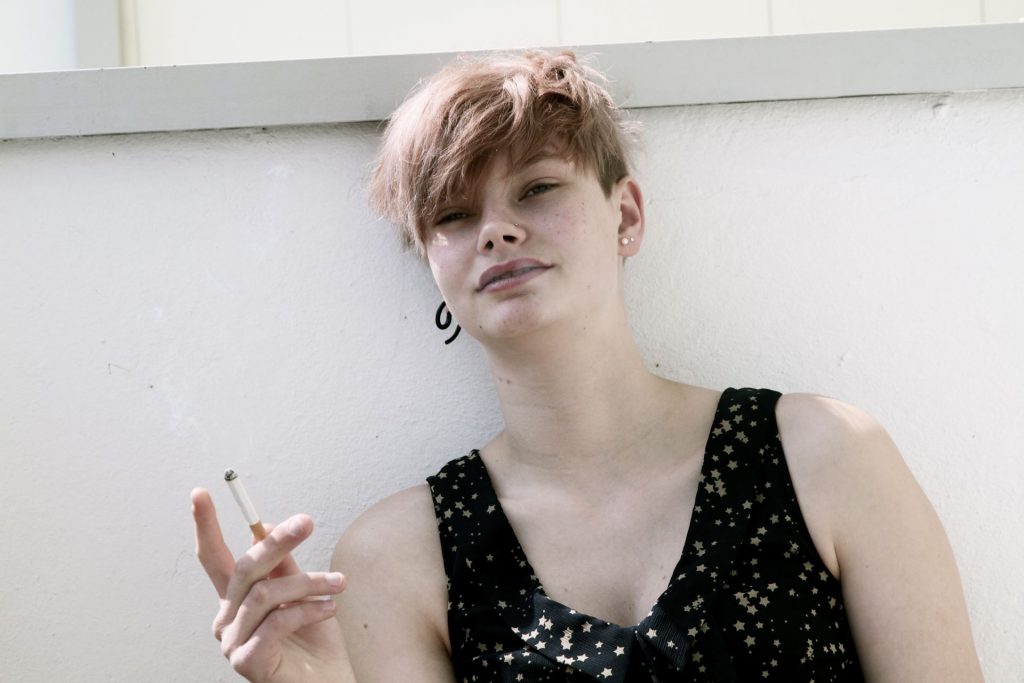 What starts off as merely the diary of a young girl trying to figure out her place in the world becomes an altogether more emotional piece as she confronts her family history and the effects it has on her everyday life. Filmed in the traditional documentary style, Yasmin struggles with everyday realities – what she would like to be, how she is to go about achieving that. She talks about her love of German literature and is somewhat taken aback by the college interviewer’s insistence that she take up something far less intellectual. All of this matters very little however when we learn of her family history, and suddenly it becomes that which she must come to terms with, how these internal familial crises outweigh anything and yet compound that which society challenge her with. Of all the films on display in this collection, this is probably the one that most realistically portrays the life of the average young woman.

The things a young girl must deal with on an average day, all compounded into one extended moment of growth and overcoming. She walks to school and encounters a strange man in a car, she arrives at school and plays basketball with the boys (and acquits herself very well indeed – though she seems excluded from any bonhomie on the court) and then catches a bus home. It is here on the bus that the average and parental fears of and for the teenage girl are played out – though quick to lay blame, the situation arises and escalates far too quickly for the young to even realise who, if anybody, is most affected. Melis Balaban is great as the young girl, showing a mixture of vulnerability and independent strength that perfectly complements the staid atmosphere of the film – though when required, her sense of frustration and fear is allowed to come out without seeming forced or melodramatic. A slight film, once again, hampered by its short running time, but very good.

The central conceit of CATWALK comes and goes in the blink of an eye, and once we’ve realised what it is (which is shown us in the first scene) the novelty and the message gradually lessen throughout the film’s 10 minutes until the rather surprising conclusion. A group of young Swedish girls dressed out in the latest fashions discuss what fashion means to them, and what individuality means in a world dominated by trends and vacuous visual verisimilitudes. One of the girls, however, does not wear the latest fashions, and is consequently excluded from both the conversations and their intended outcomes. This exclusion extends into the girl’s home life and her parents are at pains to keep her a young girl, to impress on her the idea that fashion and clothes do not make the person. We then see them at a designer clothing store where the assistant convinces the parents to let the young girl try on various clothes, though her parents are less than pleased. The final scene contradicts what has gone immediately before and in a way sabotages what is ostensibly the films message, though this become less clear when we see the outcome. Well shot, well acted by a very young cast, but perhaps a little too on-the-nose in the end. 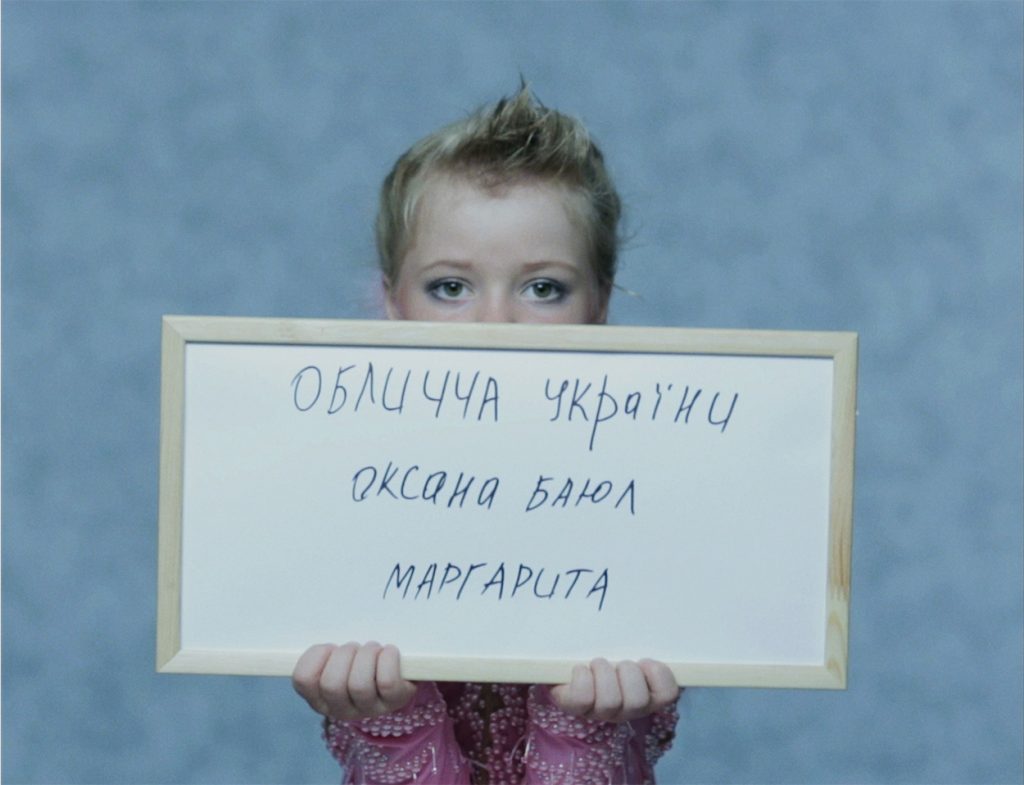 Various young Ukrainian girls, all decked out in blue dresses and sequins sit in front of the camera, auditioning for us for the part of Ukrainian figure skater, Oksana Baiul. They are shown us in turns, one by one acting out various interview moments, shedding tears of joy (and in one odd moment, probably, pain) and playing up to an imaginary crowd. Each then gets her chance to hold a bouquet receive the adulation that comes with being a champion. Only, they aren’t, and each is, apart from the requisite fey features and blonde hair, different enough from the others to make the film’s point not only apparent, but valid. We know that these girls are auditioning for a part, but only on the strength of the implication of the word “casting” in the title. They are indeed being cast – into a role, into a world, into expectations. There comes a point in the film, an odd and disturbing point, where there is a potential crossover between what is part of the audition and what is part of a confession. Ostensibly only a small collection of to-camera talking heads, but one that leaves a lasting impact. 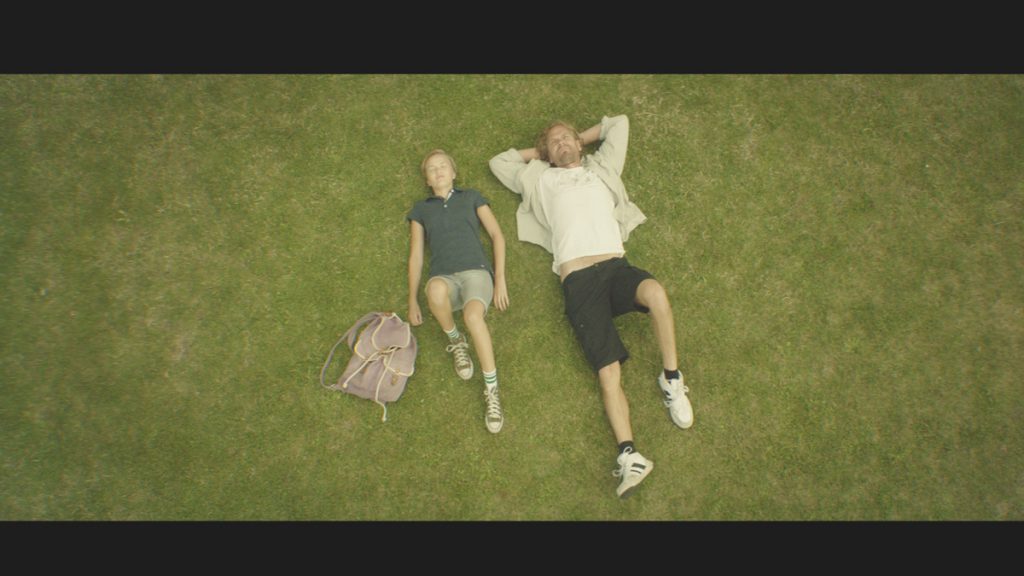 A Swedish Lolita story, of a fashion – only this time we are seemingly asked to lay our sympathies with the innocence of the situation. It is a cunning conceit, and one that forces us to confront prejudices (concerning age and privacy and acceptance) and question the standards by which we judge ourselves and others. Julie is a boyish young girl, living with her mother in a nice flat, across from which she can see, when her curtains are open and when, presumably, she is alone, her middle-aged neighbour Paul; with whom she has, in her own private teenage world, a relationship stronger than others are capable of knowing and yet which she herself does not truly know. For his part, Paul is largely a passenger, sitting in his window, minding his own business, neither (from what we see here) affirming nor denying her affections, of which, we assume, he must be aware. Is he oblivious? Or merely not interested. Or is he aware of the differences and implications that Julie is not? When Julie invites Paul to an outing at the lake, a moment of bravura unbefitting her and Paul’s situation leads to the outside world gaining access to what had, previously, been of her own making. The reality of the moment is not lost on Paul, nor indeed is it on anybody else at the lake. This is a very low-key film, with good performances and a message that is not only deeply personal, but very well enacted. Where it could have been salacious and sensationalist, it has opted instead for maturity and quiet. 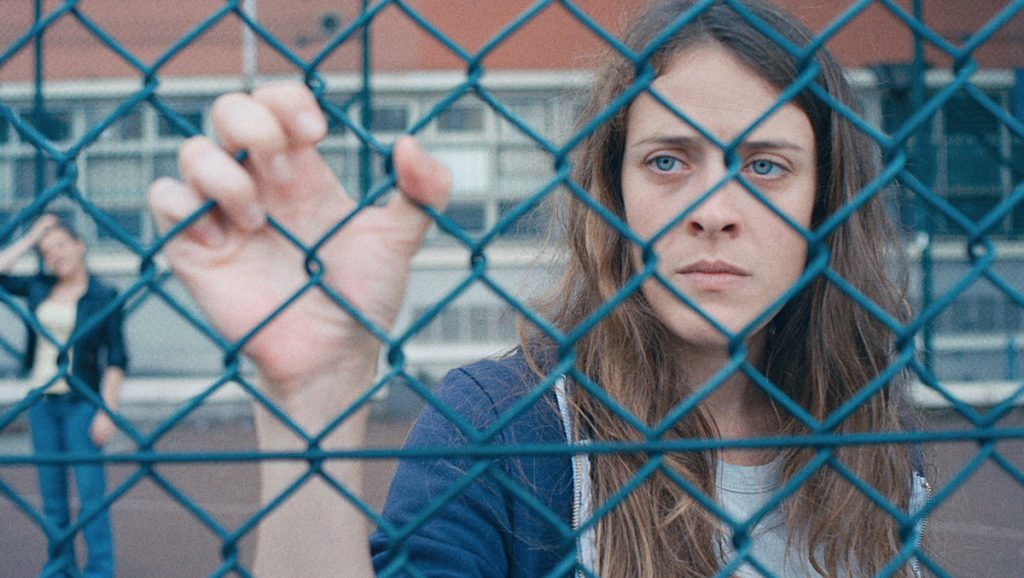 Based on the director’s own experiences in an Accommodation and Social Rehabilitation Centre in Paris, A FEW SECONDS tells the sometimes harrowing story of a group of young women driven from society and drawn together by their traumatic pasts that include, variously, rape, violence and abandonment. Through their shared experiences they have come together as their own little community bonded by a desire to overcome what has been, in the hopes of (portrayed in the film by the symbolic pregnancy of the main character) creating something new and better. This is not a pleasant film, certainly, there is conflict and vitriol and the lingering knowledge that these women’s lives have derailed beyond any sense of normalcy. Their day to day activities are geared towards forgetting, whilst each of the women acts as a constant reminder to the others. One of the women, though, is unable to come to terms with her situation and it is her story that has the most impact. Whereas the other women make an attempt at living their lives anew, Sam, it seems, faces a much harder battle. Shot in a very naturalistic, faux-documentary style, this is obviously a very deeply personal film – one steeped in hope and a fighting spirit, perfectly captured in the wonderful performances. 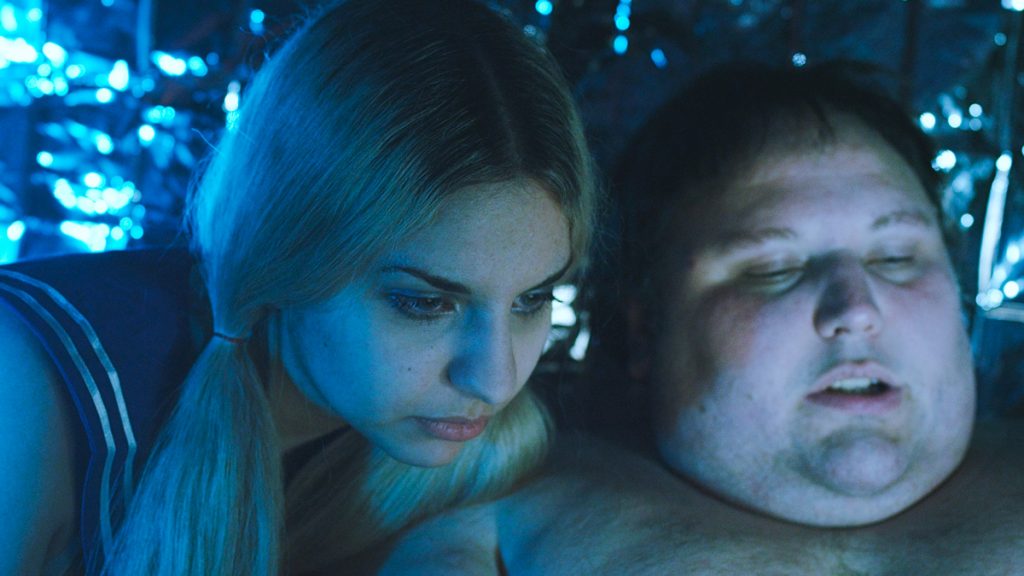 The second British film in this collection, Boulifa’s RATE ME is the best of the lot. Part social commentary, part biography, part indictment of the digital age and the fickleness it engenders, RATE ME tells the story of a teenage call-girl, Coco, through the interactions, tellingly, not so much between Coco and her clients, but between the clients themselves. Set out as a series of reviews left for Coco on an internet forum, presumably on the website for whom she works, sometimes merely commenting on Coco and her services, sometimes gain-saying what other reviews say. Always mean-spirited, sometimes funny, sometimes flat-out mendacious, sometimes sick and twisted, always without a single thought for anybody’s feelings or for a common decency long since removed in a world where real cause and effect are separated by a computer screen. RATE ME is filled with all manner of little technical tricks and playful visuals, and the computer-based central conceit, though at times at odds with what we see one the screen, allows Boulifa to really have fun with the soundtrack. As the reviews get more outlandish and the moderator is compelled to step in, we learn a little more about Coco each time. Zehra Zorba is fantastic as Coco, both coldly detached and desperately emotional, and though the narrative through-line of the film is more implied by the imposed intertitles than a linear path, by the end of the film we identify with her. This is a harsh, funny, interesting and, at times, harrowing look at how our interactions in the digital world are based in, and affect, very real situations.