When it comes to important nights on the calendar for people involved in the film industry, the Baftas is always one to look out for. This year’s awards ceremony is less than three weeks away right now with it taking place on Sunday, February 18th. It will be the second year running that it has been held at London’s Royal Albert Hall, with Joanna Lumley replacing Stephen Fry as host; after he stepped down following a 12 year stint. People are already looking forward to the event, and are eager to see who will run out as winners on the night.

In terms of the categories, some are always hotly contested, while others usually see someone way out in front in terms of their chances of winning. Gary Oldman for example is strongly tipped to take home the Best Actor award for his stellar performance in Darkest Hour. Timothee Chalamet (Call Me By Your Name), Daniel Day-Lewis (Phantom Thread) and Daniel Kaluuya (Get Out) were all impressive too, but Oldman as Winston Churchill really stands out. This sentiment is underlined by most established gaming brands like Unibet having Mr Oldman as the 1/20 odds on favourite. 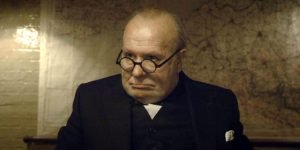 The same could be said about those in the running for the Best Actress award too. Frances McDormand who played Mildred in Three Billboards Outside Ebbing, Missouri, like Gary Oldman in Darkest Hour, is out in front in terms of the competition. You can’t take anything away from the likes of Saoirse Ronan (Lady Bird), Sally Hawkins (The Shape of Water) and Margot Robbie (I, Tonya) who were superb in their own right. 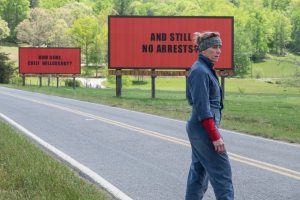 Three Billboards Outside Ebbing, Missouri is a real stand out film from the last 12 months, and it comes as no surprise that it is up for awards in a couple of categories too. It’s highly likely to go on and be named as the Outstanding British Film winner on the night even though Darkest Hour was a huge hit too. It’s also possible that Three Billboards could pick up the Best Film award too but it faces stiff competition from The Shape of Water primarily but Dunkirk is also in the mix too.

Another category which is always hotly contested is that of Best Director. As things stand many are feeling that Guillermo del Toro will just edge proceedings after his work on The Shape Of Water. It’s far from clear cut though as Christopher Nolan for his work on Dunkirk is very much in the running too and it wouldn’t be a surprise to see him named as the winner on the evening.

The 2018 BAFTA awards is set to be another great event, packed with A-listers, glitz and glamour. While some winners are likely to be those that the majority felt would win prior to the ceremony there could be a few shocks and twists along the way which will help to keep things interesting. Everyone in the running for an award deserves to be there in their own right and it will certainly be interesting to see who eventually picks up awards at the Royal Albert Hall.