Love Film…Hate the Cinema? Our Pet Peeves at the ‘Plex!

Ok, that sounds a little unfair to the cinematic experience. To rephrase, it’s the trauma caused by experiencing other people at the cinema. When quizzed on what was the biggest turn-off when seeing films on the silver screen, the most placid of people morphed into a baying mob: “hearing other people”, “the rest of the audience”, “other people” came the responses whilst we were pelted with imaginary rotten cabbages.

Specifically, a sizeable chunk of you on Twitter (33%) mentioned kids. Particularly pesky kids, we’re guessing. And in some ways we’re inclined to agree. If you make a noise during the film trailers, that’s strike one. If you haven’t stop talking by the time the BBFC certificate fades, that’s strike two. If you react in any way other than the filmmakers intended…then you’re out, buddy! 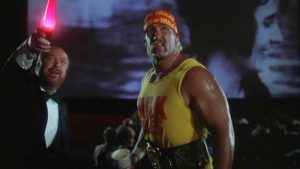 I can usually dismiss the happiness of kids because they don’t know that it’s all going to come crashing down on them soon enough. The irony though, is that we’re all cinema fans, nay, cinema lovers. As discussed in February’s Feast Fam on First Film Loves, our first cinema experiences are sacred to us. These are the experiences that shape us as film fans, as humans and one day, when everything does come crashing down, we’ll look back at these formative moments with a certain fondness yet longfully forlorn.

Don’t get me wrong; there is is a line and if the line is crossed, then see the strike system above. But the more I think about it, the more I think that these early cinema experiences shouldn’t be marred by a 40-year-old with male pattern baldness and a dad bod getting salty because you’re ruining his superhero film.

Let’s face it. Advertising is for bastards.

We’ve come a long way since the days of gondoliers singing about Cornettos, or even the slightly racist undertones that peddled us KiaOra. We might even feel pangs of nostalgia for those local curry houses we never went to, that promised us delicious plates of meat sweat, accompanied by sitar music.

Nothing in this world can diminish an experience worse than misplaced advertising, and cinema is guilty of the most heinous of these crimes. I’m talking about the pre-trailer advertisements that, with all the subtlety of a shit in a milk bottle, have slowly been crushing my soul into the sticky, moist carpets of many a multiplex, for the last twenty years. 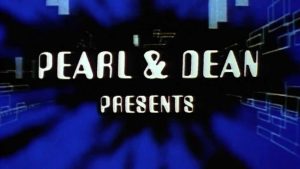 I used to get physically ill at the sound of Pearl and Dean’s trumpet blast announcement that the next 20-30 minutes of my life were about to be lost to a tsunami of audio-visual junk mail. I mean, I understand the economical benefits of cinema advertising, but throwing three Malteser commercials at me (a confectionary that appears to be aimed at female office workers who never do any work) is liable to make me lethargic rather than hungry.

Worse still are the promotional spots aimed at making you visit the cinema you’re already sitting in. It’s simply not enough that we forked out £30 for tickets, drinks, popcorn and some whipped pig in a warm bun. Oh no, not when the 4DX experience – in which audience members are sexually assaulted by their own seats, while having the equivalent of a fat man’s fart blown in their face – needs peddling.

Finally, the lights dim, the auditorium goes black and you sit forward in anticipation of a thick slice of film bread, only to be confronted with a final death rattle from the powers that be.

“There’s still time for a coke!”

The choice is ours, apparently.

For me, cinema is an immersive experience. Your eyes and ears should be glued to the screen so you don’t miss a single thing in a movie. This leads to my biggest pet peeve in the cinema – noise.

Being old enough to remember cinemas without the mobile phone warning before each film, I can only compare them to the safety videos on airplanes: people see them, they are aware of them but no-one pays attention. It only feeds my frustration that a phone has become so essential to everyday life that it cannot even be made silent for two hours or so.

If people wish to chat and check their phone during a film, they can do so – at home.

So, when I hear a ringtone go off during a film, it is immediately distracting, especially as the owner doesn’t tend to switch off their phone – they only allow it to ring out so you don’t know whether it will ring again.

Adding to this are the cinemagoers who are chatting during the film. Whether it is kids excited to see their favourite superheroes on screen to bickering couples, there are people who are seemingly unaware of being loud and that other people can hear them. It’s just inconsideration for others and that doesn’t belong in the cinema.

If A Quiet Place has proven something, cinema deserves quiet and the full attention of their audiences. If people wish to chat and check their phone during a film, they can do so – at home.

So, technically, we’re ranting about cinema experiences but my annoyance goes beyond just the cinema (we’ll get that that soon) and into every facet of our Youtube/TV/Internet lives. There’s something which makes my blood boil and I feel like I just want to Hulk-out. Hopefully like many, I’ve got a problem with the amount of trailers which are about a single film. Don’t get me wrong, trailers which show some incredible parts of epic film-watching material are essential. Trailers these days not only give spoilers such as pivotal deaths/not-deaths (I’m looking at you Blue from Jurassic Word 2) but far too much information. 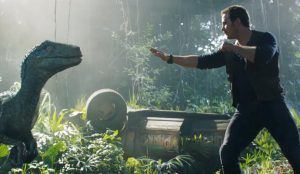 There should be a single trailer which whets the appetite for a film but does not involve too many key moments. For crying out loud, the name of the film should spark interest. For example: Star Wars: A Solo Story – sold on the name and I haven’t seen a single trailer.

Understandably, trailers are used to continuously entice a new audience in, perhaps to revitilise interest in a waning film (perhaps…release one trailer nearer the time?) or to ensure the fanbase is satiated and not moaning.

So, the cinema link then. Trailers in the cinema can be great – I have to always be in my seat before they start. Recent experiences of trailers in the cinema have left sour, unremarkable, flavours in my mouth to be honest. There was a time when trailers would leave me hanging for that film, busily writing a note of the film name or even having a brief conversation after the film. That seems to have disappeared. There hasn’t been a trailer I’ve seen at the cinema which has made me think – you know what, I’ll go see that. Trailers, eh? Nah!

Over to you guys…what are your pet peeves at the Multiplex? Let us know in the comments below and if you see us in the cinema, let’s all agree to let eachother be.