by Robin Yacoubian
in Spotlight

There’s simply no denying that the 1990s was a great decade for action films. While the 80s gave us the essential films of action titans like Sylvester Stallone and Bruce Willis, the 90s was packed full of innovations in the genre; it was the decade of the everyman hero, comedic pair ups, the slick high concept action film and much more. Above all else, it gifted audiences Terminator 2: Judgement Day, an impeccably crafted action sci-fi that still resonates as strongly with audiences today as it did twenty-six years ago. To celebrate the release of James Cameron’s masterpiece in 3D on August 29th, we thought now would be the ideal time to round up the five must see action films of such a great decade. 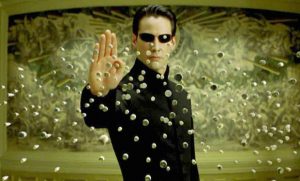 The Matrix rounded off the 1990s in much the same way that it began; with a supremely intelligent and innovative sci-fi action film that shaped the direction of the genre for years to come. Both The Matrix and Terminator 2 possess a singular ability to challenge as well as entertain the viewer, and appear almost effortless in their total control of every cinematic element. Keanu Reeves was surely born to play Neo, with his character’s mixture of action hero coolness and constant bewilderment at the world around him. Featuring a cast at the top of their game and some of the greatest action sequences to ever grace the silver screen, The Matrix still stands as one of the definitive thinking man’s action film of the 90s. 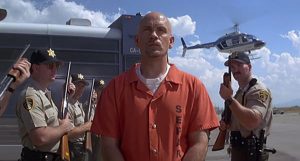 Films don’t get more ‘90s’ than Con Air; a gloriously entertaining yet ridiculous film with a brilliant high concept at the centre. The film follows a paroled ex-con who is trapped on a prisoner transport plane that has been hijacked by its passengers, and it truly makes the most of this simple but brilliant premise. There’s an overwhelming amount to love about Con Air, whether it be the vast array of actors chewing up the scenery (most notably John Malkovich) or the brilliant one-liners – think Nicolas Cage’s ‘put the bunny back in the box ’ line. Despite all this, Con Air’s standout element still remains Steve Buscemi’s Garland Greene in an understated yet disturbing performance for the ages. 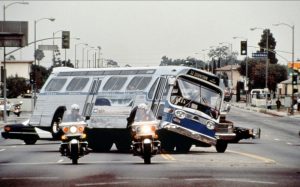 Once again embracing and popularising the slick, high concept movie, Speed centres on a young police officer who must prevent a bomb exploding aboard a city bus by keeping its speed above 50 mph. Speed is an adrenaline shot of a film that never lets up its momentum for a second throughout its two hour running time. Modern action films can often be bloated and convoluted, but Speed cuts out all unnecessary elements and in the process creates a film of pure enjoyment and energy. 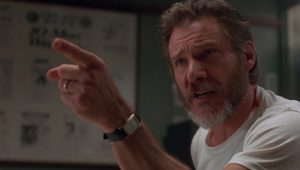 The Fugitive follows Dr. Richard Kimble, who is unjustly accused of murdering his wife and has to find the real killer while being the target of a nationwide manhunt. It is an endlessly rewatchable action-thriller that constantly manages to transcend the 1960s TV series source material to become a perfect blend of tension, intelligence and show stopping performances, particularly from Tommy Lee Jones. Beyond that, Andrew Davis truly established himself here as one of the greatest action directors of the 1990s. 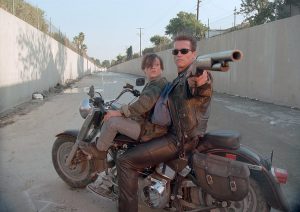 James Cameron is officially the king of sequels. First, he presented us with Aliens; an enthralling action epic that escaped needless comparisons to its predecessor by essentially being the anti-Alien in tone and direction. Then of course there is Terminator 2: Judgement Day; a film that is generally considered to be vastly superior to the first iteration and is pretty much the perfect action film. First off, it’s packed full of iconic set pieces, from the tow truck/harley davidson chase scene to the final battle with T-1000. This is together with an ingenious premise, brilliantly quotable dialogue throughout and a truly unique relationship between The Terminator and John Connor. James Cameron has made a habit throughout his career of changing the face of cinema with nearly every film that he makes, whether it be through mind boggling profits or pushing the boundaries of technology. However, Terminator 2 remains one of his greatest achievements by standing as the pinnacle of what an action movie can and should be.