Naughty or Nice: A Brief History of Christmas on Film

Christmas has started to become associated with the smell of rotting squash.

That’s right, no sooner have the remnants of Halloween festivities been scraped off the doorstep and thrown into the nearest food recycling bin, than we’re bombarded by a succession of tear jerking tv advertisements, eardrum piercing music and row upon row of objects that glisten, shine and chime in our local B & Q.

Yes, Christmas. The most wonderful time of the year, and the easiest for the TV executives to schedule. In between the Queen’s speech and the multitude of Santa themed versions of game shows you haven’t been watching all year, come the films. 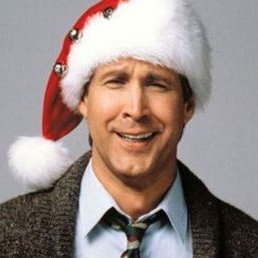 Here in the UK, Channel 5 has taken it upon itself to screen at least four Christmas themed films a day, and has been doing so since the beginning of November. They are a wonder to behold. But not a good wonder, in the sense of, say, the wonder of a meteor shower, or a sunrise, but rather the wonder of just how on Earth so many films of this type can possibly exist at all. Personally, it’s rather nauseating: these Christmas films are a constant, daily reminder that plastic gadgets and rectangular electronics haven’t yet been bought. Channel 5 is beginning to feel a little like the ticking clock that echoed throughout episodes of 24, only without the violence and shouting, which, in our household, begins around Boxing Day.

The cinema going audience’s relationship with the Christmas film has been a rocky one. There’s White Christmas, Black Christmas, Happy Christmas, This Christmas, Nightmares Before Christmas, Christmas Carols, and yet, no ‘My Christmas’, which would consist mainly of me sitting on the couch, watching my 6 year old daughter tear through wrapping paper, while I shrugged.

Ebeneezer Scrooge has been done so many times, he could probably charge a decent rate if he walked the streets. 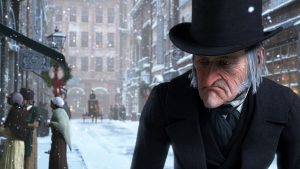 And yet, for every Christmas Carol, we now have a Fred Claus, America, after all, having the copyright on our pop culture hued image of the large, robust, bearded man in red, through his relationship with a particularly sweet fizzy drink.

In Europe, Christmas is more focused on the religious and traditional over the mainstream and the materialistic, but then America is still, relatively speaking, a young country and its relationship with Christmas is rooted in family values above all else.

It may have started with sentimental, Rockwell-esque fare, such as It’s A Wonderful Life and Miracle On 34th Street. Here were stories about ordinary people, doing extraordinary things. The trouble is, over the years, it would appear that people have grown bored of the spirit of goodwill, turning, instead, to low rent cover versions of these stories, saccharine bile so sweet, you’d be forgiven for thinking you had dropped acid in Willy Wonka’s Chocolate Factory.

And much like a mathematician might gaze at complex theories, searching for patterns, this holiday season, this writer has sat through at least 20 of these films, so far, finding patterns and story arcs that, if not as complex, are just as interesting.

If you’re into that kind of thing.

They all take place in small towns, trapped in some sort of permanent winter, a little like you took a wrong turn in Narnia, only not as appealing. There are endless candy shops, hot chocolate swilling children, and a succession of leading ladies, who are either middle aged, widowed, divorced, or all three. They usually have a dog, cat, kids, or some sort of problem at work (where they are either a teacher or a Walmart employee). They are walking, talking clichés, and the men fare no better, reduced to basically a pretty face with legs, an annoying girlfriend (or fiancé), who will conveniently sod off in the third act, allowing the main characters to finally get together, usually at some sort of family gathering, and all overseen by some eccentric relatives, one of whom is probably played by Cloris Leachman.

Occasionally, there will also be a certain supernatural element to proceedings, with the main characters blissfully unaware that they are being led to their happy ending by an elf, a ghost, an angel or even Santa Claus himself, as if he has time to make sure two people manage to get laid. Doesn’t he have iPads to make, or something? 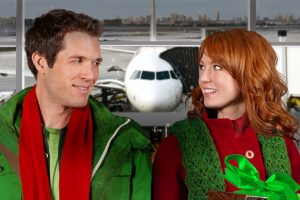 The Christmas films produced by Hallmark present a world completely outside the experience of most people living in small towns, peddling a sickly image of an eerie society in which everybody knows each other’s name, address and job description. It’s an oddly effective tactic, ratings wise, that encourages more mainstream, below par smile fests like The Gilmore Girls, that are about as welcome in any tv schedule as a box of chocolate dicks at a four year old’s birthday party.

It’s overload, of course, TV having now gone digital, allowing for channels that exist only to screen such drivel.

As a child, Christmas films were the best thing about that time of year, other than the Lego and Star Wars toys, and the obligatory Beano annual. And yet as we get older, it would appear that, much as it has in the theatrical experience, the Christmas film itself is being replaced by big budget spectacle. The big hitters these days are usually a succession of Transformers, Pirates, wizards and Hobbits, with the occasional Jason Bourne thrown in there in the interests of balance, all of which clog up the main channels’ schedules, often repeatedly, over the course of each week.

Not that the Christmas schedules haven’t always done this, mind you. Since the 70s there hasn’t been a Christmas yet in which The Sound Of Music hasn’t featured somewhere down the line. The same goes for Jaws and Monty Python’s Life Of Brian. Its just that this was a time before satellite tv, before streaming services, binge watching and downloads. A time when you would buy the Christmas TV guide and would circle each of the films you wanted to see. It felt more communal, more important.

Maybe, in this 21st century, digital age, we’ve grown too cynical for the Christmas film? With the exception of Jon Favreau’s excellent Elf, most of the festive set films being produced today, are darker in tone, more pessimistic in nature, such as Krampus, not a bad movie by any stretch of the imagination, but certainly not a heartwarmer.

Bad Santa is dripping with cynicism, yet is at least subversive enough to offer a feel good ending, that refreshingly doesn’t seem too forced or implausible. It also has the guts to comment on our obsession with empty objects, wrapped in paper and tied with bows. 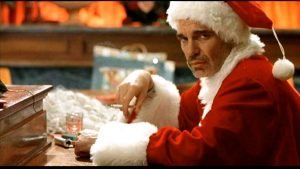 “It’s Christmas. And at Christmas, we get the shit.”

And what is Home Alone, if not one child’s violent solution to the very real threat of home invasion, and, God forbid, the loss of his materialistic possessions?

A lot of people would like to let us believe that Die Hard is a Christmas movie, a bit of a stretch really. Yes, it’s set during the festive period, but the plot and characters could exist at any time of the year. The story does not require Christmas to have any influence on the narrative. And unless Hans Gruber is saved from his slow motion plunge into oblivion by David Huddleston doing the “super dooper looper” in his sleigh, Die Hard is not the embodiment of the Christmas spirit.

The same goes for Eyes Wide Shut, no matter how many phallic Christmas trees Kubrick felt his sets required.

Even Sofia Coppolla’s A Very Murray Christmas, while attempting to get into the spirit of things, is a little too cool and aloof for its own good.

And yet, deep down, this writer’s a sucker for this particular genre, perhaps his inner child’s final death rattle.

There’s still room out there, surely, for the likes of Ralphie scheming for that BB Gun, or Chevy Chase stapling 1000 lights to his house. There may even be room yet for Charlie Brown and that flying Snowman, for Judy Garland singing to her little sister as the snow falls gently outside.

Christmas may be the most wonderful time of the year, but its also the time of the year when the power of film can drain away my cynicism, and let me give in to my sentimental side.

After all, if you don’t love Michael Caine being shown the error of his ways by a fistful of muppets, you’ve probably got a stick of holly in your heart.

Which festive films make you go full Scrooge (before or after)? Let us know in the comments below.