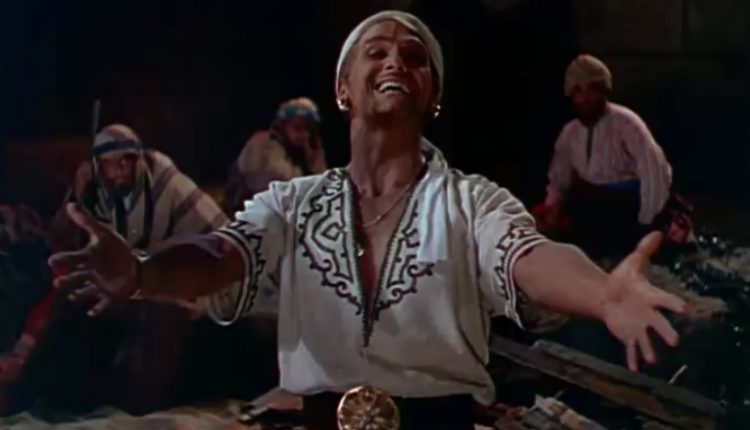 Twenty years ago today Douglas Fairbanks Jr. died. One of Hollywood’s last great swash-bucklers, Fairbanks Jr. – son of silent cinema legend Douglas Fairbanks – is best remembered as one of the architypal action heroes in such big screen adventures as The Prisoner of Zenda (1937), The Sun Never Sets (1939) and Sinbad the Sailor (1947).

Fairbanks Jr.’s life was equally colourful off screen. A decorated war hero, he was married three times including briefly to Hollywood icon Joan Crawford. Father to three children, he died aged 90 in New York City on 7th May, 2000, one of the last great matinee idols of Hollywood’s Golden Age.