The projector’s turned off, the red carpet rolled up and unwanted delegates have been banished from the safe confines of the 5 star Excelsior hotel. After 11 days of non-stop screenings and a dollop of star power, the 71st Venice International Film Festival has drawn to a close.

When the programme was first announced, a slightly flat feeling descended on the world’s oldest film festival. Compared to previous years, many of the big names stayed away. David Fincher’s Gone Girl and Paul Thomas Anderson’s Inherent Vice, both said to have been pursued passionately by Venice, chose to take their wares stateside.

A sprinkling of Hollywood glamour arrived in town, most notably Alejandro González Iñárritu’s Birdman, a biting showbiz satire featuring the likes of Michael Keaton, Edward Norton, Zach Galifianakis, Naomi Watts and Emma Stone, but this was a year where Toronto and New York claimed the big scalps.

Despite a weaker line-up than previous years, the 71st edition still managed to throw up some exceptional cinematic experiences. The biggest surprise came when the notoriously unpredictable jury actually awarded the Golden Lion to the best film. Roy Andersson’s frankly indescribable (although I will still attempt to do so later) A Pigeon Sat on a Branch Reflecting on Existence is a more than worthy name joining a list that over the years has included Last Year in Marienbad, The Battle of Algiers, Short Cuts and Brokeback Mountain to name but a few.

Elsewhere, the Silver Lion for best director headed to Andrei Konchalovsky for The Postman’s White Nights, the second best film I saw this year. The Grand Jury Prize went to The Look of Silence, Joshua Oppenheimer’s follow-up to one of the best documentaries of recent years, The Act of Killing, scary parenting drama Hungry Hearts scooped up both acting awards for Adam Driver and Alba Rohrwacher, and best screenplay when to Iranian drama Tales.

Depth may have been lacking, but in the Golden and Silver Lion winners, Venice unearthed two of the very best films on show in 2014 so far. There was also far more than just the main competition to watch. If anyone managed to find the time, there were some gems hidden away in the rest of the programme as well. So taking all that into account, here are my top five (although I’ve already given away one and two).

Franco Maresco’s doomed attempt to uncover shamed former Italian Prime Minister Silvio Berlusconi’s links to Sicily doesn’t really work as an expose of his ties to organised crime. As a documentary about the follies and frustrations of filmmaking though, it’s never less than fascinating. Headlined by one of the most unintentionally hilarious figures ever to find themselves prominently featured on camera – just watch it to see what I mean – it’s a real treat. 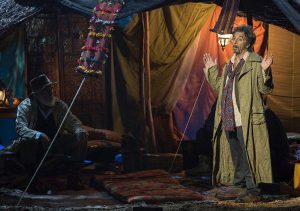 Al Pacino came roaring back in Venice this year. Although Manglehorn was the film chosen to compete for the Golden Lion, it’s this Philip Roth adaptation that deserves the plaudits. Pacino, playing a super-charged version of himself, is wickedly funny as the aging stage actor losing his talent. Throw in a bizarre love story, a woman who wants him to assassinate her husband purely because she saw him in an action film once, and plenty of opportunities to launch into monologues, and you have the best Pacino’s been for a long time. It’s also a successful adaptation of Roth, and that’s no mean feat.

3: Fires on the Plain 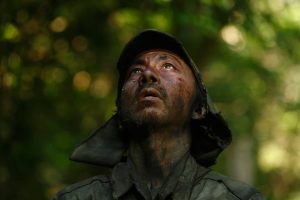 How on earth director and lead actor Shinya Tsukamoto managed to survive making his insane World War II jungle warfare breakdown is anyone’s guess. Tsukamoto plays the literary private who finds himself stuck in the middle of chaos as the shattered Japanese army falls on itself in the Philippines. With leadership non-existent, the survivors spend more time fighting each other than they do anyone else. Although when they do meet the enemy, buckets of blood are shed. It’s intense, terrifying and very, very good. 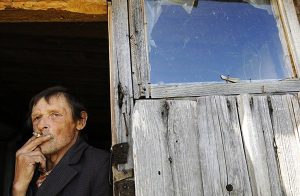 Andrei Konchalovsky’s film is a deceptively simple one. Focussing on the postman in a remote Russian town, he explores the lives they live and the challenges that occur on a daily basis. This is a world where the theft of a boat motor can have a devastating impact, a world where drunken death by drowning is a regular occurrence. Underneath the easy going gaze of its hero Lyokha, Konchalovksy has created a heart-breaking lament for a dying community. By the end, it’s clear that although the world moves on, not everyone moves with it.

1: A Pigeon Sat on a Branch Reflecting on Existence 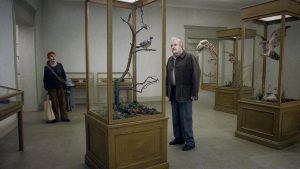 There is no way to describe Roy Andersson’s fifth film without woefully misrepresenting it. If ever a film is likely to draw completely different conclusions from every audience member, it’s this one. Tackling the very nature of existence, he takes us on an absurdist journey through a grey pastel Sweden. Deadpan salesmen sell awful novelty products, drunken bar patrons recall the good old days when a shot could be procured for a kiss, and Charles XII marches through on the way to the Russian front. Early on as the mood settles, it’s hard to work out what Andersson is trying to say about life. By the end, the real question is what hasn’t he.

So Venice took its time but it came good in the end. I guess that’s that for another year. Roll on the 72nd edition.