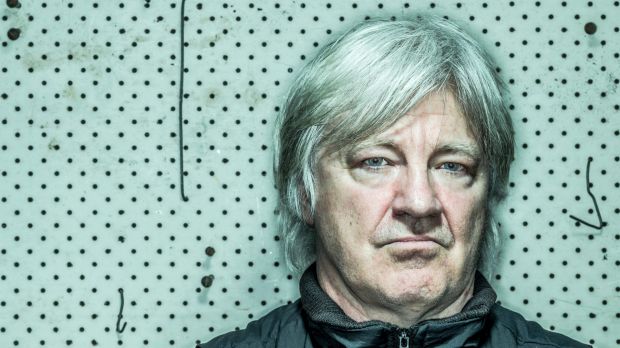 "Why would we lose our ethics after watching a movie?"

Geoffrey Wright is the Australian director of 1992’s Romper Stomper; a controversial and powerful film about skinhead culture in suburban Melbourne. In August 2017 the television network Stan commissioned a six-part mini-series sequel to the film and Wright spoke to Graham Woods of Flickfeast about his work on the project.

Flickfeast: What parallels did you see with what was happening in Australia in the early 1990s and what’s happening there now, that made you want to revisit these characters?

Geoffrey Wright: Racism and cultural panic are definitely the unifying themes between then and the present day. The labels for the cultures and subcultures have changed; the pieces on the chessboard are different. But it hasn’t really changed; it’s just dressed up differently.

There’s no way we could have justified having a lot of old-fashioned skinheads running around on screen because we just don’t see them anymore, down here. Extremists groups now have to present better, to use psychological parlance.

FF: The original Romper Stomper could sit as an Australian companion piece to American History X from the U.S.A. and This is England from the U.K.; all of which present central characters with similar politics and ideologies.How do you feel that your film differs from those two?

GW: I think that that Romper Stomper has the least editorial voice. The intentions of the other two films are, to me, very simple. Although our film was the least expensive of the three, I believe it’s the most complex. We didn’t want to lecture the audience, which we assumed would be largely main stream.

We wanted to say to them “We know that you’re going to judge these characters very quickly because they look like animals in a zoo, and you know you’re not like them. However, what happens to you, physiologically, when we put you inside the gang?” We reduced the distance between the audience and the characters. I wanted to avoid comforting them with a simple “them and us” mentality. 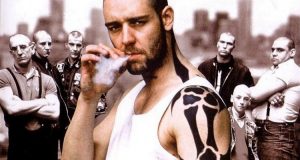 FF: You’ve been outspoken in the past about the perennial accusation levelled at films and television like yours: that they inspire copycat behaviour. Why do people still believe that depictions of violence on screen lead to episodes of real life violence perpetrated by those who have seen it?

GW: I’m quite satisfied myself, as are the people who work with me; the film crew, the actors, the funding bodies, the investors, that this is not the case. We don’t feel it. Why would we lose our ethics after watching a movie? If that were true, if that were even possible then we could take every hard-core criminal in the state, make them watch a musical or a kids cartoon and turn them into good citizens. But we all know that that wouldn’t happen.

When a person commits a murder, there are thousands of factors that have brought them to that place; sociological, personal, physiological, economical, and educational and it makes me angry when people try to boil it down to “Oh, they saw an evil movie and went crazy.”

It takes away the responsibility to address the complex solutions that are required in society, in Australia, the U.S.A. or the U.K.

FF: Can you tell us what inspired your decision to produce a six-part series for television to continue the story of Romper Stomper, rather than filming a single feature-length sequel?

GW: I think of lot of actors and filmmakers are realising that cinema and exhibition is changing. The California based studios, and others around the world are becoming very good at delivering to an identified market and they can’t be bothered telling “adult stories” or “ordinary dramas”. They’re only interested in high tech CGI spectacles. Not to diminish those films one bit; the medium of cinema is about movement and light. They’re the best examples of what the medium can offer. Superheroes are perfect for the big screen.

Old fashioned filmmakers like me are finding that the smaller screen is where the people over 30 are looking for their drama. That’s why Netflix is such a gargantuan thing. Having said that, I would still love to make more movies, it’s just becoming harder and harder to do that.

FF: Finally, I wonder if you could talk about the amount of overall control you had over the series? (Wright directed parts one and two, and the subsequent episodes were helmed by different people)

GW: I wasn’t the showrunner on the Romper Stomper series; I was just the lead director. I do aspire to be a showrunner and I’m currently creating something to do just that. I’ve got the bug now, I’ve learnt a lot.

I wrote the first and sixth episodes of Romper Stomper and provided the overall arc, but I wasn’t the filter for episodes 3, 4, 5 and 6. The show was produced democratically. Beyond those first two episodes it clearly became the vision of those subsequent directors. But the first block is definitely my turf. In Australia, we are sometimes a little old fashioned in how we produce television and I feel we need to catch up with the rest of the world.

FF: Thanks Geoffrey, it’s been a pleasure.

Romper Stomper (1992) is available on Blu-ray and DVD